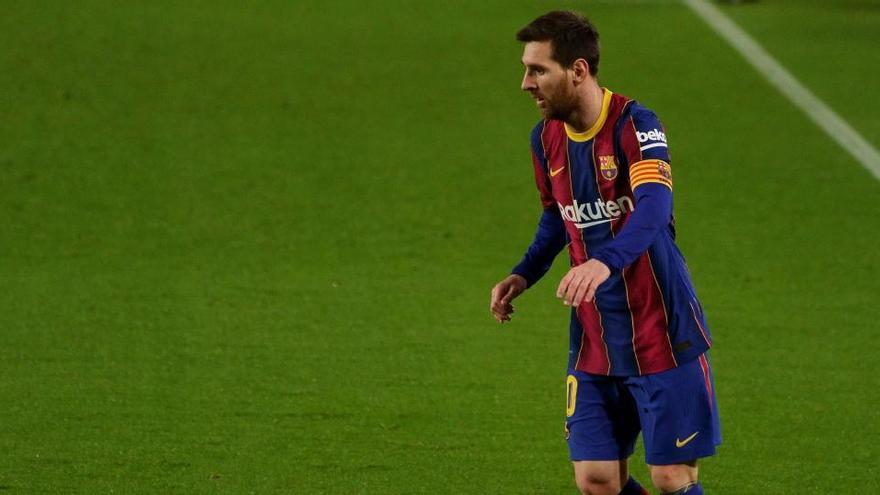 Seville Y Barcelona are measured in the first of their double duel in five days, high-flying and transcendent in a fight for the title in which they also want to put the Andalusian team as a candidate, which is suspicious of that pressure, as a prelude to Wednesday’s game in the Camp Nou to look for a ticket for the cup final.

This Saturday at the Sánchez-Pizjuán, the second of the three clashes between the two in less than a month, is presented as a examination of the aspirations and the immediate future of sevillistas and barcelonistas in the fight for The league, if others allow it (Atletico Madrid Y Real Madrid), and also for the crucial date four days later at the Cup.

With third place at stake, the team of Julen lopetegui, fourth with 48 points and one game less than the Barça, third with 50 his 3-0 in the appointment postponed on Wednesday against Elche, he arrives at the appointment launched, at an unbeatable moment and with his spirits through the roof thanks to his 6 wins in a row and 528 minutes unbeaten in LaLiga.

However, as is usual for him, the Gipuzkoan does not want to hear about challenges beyond the meeting this Saturday and, far from it, the challenge of the return of the semifinal cup on Wednesday at the Camp Nou, to which They will arrive with 2-0 in favor, and even less in the fight for the title.

The Asteasu technician goes battle to battle, avoids sugar, sweet or any honey aroma that could mislead his people, and focuses on the next bend in the road or on the new milestone of a long 38-kilometer marathon.

Sevilla continues with the losses of two Argentine struts such as the side Marcos Acuña and the extreme Lucas Ocampos, who is making progress in his recovery but still does not have “good feelings”, and they are joined as a doubt by another undisputed one like Suso Fernández, who has only been able to train one day with the group, this Friday, due to some discomfort suffered in the win by 0 -2 ante Osasuna.

Yes you have in perfect magazine condition to most of your heavyweights like the Moroccan goalkeeper Bono, the incombustible captain Jesús Navas, the powerful pair of centrals formed by the Frenchman Koundé and the Brazilian Diego Carlos, along with the also Brazilian Fernando, Jordán and the Croatian Rakitic in the midfield.

Óliver Torres could also have options for the former blue Rakitic due to his recent good interventions, with the probable entry of Munir, another former Barça player, if the ‘touched’ Suso were not a starter in an offensive trident that would be completed by the Moroccan En-Nesyri and the Argentine Papu Gómez, without ruling out the Dutch Luuk de Jong.

While, Barcelona faces in low hours this first face to face against Sevilla. After falling in the Pizjuán in the first leg of the Cup semifinals (2-0) and conceding another European win against Paris Saint-Germain (1-4) in the eighth of the Champions League, the Catalan team is playing continuity in both competitions.

In The league It comes from beating Elche (3-0) without making a brilliant game. Positioned in third place in the table, with just two points ahead of Sevilla -which has one game less-, the Barça fans need victory in Andalusia to stay alive in the fight for the title.

Your technician, Ronald Koeman, could recover the Uruguayan Ronald Araujo for the rear, three weeks after a right ankle sprain occurred, although it is likely that he will reserve it from the beginning and leave with Gerard Piqué and Samuel Umtiti as a central pair; and Sergiño Dest and Jordi Alba on the sides.

Casualties of Sergi Roberto, Philippe Coutinho and Ansu Fati Koeman’s scheme is still conditioned, who will bet on the 4-3-3 game system and will have his first swords in the eleven, even more so after the rotations he made against Elche.

Thus, Sergio Busquets, Frenkie de Jong and Pedri González will be the protagonists of the center of the field, while the attacking trio will be formed by the also usual Ousmane Dembélé, Antoine Griezmann and leo Messi. The Argentine star is also the great executioner of Sevilla, having scored 37 goals in 41 games in his career.