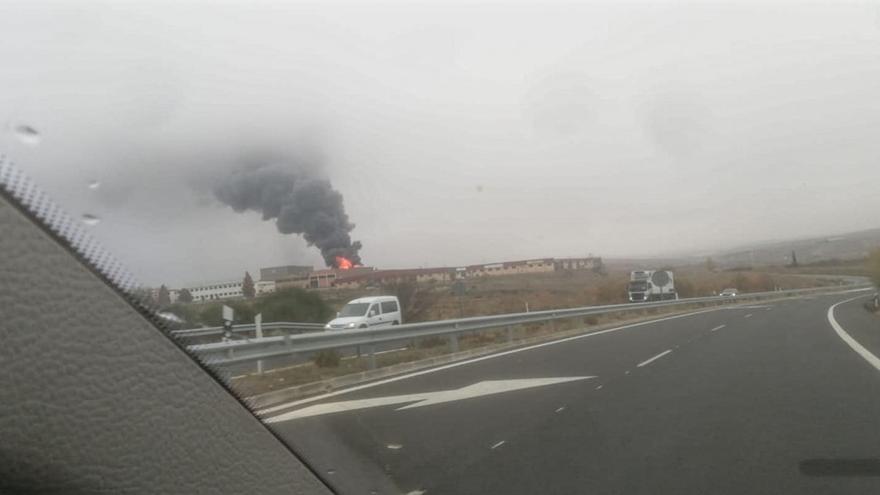 A worker has been seriously injured in a fire that started at the Kupsa chemical company in the Alava municipality of Oyón, Ertzaintza sources have informed Europa Press. There have been "several explosions" at the site, according to the Basque Police.

The fire broke out around 1:00 p.m. this Wednesday at the company, located in the El Puntido industrial estate in the town close to Logroño. The flames have forced the evacuation of the company's facilities, as well as the rest of the companies based in the polygon.

One of the Kupsa workers had to be transferred to the Logroño Hospital in critical condition, apparently with serious burns. Firefighters and various Ertzaintza crews remained, still at 2.30 pm, in the place to try to control the fire, of significant dimensions, according to the Basque Police. Thus, at the moment, the fire stations of Logroño, Laguardia, Nanclares, Espejo and Campezo are working on the incident. In addition, there are technical and operational personnel from the Safety, Economic Development, Sustainability and Environment, and Health departments displaced to the site. It is recommended to close the windows in the presence of ash and the technical staff is evaluating the situation and taking action in the next few hours.