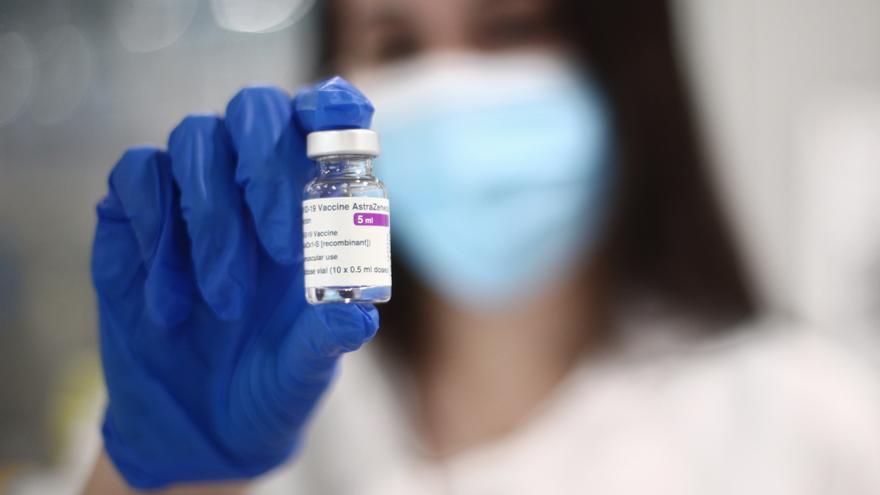 Several autonomous communities have warned this Thursday of a new delay in the shipment of AstraZeneca vaccines. Catalonia has even specified the number of doses that, it says, they will not receive next week as planned: 148,000 vaccines. The Valencian Community estimates that 12,000 of the 90,000 planned will reach it, 86% less. Galicia affirms that they “lowered” the shipment this week from 20,000 to 12,000 doses.

The alert has been triggered by the Catalan Minister of Health, Alba Vergés, who announced this Thursday that “the Ministry has just informed us that the 148,000 AstraZeneca vaccines that were due to arrive next week will not arrive. They will be delayed, at least, until Monday, April 5 ”. And he added in a tweet: “What a shame!” The Generalitat has later confirmed to elDiario.es the statement of its councilor.

The Government of the Valencian Community has also explained, for its part, to elDiario.es that they planned to receive 90,000 doses of this serum, but that they have been informed that the batch will be, for the moment, 12,000 vaccines. The Department of Health indicates that with that amount they will be able to “complete the vaccination of teachers and reach 150,000 vaccinated in this group” because, they affirm, they had “reserved doses due to the suspension of last week” of vaccinations with AstraZeneca until the European Medicines Agency gave its approval to the serum after the cases of thrombi. Sources from the Generalitat Valenciana admit, in any case, that the new delay is likely to prevent the immunization of the elderly as planned.

In Galicia, in addition to having a delay with Moderna’s serums (as in Euskadi), the Xunta affirms that, of an initially planned shipment of 22,000 doses of AstraZeneca, the shipment has been reduced this week to 12,000 of which “we have received 6,000 “. The rest is scheduled for this Friday. Sources from other regional governments have also confirmed to elDiario.es that they have been informed of delays in deliveries scheduled for next week.

The Ministry of Health, to questions from this newspaper, has not confirmed or denied that there are problems with the supply of AstraZeneca: “We do not comment on unofficial information,” a ministerial spokeswoman replied.

A chain of setbacks

This new setback with the AstraZeneca vaccine further bogs down the immunization schedule. Precisely this Wednesday the administration of sera was resumed after a week of stoppage decreed by Health while the European Medicines Agency reviewed the cases of brain thrombi in people who had previously received this vaccine. After the new security guarantee, the autonomous communities restarted the vaccination and also decided to extend the use of AstraZeneca to the population group between 55 and 65 years.

In mid-January, manufacturing problems began. The pharmaceutical company announced that it would reduce shipments to the European Union – which then proportionally distributes the doses among member states – by a third. The delay produced a storm between the European Commission and the company.

Once that crisis was overcome, on February 23, new doubts arose about AstraZeneca’s ability to fulfill the agreed shipments. The pharmaceutical plants in Europe were going to produce half of what was needed. The company then assured that it would import whatever was necessary from factories outside the scope of the European Union.

The European Commission has replied to elDiario.es that it does not expect major shocks with AstraZeneca and that it believes that “the goal of 100 million doses from all companies should be reached by the end of this four-month period”. reports Andrés Gil.

This week, Italy found 30 million doses of this serum in its territory. The Italian government withheld the shipment on suspicion that at least part of it was destined for the United Kingdom while the agreed flow to the EU does not work. Company sources, however, assured that the doses were destined in part for the European Union and on the other hand, for developing countries within the framework of international initiatives.

With information from Pau Rodríguez, Gonzalo Cortizo and Adolf Beltrán.