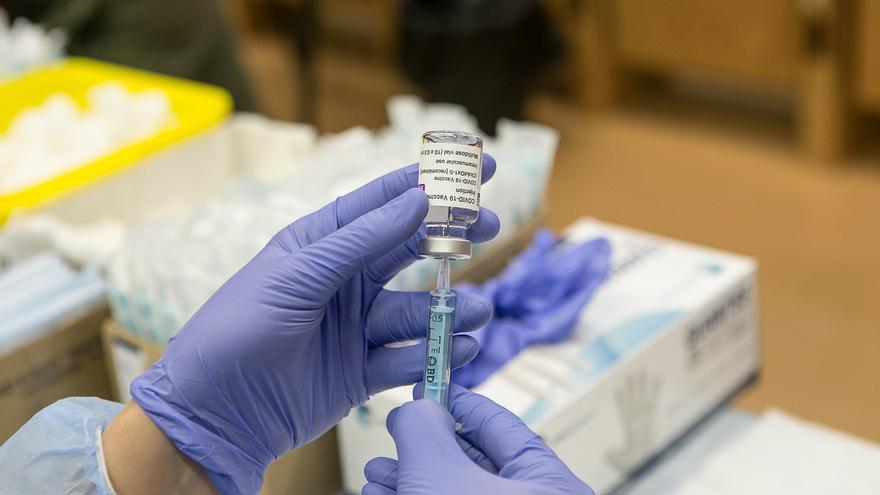 As in a chain reaction, several autonomous communities have decided to stop vaccination against COVID-19 with doses of AstraZeneca serum despite the fact that the European Medicines Agency (EMA) and the Ministry of Health exposed this Thursday that the cases of thrombi detected in Denmark or Austria in people already vaccinated were not related to the administration of the doses.

Asturias was the earliest to stop inoculation this Thursday. The next day, Andalusia, Castilla y León and Catalunya have joined to that position. All adduce precautionary reasons, although the EMA has already explained that “So far there is no indication that the vaccine has caused the thrombi.” On Thursday, the Minister of Health, Carolina Darias, reported that in Spain more than 200,000 doses of this alleged suspicious batch had been administered without alarming effects having been reported. The items now retained by these regional governments add few doses.

In fact, the Junta de Castilla y León, when informing of its decision, included in its statement that in the community “no serious adverse effect has been registered due to the inoculation of this type of vaccine or of the other vaccines authorized by the European Agency. of the Medicine “. The same dynamic has been followed by the Andalusian Health Minister, Jesús Aguirre, who, while explaining that they retain 1,200 of these doses, recalled that the EMA had not seen signs of a relationship between serum and thrombi. Catalonia has stopped the administration of 2,000 doses after having inoculated 37,000.

This Friday, the World Health Organization stated that “it is very important to understand that we should continue to use this vaccine.” A spokeswoman for the WHO has insisted that there is no need to stop using “an excellent vaccine” while reporting that the organization’s advisory committee was reviewing the matter.

It all started with several cases of people in Denmark who had received the AstraZeneca COVID-19 vaccine and later suffered from blood clots. The Scandinavian country activated the alarms and decided to stop administering this serum for 14 days. Norway, Iceland and six other European states followed.

The European Medicines Agency is studying this situation. “The Agency’s position is that the benefits of the vaccine outweigh the risks and it can continue to be administered while embolism cases are investigated,” the European body insisted. “The number of thrombus episodes in the vaccinated population does not exceed that of the general population,” he added. 30 cases of embolism have been detected among five million vaccinated people.

However, the news that came from the Nordic countries has once again hindered the vaccination dynamics in the European Union and also in Spain. In Europe, Austria, Latvia, Estonia, Luxembourg and Italy followed the Danish example (also Lithuania). In Spain, in addition to the stoppages in these communities, the Ministry of Health has postponed the decision on whether to apply this serum to people over 55, scheduled for Thursday, just after the Danish cases became known.