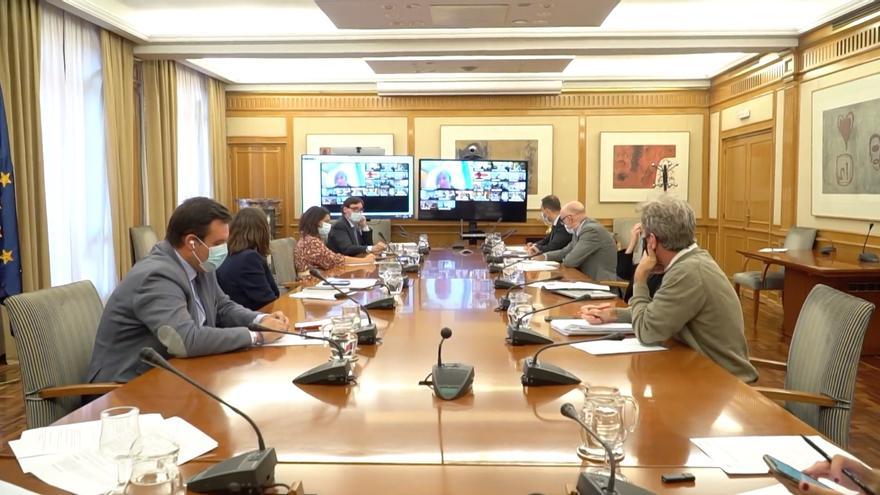 The proposal of the Ministry of Health that implies closing Madrid and other cities with an incidence of more than 500 cases per 100,000 inhabitants during the last 14 days has had in the Interterritorial Health Council the vote against all the communities of the PP except Murcia, which is has abstained, and Castilla y León, who has unmarked and voted in favor, as he has learned elDiario.es. Madrid has also finally voted against it, after a week of negotiations with the Government. It has also been shown against Catalonia, governed by JxC. The document of the team led by Salvador Illa has had the vote in favor of all the PSOE. The body seeks consensus but, in the case of not achieving it, it can reach agreements with majorities.

The draft of the document that Health has presented to the Autonomous Communities, which is a Declaration of Coordinated Actions, obliges cities that meet the proposed criteria to: restrict the entry and exit of people from the municipalities except for reasons of force majeure –Working, educational, health, care, among others–; reduce groups of people to a maximum of 6 both on public roads and in private spaces – more are allowed only if they are living together; and to suspend the activities of the playgrounds – that is, close the swings and slides areas.

The measures do not imply that movements within the municipality are not allowed. The document does specify, to which elDiario.es has had access, various capacity restrictions in wakes (limited to fifteen people outdoors and ten indoors), places of worship (30%) and establishments of all kinds (50% , 60% on outdoor terraces). Communities must also “strengthen their capacities for early detection and control of the disease.”