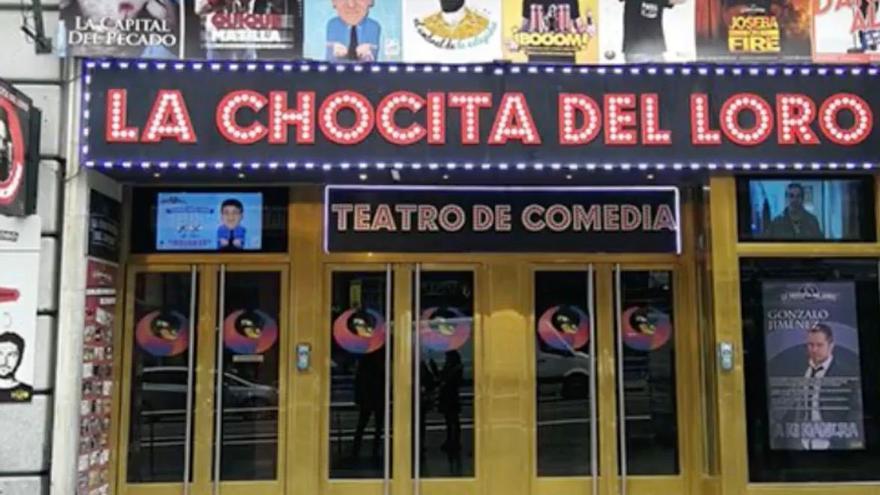 To Laura Sánchez Vegas, director of the mythical room stand up comedy from Madrid ‘La Chocita del Loro’, they asked him a few days ago on Cadena Ser why there were no women on his billboard. The numbers cry out for themselves: 26 comedians and only one comedian. To which Sánchez Vega without shaking his voice answered: “We have reached a point where a lot of the humor that women do is like victims or very feminist, and the public that goes, which is very diverse, does not usually buy it. Yes we try to have women, but it is complicated because the humor is different. ” His statements have had a lot of impact: to the cascade of criticism in networks -of fed up comedians, and outraged public- there are now several comedians who acted in the premises and who have announced that they stop doing it.

One of them is Jaime Caravaca, master of ceremonies and the guy with the colored suits from the ‘La Resistencia’ program. He has been in the room three times a month for a year, and he tells that he was on the train coming back from a gig with the also comedian Ignatius Farray when “freaking out” he showed him the “unfortunate statements of Laura and I did not give credit. He tells elDiario.es: “As I saw it, I decided that I would not return there again and I sent them a message. That same night I had a show, I made a statement on the networks asking the public to understand my decision. People wrote to me saying that I supported and understood “.

Caravaca considers himself a feminist man and points out: “Crossing the humor of the comics as very feminist, emphasizing the very, cataloging that humor can be feminist as a problem is terrible. Feminism cannot be considered as something dangerous, but rather as radically necessary. ” Caravaca says that since she read the emails that the comedian Nadin Din has posted on Twitter “this has taken on a much larger scale” and is proud of the decision she made. According to the email shown by Din, in September 2020 he wrote to the director of ‘La Chocita del Loro’ to tell her that he had “a lot of overdue texts from this year and wanted to try. I have asked about the Open and they have told me to write to you “. According to the email shown, the director replied: “You have three possibilities to participate in the open: A. have a penis, B. know how to eat penises, C. any of the above is correct.”

elDiario.es has contacted the venue, which has declined to continue responding to interviews or make statements. In front of the ball of comments that devastate him ‘La Chocita tweeted a brief text: “Apologize to people who may have felt offended (…). At no time have we wanted to offend anyone and we are sorry for what happened. La Chocita del Loro will continue working like these last 25 years “.

Pilar de Francisco currently works in the script team of Late Motiv and also does a program of sketches on Youtube called How big they are. The program is made up of Laura Márquez (script coordinator of Late Motiv), Bea Polo (director of La Vida Moderna and the comedy podcast that rampages Stretching the gum) and Borja Sumozas. Pilar de Francisco says that when she heard Laura Sánchez on the radio, she posted the cut to Twitter “out of sheer impotence and anger.” “I hadn’t heard this speech for ten years. It was a deja vu, again all the comics in the same bag. It was like when I was going to act and a spectator told me ‘I don’t like comics but today I liked you’, assuming that we were all the same. “He says that these ten years have been fundamental for women, although still there’s a lot to row, whether they’ve joined script teams, fill theaters with monologues, or are leaders of the podcasting.

“La Chocita has been frozen in time, it has not understood neither the 8M, nor that we are half the population, nor that each comic woman is a world and that good or bad comedy is not a question of gender,” he says. Pillar. The comedian says that whenever she has passed by and has seen the monologue poster, she said the same thing: “These are still in their thirteen, here few women.”

The content creator and producer known for his performances in ‘El Hormiguero’ Flipy comes to the defense of the venue: “I will not be the one who applauds La Chocita, but I think there is something called a lawsuit and the businessman or programmer does it in based on what he believes is better for his business. The rest is demagoguery, at least in this particular case. I think comedy is more than and why not me. ” Jaime Caravaca, however, is blunt: “That is like when a businessman from a small bar votes for the PP because he thinks they will help him with his business. With the business pretext that the uncles sell more, which by the way, women are busting it a lot so it is not even true, what they are doing is hiding and covering their miseries. The subtext is: I am macho to the core, I do not like comic women and I shield myself in my company to say no They give me numbers. And since I don’t try, I don’t know, and I continue with my Maccabean roll. ”

Comedian Eva Soriano has been selling everything for over a year. The 150 seats in the Palacio de la Prensa in Madrid are filled to the point of hanging a “sold out” sign in their function The sin of Eve. “I was in La Chocita when I started my career as a comedian. The working conditions are quite bad because what you charge depends on the public that goes to see you, that is, they force you to be a comedian and public relations. I have not seen that in No more theater. Currar there has been greatly devalued, before it was a quality comedy venue, now it is not. ” Soriano considers that the statements of its director, as well as those of the manager, Francisco Carrero, in The country, in which he said that the level of women to make humor it is lower they are very unfortunate. “There is a problem of context here because they still associate feminism with things of aunts Denying us furthermore, feminism for them is not equality. ”

Eva Soriano emphasizes that there are women sweeping the box office, with diverse voices and styles: “From Valeria Ros to Virginia Riezu, or Martita De Graná or the Riot Comedy show, or XL and on podcast Stretching the gum or Deformed Weekly, that are the most listened to in Spain “.

The actress and comedian Ana Morgade affirms that “there is a humor typical of each mouth that releases a joke and each ear that hears it. Humor is not static, it is not a dogma. Unless we are talking about a fart, a fart it always works. ” “What does happen constantly is that if a comic does not have a good day, or is still unpolished (something that happens to everyone), it is imposed the responsibility of representing all the comic on the planet. Nobody ever says after seeing a bad comedian Wow, I knew it: guys are not funny.“. Morgade points out that La Chocita’s macho discourse is not a new discourse, but it is totally ridiculous:” It is impossible that half of humanity is incapable of making people laugh. Even if only for pure statistics, it is foolish to hold this premise. ”