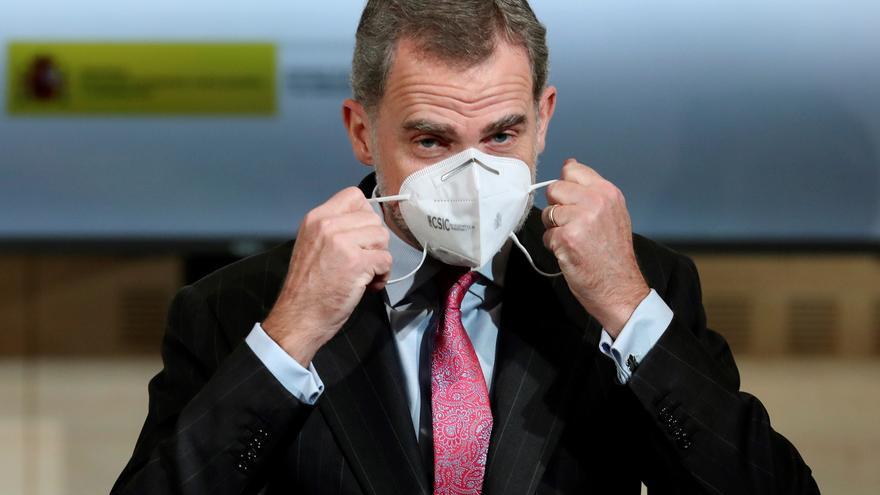 The Congress has organized an act to commemorate the 40th anniversary of the coup d’état on February 23, 1981 with the presence of King Felipe VI, Pedro Sánchez and the Government’s staff, including the four vice presidents, from which seven parties have taken down by the presence of the Head of State and also by doubts about the role that Juan Carlos I had during the coup attempt. The event, which will be attended by representatives of state institutions, will consist of speeches by the president, Meritxell Batet, and the monarch, whose participation in parliamentary events is limited to specific appointments such as the solemn opening of the Cortes after the elections.

Felipe VI will enter Congress through the Puerta de los Leones -which is only opened during those special events- after being received by Batet, Sánchez, the president of the Senate, Pilar Llop; the president of the Constitutional Court, Juan José González Rivas; and the president of the Supreme Court and the General Council of the Judiciary, Carlos Lesmes. They will go to the Hall of Lost Steps, where the king will greet the guests: the living speakers of the Constitution (Miguel Herrero and Rodríguez de Miñón and Miquel Roca), the vice presidents of the Government, the head of the opposition, Pablo Casado; the members of the Bureau of the Congress of Deputies and spokespersons for the parliamentary groups.

Two hours before the king climbs the steps of Congress, several parliamentary groups will explain in a press conference the rejection of that act that they find inappropriate at this time. ERC, EH Bildu, CUP, Junts and BNG will also be absent from the event, as will PNV and Compromís, although in their case they will not participate in the call to the media. Those parties, the majority of the parliamentary allies of the Government that do not usually participate in similar events, such as the tribute to the Constitution every December 6, consider that the event is inappropriate in the current circumstances and consider that it is a formula to “whitewash” the monarchy .

“We do not want to participate in an image wash,” they explain from Compromís, where they understand that the act should be limited to the participation of parliamentarians. “Commemorating 23F as a triumph of democracy does not seem to us to reflect the reality of what happened. We still do not know what really happened, because there are information gaps that the State voluntarily keeps in the most absolute secrecy,” they add from EH Bildu .

Raise official secrets about the 23F

As well the PNV will mark distances with the Crown in that act and will explain their reasons beforehand, but separately. The group led by Aitor Esteban also has another complaint: the systematic block of the reform of the official secrets law that would precisely allow declassify information about 23F and other episodes in recent history.

Also from United We can emphasize this situation as “one of the great anomalies of democracy compared to most modern countries” and stresses that “today there are still many areas of darkness” about the attempted coup. “If this act has to serve for something beyond institutional pageantry, hopefully it will serve to make all political forces aware of the need to unblock the process of the official secrets law, so that we Spaniards can know what exactly happened in those days so critical, who did what, who was on the side of democracy and who was not so much “, they point out from the confederal group, whose spokesman, Pablo Echenique, admitted last week that the presence of the emeritus king would not bring” institutional dignity ” to the act.