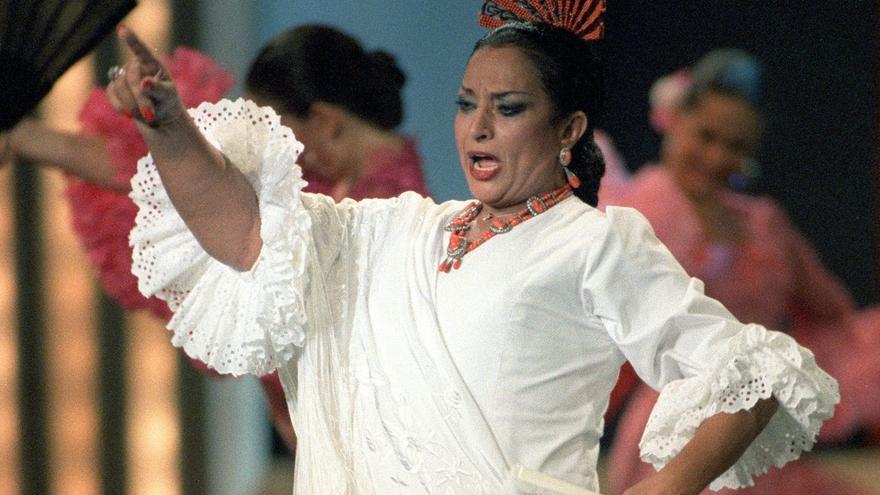 Madrid, May 24 (EFE) .- Through the blood of the Madrid cartoonist Sete González, flamenco blood runs in abundance, so after facing the biography of his "God", Camarón de la Isla, now he immerses himself in that of the "brown beast" Lola Flores with the aim of "renewing" her so that she does not forget who she was.

With the help of the Flores family, and the biography of the artist made by the journalist Tico Medina, González (1976) has faced in "Lola Flores. The art of living" (Lunwerg) which he considers one of the "columns del flamenco ", together with Camarón, Paco de Lucía and Enrique Morente, he tells Efe in an interview on the occasion of the publication of this work on Wednesday, May 26.

"I have grown up with Lola Flores, who has not freaked out with her," the Madrilenian wonders as he lights a cigarette from that house on the outskirts of Madrid where he has moved to plant trees and grow geraniums.

Although "as flamenco" he did not listen to Lola Flores, he was clear in his imagination the power of this "brown beast", so after many conversations with Lolita Flores, and reading the biography "Lola en carne viva" the artist Jerez began to run through her mind and her hands.

"And I got a little scared, I had to make a chubby book because Lola lived twice as long as Camarón," he says, "But I got in and my mind started to freak out because there was a lot to tell, things that everyone knew because of Lola Flores it's all there, she has been the queen of coated paper and we all know things. "

But despite not having "anything new" the illustrated biography is a visual enjoyment and a necessary text that Sete González has made his own, especially with the aim of young people, as he claims, because Lola is part of the history of this country .

"It is not a typical biography, it is not a biographical book, it is trying to renew it, that is why a fresher and more modern Lola comes out," he points out.

Structured in chapters of her life that go from her childhood in Jerez, to her performances in the great tablaos and stages, her appearances on television and her love affairs, "Lola Flores. The art of living" does not enter the "shadows".

It was something that the author was clear from the beginning: "I would talk to Lolita and comment on the chapters, what I wanted to do. And I told her to be calm, because they with their mother are very restrained and you have to go with lead feet. I told him that it was not about casting shadows, but about enhancing the figure of his mother, "he recalls.

That is why González has not been "interested" in her conflict with the Treasury, or her "lover El Junco", or the "pact she could have with her husband." "I care about Lola Flores, the 38 movies and the brown beast that she is," he highlights.

"The phrase that Lola Flores said when she had the problem with the Treasury today would be like asking for a" crowfunding "-explains- but since she suffered so much it did not interest me, and so I told Lolita. There is so much to tell that those things give me the same, it is part of it, but you can say things without counting them. "

Regarding the artistic part, in González's illustrations there is that wild soul of Lola Flores, although he has managed to take her to her field and turn her into a "character".

"Until I found the Lola I wanted, I have done many Lolas, but in the end she went out alone," he says about that psychedelic and seventies image, with large slanted eyes and fleshy mouth that he has given to the Jerez woman.

"She was an aunt who had a very tough pose, she always pressed her lips a lot. Rare is the time you see her smiling. She had a lot of presence and attitude. And that is what I have emphasized the most because her gaze is very strong", describes.

As the end of the book, González has compiled the "famous phrases" of this whirlwind of colors, a page where you can remember those expressions that are once again the claim of some fashion firms to print on their t-shirts.

Phrases like "If you love me, go away" or the hundreds of thousands of times repeated: "And how I would marvel at them."