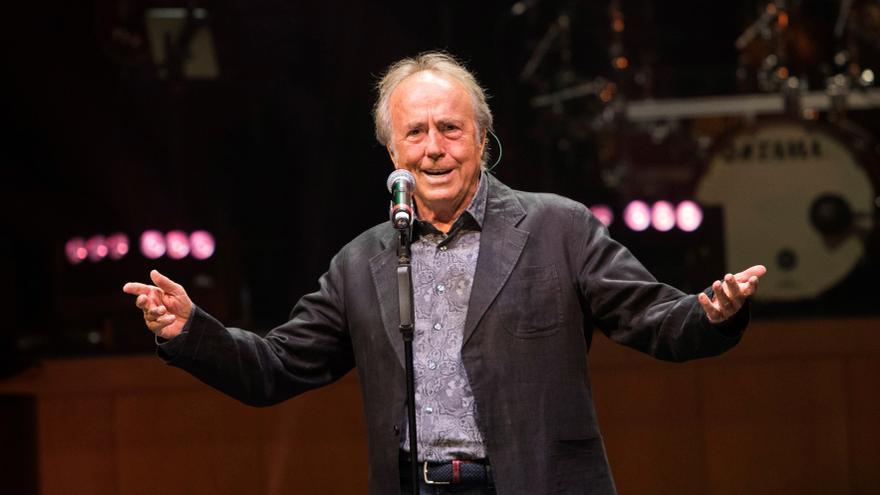 The race of Joan Manuel Serrat As a live artist, now heading towards her end, she has been lavish with memorable moments. These are some of the concerts that, for one reason or another, appear in block letters in the history of the singer-songwriter from Poble Sec. One per decade.

Presented by the radiophonist Salvador Escamilla, who a few weeks before had given him the alternative in the program ‘Radioescope’ on Ràdio Barcelona, ​​the young Joan Manuel Serrat, 21 years old, went on stage for the first time at the Center Cultural L’Avenç, from Esplugues de Llobregat. He did it in a suit and tie and accompanied by Joan Ramon Bonet and Remei Margarit, two members of Els Setze Jutges, a group that had just joined as ‘jutge’ number 13. “We climbed the catafalque together, each with his chair and her songs. It was like singing in the dining room at home for a gathering of friends ”, he would recall many years later. In Serrat’s repertoire, original titles such as ‘El mocador’, ‘Ella em deixa’, ‘La mort de l’avi’ and ‘A guitar’.

Joan Manuel Serrat, in his first concert, at the L’Avenç Cultural Center. EPC

After six years of absence from TVE due to the veto suffered as a result of the scandal ‘La, la, la’, the singer-songwriter from Poble Sec returned to the small screen with a live performance that the only Spanish television broadcast on March 28 under the title of ‘A su aire’. In front of a devoted audience, surrounded by cameras and supported by a group of musicians led by Ricard Miralles, Serrat, already dressed much more ‘hip’, performed three songs in Catalan (‘Cançó de bressol’, ‘La lluna, la pruna’ and ‘La primera’) and reviewed some classics from his first repertoire in Spanish: ‘Mediterráneo’, ‘La saeta’, ‘De parto’, ‘Campesina’, ‘Those small things’,’ Nanas de la onion ‘and’ Fiesta ‘.

Another resounding comeback. The ominous military dictatorship had kept Serrat away from Argentina for seven years, where he was an absolute idol. The absence added to his legend and, when he returned in June 1983 to offer four recitals at the Gran Rex, tickets flew so fast that it became necessary to schedule four more dates at the Luna Park stadium. Those concerts, electrifying demonstrations of collective catharsis that lasted beyond three hours between encores, tears, chants and ovations, have gone down in history as a fundamental moment in the Argentine transition process towards democracy. It is not a small thing.

Serrat chose the day of Sant Jordi to present at the Palau Sant Jordi ‘Banda sonora d’un temps, d’un country’, a double album in homage to Nova Cançó, in a powerful act of cultural affirmation that, while still being endearing, it had more of a serene institutional ceremony (with a large presence of authorities in the audience) than a true musical party. Sober scenography designed by Mario Gas, musical direction by Josep Mas ‘Kitflus’ and two especially memorable moments: the presence of Tete Montoliu playing ‘Paraules d’amor’ on the piano and the grand finale with ‘Anirem tots cap al cel’ and a choir formed by a score of historical voices of Catalan song. The 16,000 available tickets sold out quickly, so a second recital had to be scheduled for the following day.

A carcinoma in the bladder, with the consequent chemotherapy treatment, had forced the musician to interrupt the tour to present the album ‘Serrat Sinfónico’, in which he performed accompanied by a large orchestra. In his reappearance on stage, the singer-songwriter decided to appear with the only accompaniment of Ricard Miralles piano, in an exercise of stripping away everything superfluous that allowed him to return to approach the songs of always from the essence and, at the same time, he spoke eloquently about his new life moment. The tour, baptized as ‘Serrat 100 X 100’, confirmed the happy recovery of the artist’s health, who offered more than 150 recitals with hardly any resentment.

Half a century after presenting himself to the world from Salvador Escamilla’s ‘Radioescope’ program, Serrat paid homage to himself with the ‘Disordered Anthology’ tour in which, reviewing the songbook of all its eras, he dedicated himself to remaking the repertoire at will depending on your desires and intuitions at all times, with the complicity of the usual Miralles and Kitflus. In the five nights he spent with the public of his city at the Teatre Grec, a step away from the neighborhood where he was born, guests such as Noa, Sílvia Pérez Cruz, Miguel Poveda and Estopa joined the party. An unbeatable example of the discreet magic with which Serratian work combines genres and generations.