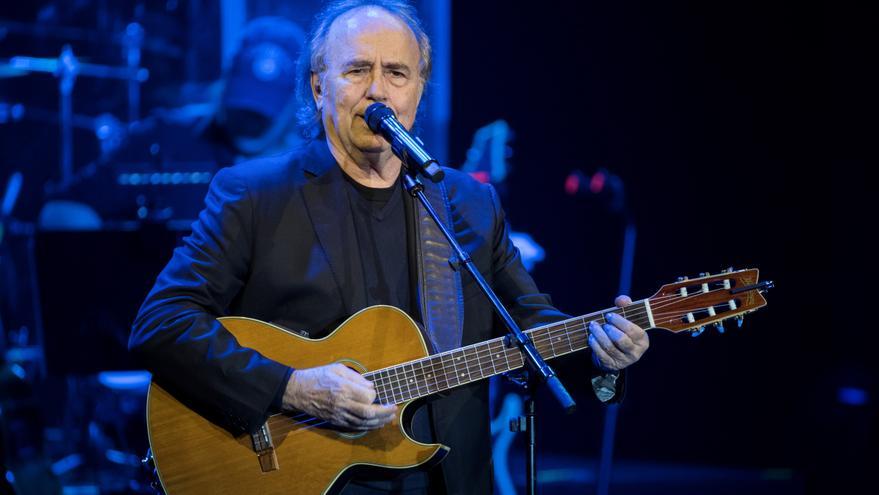 Barcelona, ​​May 31. (EFE) .- Joan Manuel Serrat celebrates this year the fiftieth anniversary of his legendary album “Mediterráneo” with a vinyl reissue, as reported this Monday by the record company Sony Music.

In 1971, the singer-songwriter, actor, writer, poet and troubadour recorded in a studio in Milan (northern Italy) an album that had been made shortly before in a hotel in Calella de Palafrugell (Girona).

It was the eighth album by a singer-songwriter of just 28 years who hadn’t made his debut even four years ago and who, with the ten songs on “Mediterráneo”, achieved a great impact at the time, which crossed borders.

All the songs were composed by Joan Manuel Serrat – lyrics and music – except for the lyrics of “Vencidos”, based on a poem by León Felipe.

Serrat infused all of them with a soft layer of jazz and bossa nova, with the help of a team made up of Juan Carlos Calderón, Gian Piero Reverberi and Antoni Ros Marbà.

The album has remained alive and has crossed generations, as demonstrated by the “Mediterráneo da capo” tour that Serrat dedicated to this album in 2019.

After “Mediterráneo”, Serrat’s career was the consolidation of a teacher, recognized with eleven honorary doctorates for his contribution to Spanish music and literature and the 2014 Latin Grammy as Person of the Year.

Dos Ondas, the Gold Medal of the City of Barcelona, ​​the Medal of Merit for Work, the High Distinction of the Generalitat Valenciana and the Grand Cross of the Order of Jaime el I el Conquistador are other honors that the artist adds.