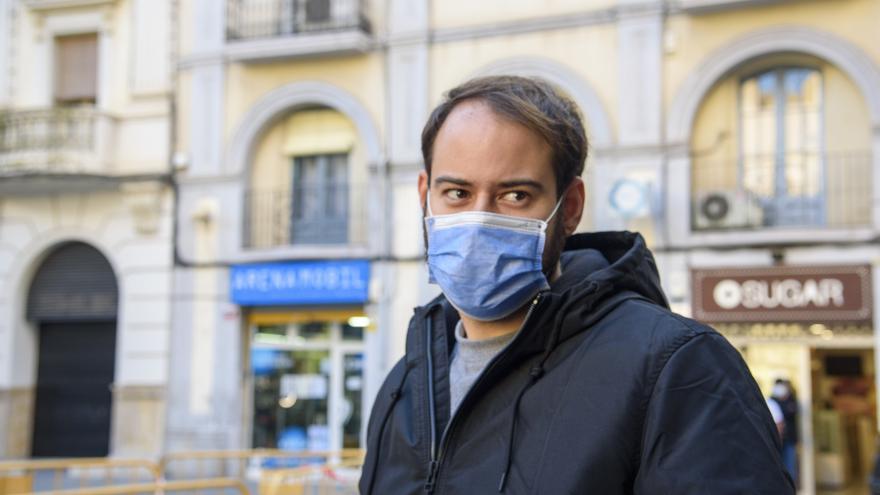 More than 200 artists from different cultural disciplines, including singer-songwriter Joan Manuel Serrat or filmmaker Pedro Almodóvar, have signed a manifesto to support rapper Pablo Hasel before his imminent entry into prison. The text calls for the freedom of the singer and accuses the Spanish State of "equating itself to countries such as Turkey or Morocco, which also have several artists imprisoned for denouncing the abuses committed by the State."

The National Court has given until the next day February 12 to Hasel to enter prison and serve a sentence of nine months in prison for a crime of glorifying terrorism, and insults and slander against the monarchy and the State security forces and bodies for the messages he wrote on his Twitter account and expressed in his songs posted on YouTube, in one of the first cases in which convicted of the so-called 'crimes of opinion' ended up in prison.

The signatories of the manifesto of support and solidarity with Hasel, in addition to demanding the freedom of the singer, claim to eliminate from the Penal Code the crimes for which he was convicted, because in their opinion "they only curtail the right, not only freedom of expression , but of ideological and artistic freedom ". "If we let Pablo be imprisoned, tomorrow they can go after any of us, like this until any dissident sighs are silenced," the document abounds.

"The persecution of rappers, tweeters, journalists, as well as other representatives of culture and art, for trying to exercise their right to freedom of expression has become a constant," reads the document, which denounces that the Spanish State " it has risen to the top of the list of countries that have retaliated the most artists for the content of their songs. "

Among the more than 200 signatories of the manifesto are, in addition to Serrat and Almodóvar; the actors Javier Bardem, Aitana Sánchez Gijón, Alba Flores, Luís Tosar, Antonio de la Torre, Alberto San Juan and Emma Suárez; singers like Ismael Serrano, Tote King or Rapsusklei; and directors and writers like Isaki Lacuesta or Montxo Armendáriz, and journalists like Javier Gallego Crudo.