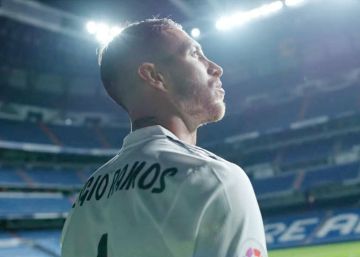 I have a lot of mania for Sergio Ramos because, every time – lost narcissist – I gugleo, the search engine completes me "Sergio Ramos" when I haven't written "Sergio" yet. And I, that the only opinion I share with my mother is that I am the most important Sergio in Spain, I can't stand it. Also, I am from Atleti. And I don't even like football.

It is clear that I am not the spectator that the producers of The heart of Sergio Ramos, the Amazon documentary series, but I can be a thermometer, because I think there are no boring or uninteresting themes, but bad storytellers, and that any character, well told, can star in a great work. If the series manages to hook someone like me, it is up to Orson Welles.

Art, what is called art, I did not find in the two chapters I saw, but I enjoyed some notable moments of involuntary humor. That looked like a Celebrities from Nui girl, the imitations of international celebrities that Joaquin Reyes made with an accent of Albacete. The resonance was so strong, that I began to hear the comedian's voice instead of Ramos and his family. It sounded very clear when Pilar Rubio made a rogue face and confessed that she liked to "live in chaos." Are they parodying themselves? I wondered.

I know that the documentary has not been made for me, but I don't know what audience it is going to, because not even the most Real Madrid players can really be interested in that catalog of swimmers. Until I remembered that the thing began with Ramos saying: "I am like that and I want to be seen like that". Then I understood that the only possible viewer of Ramos' documentary is Ramos himself. And there I turned off the TV, because the worthwhile biographies are those that are not authorized by the biographer.