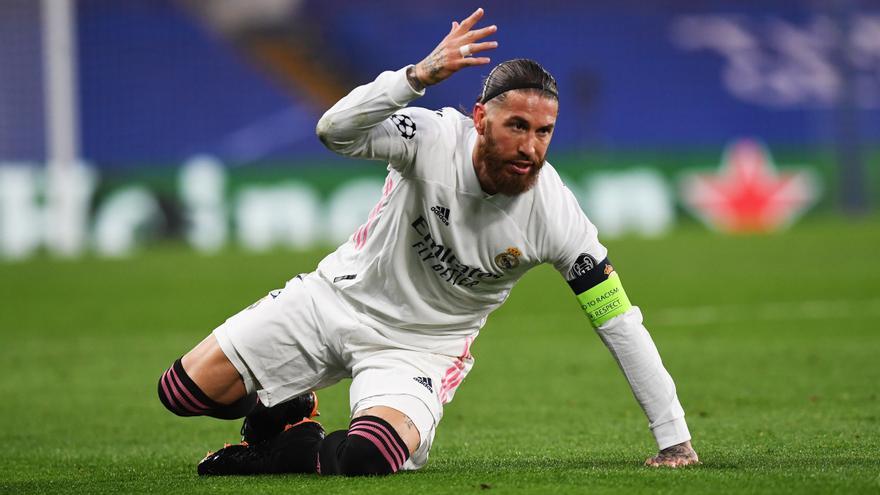 The Real Madrid announced this Wednesday the goodbye of Sergio Ramos, who ends his contract with the white club on June 30 and has not reached an agreement for its renewal, and the appearance of president Florentino Pérez with the Sevillian central in a farewell with tribute.

"Real Madrid announces that tomorrow, Thursday, June 17, at 12:30 pm, there will be an institutional act of tribute and farewell of our captain Sergio Ramos, with the presence of our president Florentino Pérez, "says the statement released by the club.

Sergio Ramos will appear before the media to say goodbye at a telematic press conference.

Ramos will put the end of his long and successful stage as a Real Madrid player this Thursday at the age of 35, in which he has spent sixteen seasons, in which he has won a total of 22 titles.

Since he arrived at the white club in the summer of 2005 with only 19 years from Seville He has played a total of 671 matches between the different competitions and has become the highest-scoring defender in history with 101 goals.

On the retina of all white fans, among many stellar moments, stands out the header goal in the 93rd minute of the Lisbon final against Atlético de Madrid that avoided the defeat of the team led by Italian Carlo Ancelotti and that ended up winning the Decima 4-1.

On an individual level, apart from being the player with the most overall caps (180), he has been included eight times in the UEFA team of the year, four times in the Champions League, twice he was elected best defender, eleven in the XI FIFA / FIFPro and in the Euro 2012 and the 2010 World Cup.