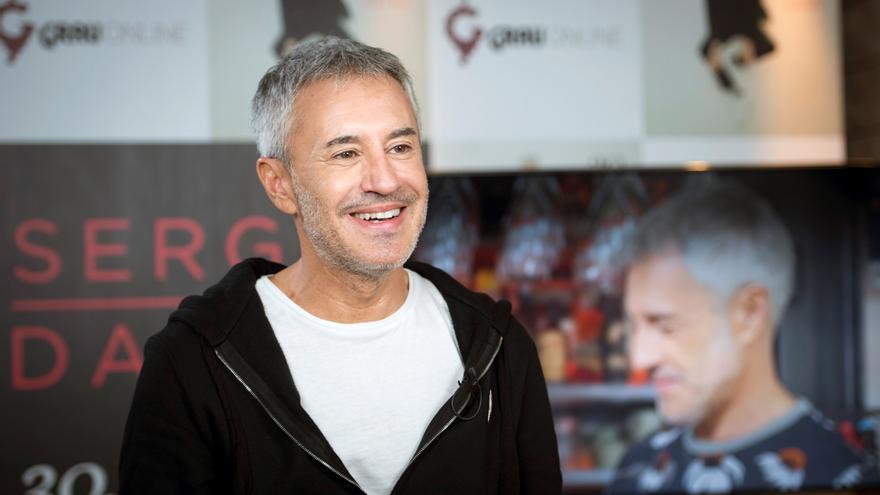 Murcia, Aug 2 (EFE) .- The singer Sergio Dalma finished early last night the concert he was offering in Murcia, as part of the cycle “Las Noches del Malecón”, after prompting the public to get up from their seats to dance, thereby breaching the covid rules imposed by the organization that forced people to remain seated throughout the show.

“We are going to interrupt the concert every time they make you sit down, okay?”, The Catalan is heard saying in one of the videos that circulate on networks since this incident occurred, which has led him to apologize this morning in his Twitter account and has generated numerous reactions of support to the programmers of the cultural cycle, among others the president of the regional government, Fernando López Miras.

Sources of the organization have informed EFE this Monday that the concert was not abruptly canceled, but it did end earlier than planned by the artist’s decision, who showed his disagreement every time the security personnel asked the public to remain in their seats.

The first incidents occurred just 30 minutes from the start of the show when some followers of Sergio Dalma got up from their chairs and the artist asked to be allowed to dance in a call for non-compliance with the contagion prevention regulations that govern the community of Murcia.

According to the programmers, the sound was not cut off despite the fact that Dalma again incited the public to not respect the prohibitions, which generated a new intervention by the security services that led the artist to leave the stage. In a few minutes he returned to the microphone and continued the show, albeit only for two songs.

“I want to apologize to the public and the organization. The truth is that some people were getting up to dance in their seats and I went overboard in trying to make everyone enjoy themselves, from their seat, but standing up and always wearing a mask,” he said. said this morning Sergio Dalma to apologize.

He has denied being a denialist, confesses that he has always encouraged his followers to be responsible and prudent and affirms that “he only wanted people to get up from their seats to enjoy some” of the songs, the singer concludes before acknowledging that his behavior yesterday was not suitable.

The president of the Community, Fernando López Miras, when asked this morning by journalists, has endorsed the professionalism of the cultural sector and the programmers of the controversial performance, which “for more than sixty concerts have been exemplary in compliance with the current regulations and have shown that the culture is safe. ”

“They have made an effort” all these months, according to the president, and “last night’s concert cannot cloud the great work that has been done,” he insisted.