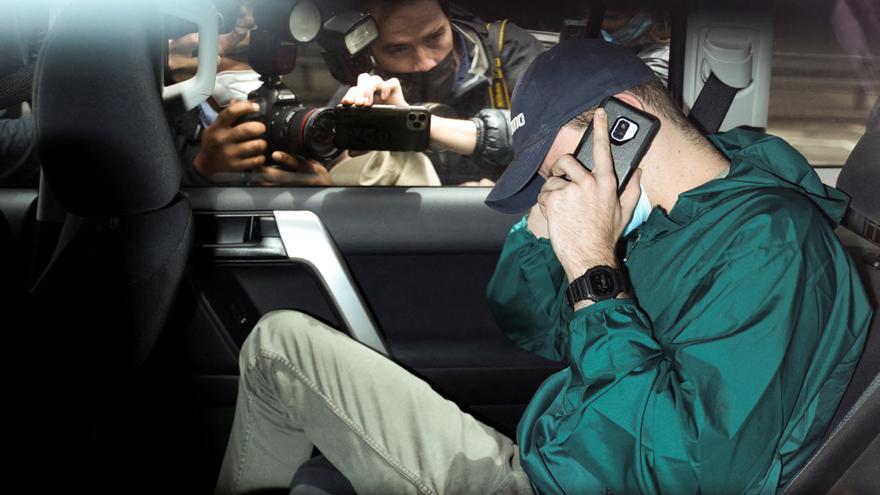 There is no greater sports hero in Serbia than Novak Djokovic, the star that aspires to become the best tennis player of all time, if it isn’t already. He only needs one Grand Slam to break the tie with Roger Federer Y Rafael Nadal. Australia is (or was, on Sunday it will be confirmed) his best opportunity (he is the ‘major’ that he is best at), but his stubbornness regarding the vaccine and his incredible mistakes have put him on the ropes.

Most of his country follows loving, although some voices have already been raised against nole, who will know the final verdict this weekend after seeing how his visa was canceled for the second time.

“Shame! The State calls for the arrest and return of Djokovic to the horror hotel!” That was one of the first headlines in the Serbian press after the long-awaited announcement of alex hawke, the immigration minister. The new “arrest” of the tennis player was not overlooked by the newspapers and portals of a country that lives with the maximum intensity the decisive hours of a conflict that has come too far.

Nikola Pilic, Djokovic’s former coach, accused the Australian authorities of trying to disparage the number one tennis player in the world. “Is a shameNovak doesn’t deserve it,” Pilic told the Tanjung news agency, annoyed at the government’s slowness in making decisions.

“Why do you mistreat him and why do you humiliate him, not only him but also his family and an entire free and proud nation?” Aleksandar Vucic / President of Serbia

“They could have told him in December that he couldn’t play, that he didn’t need to travel. Instead, the tournament manager and the doctors gave him green light and upon his arrival he was treated like a criminal. They created the chaos. It is not the first time that Nole is treated differently from Nadal and Federer“added the man who oversaw the Serb’s early career.

Hawke’s veto can surprise no one. It was enough to see the surveys published by the Australian press during these days. The 83% of the population He rejected the presence of Djokovic. These “reasons of health and good order” correspond perfectly to the wishes of the citizens. Judge anthony kelly was the only one who fed the hopes of the Serbian, who did not do much on his part with his lies when declaring at the border.

Australia has endured one of the longest lockdowns in the world and yet has suffered a sharp rise in cases due to variant omicron. Many in Belgrade consider Djokovic to have become a “scapegoat” politician by the Australian Prime Minister’s government Scott Morrison, looking for a new triumph in the elections of May. The leader spoke last Tuesday with the prime minister Anna Brnabic to smooth the diplomatic clash with Serbia, agitated by the “indecent” treatment of its star.

The Serbian president, Aleksandar Vucic, did not bite his tongue either when assessing the conflict. “Because it mistreat and why humiliate, not only him but also his family and an entire free and proud nation?” the president wrote on his Instagram account.

Vucic slipped that these measures are taken to “flatter public opinion” and win points for the electoral struggle. “I return to the moral issue. If you wanted to ban Novak from the 10th trophy in Melbourne, why didn’t you rejected immediately and you told him that he couldn’t get a visa?”

The tennis player’s father Srdjan Djokovic, uploaded to social networks a photo of her son next to that of a Wolf, and with the message “Strength, son!”.

In the streets of Belgrade the anger is remarkable. “The Australians are dragging it like a old rag… Are you ready for burn number one of the world just for political reasons,” said Aleksandar Petrović to the Reuters agency. “He won nine times in Australia and they are treating him like a miserable immigrant due to their own problems,” he said. Djordje Simic.

His compatriots still have a point of hope and continue to support their star, as Janko Tipsarevic, former tennis player and Nole’s former teammate at Davis. “Is a toxic shame for all those involved in this process”, he wrote on his Twitter account. The new arrest and the return of the number one in the world to the hotel enabled for asylum seekers is another humiliation for Djokovic, who would never have imagined this schism when he announced his trip to Melbourne with the medical exemption that the organization had given him.

Abide by the rules

This hard line of the Australian government has stirred up the Serbs, although some inhabitants already they doubt their idol. “Your country, your rules. If Australia tells you to get vaccinated to enter the country, do it or you will have problems, “he said. Jovo Tadić to Reuters. “I think he will have difficulties in other tournaments, since it seems that vaccination will be mandatory for all of them… He will have to do it if he wants to stay at the top,” commented the Belgrader. Marko Stanic.

The pandemic has caused death of more than 13,000 people in Serbia, which adds 1.39 million infections in a population of seven million people. Around the 47% of Serbs have been fully vaccinated, a percentage clearly lower than that of countries such as Australia (78%) and Spain (80.5%).