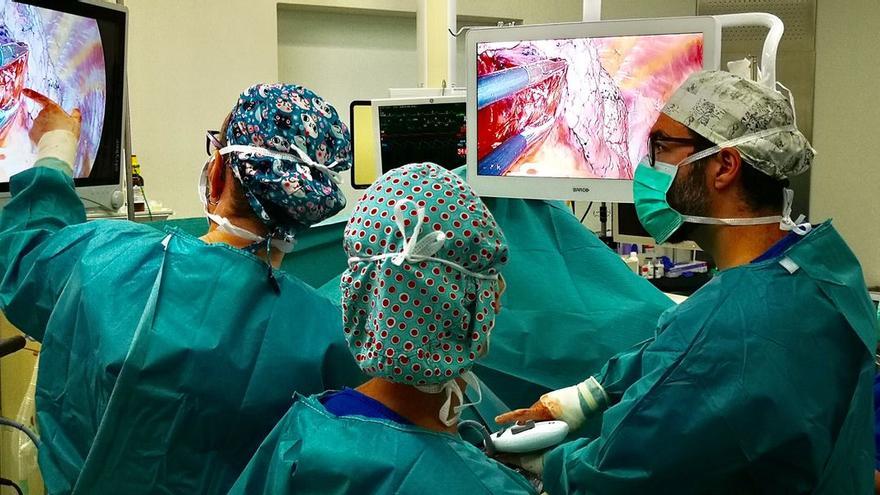 The court has sentenced the Andalusian Health Service to compensate with almost 200,000 euros the relatives of a patient who was diagnosed with cancer through a digestive endoscopybut whose result was not communicated, so the pertinent treatment was not administered to the patient who, already with metastasis, died three years later.

The Contentious-Administrative Court number 5 of Granada Thus, he agrees with the children and grandson of the deceased, a man who died in December 2018 at the age of 66 as a result of metastatic esophageal carcinoma.

Behind the request of relativesrepresented by the lawyer Gabriel Rubio Prats, the head of that Court obliges the Andalusian health insurer to compensate the relatives of the deceased with 198,706 euros.

According to the ruling, the events date back to July 29, 2015 when The man went to the Virgen de las Nieves hospital in Granada to have an endoscopyas requested by the Nephrology specialists.

The test resulted in esophageal cancer, but this diagnosis was not communicated to the patient or to other specialists who attended him.

Three years later, the man went to General and Digestive Surgery consultation due to sporadic hemodialysis-derived bleeding. The specialist who treated him, noticing an excrescent perianal lesion, consulted the patient's clinical history and realized that there was an endoscopy that had been performed three years earlier, with a diagnosis of esophageal cancer.

A cancer that was already in an advanced stage, since in all the time that had elapsed, between 2015 and 2018, no treatment had been prescribed.

Thus, a new endoscopy was requested on September 19, 2018 and a CT, which revealed metastases. The man died on December 26 of that year at his home, where he was transferred in terminal condition.

According to request of relativesthe delay of three years in the diagnosis "motivated the aggravation and the impossibility of a treatment that would minimize the effects of the cancer that he suffered, in such a way that, if he had been diagnosed and treated at the time, either he would not have died or he would have later, but in any case, with a better quality of life than the one he had".

Meanwhile, the Andalusian Health Service He acknowledged, in his defense, that there was a delay in communicating and establishing the treatment of the cancer diagnosed in the patient as the result of the biopsy performed in 2015 had gone unnoticed.

But the judgment of the Granada court states verbatim: "The error suffered is that, although there was a diagnosis -and this was cancer-, it was neither communicated nor treated, and when it was done, it was already in a metastatic state and the patient in a terminal situation".

And add the error: "It is not about assessing or guessing the possibilities of healing that the patient would have had, because medicine by definition is not an exact science. In this case, it is not about so many percent. It is about having to act according to accurate diagnosis, nothing was done, thus violating the lex artis, not due to incompetence but due to lack of diligence".

According to the judge, the injury or pathology did not go unnoticedsince it was correctly diagnosed, and, therefore, there was no error in the diagnosis either.

Thus, the court understands that the key point of this lawsuit is not whether the patient had a 47% or 15% chance of surviving the cancer he was suffering from as indicated by the experts.

"It is impossible to know if the cancer suffered by the patient would have entered that 47% or 15% of cure and survival or in the remaining 33% or 85%, or if anything, in a hypothetical 1% if it had been stated that that was the cure rate. Negligence is constituted by forgetfulness, which prohibited any possibility of treatment, due to lack of diligence, surpassing any parameter of normality"he concludes.