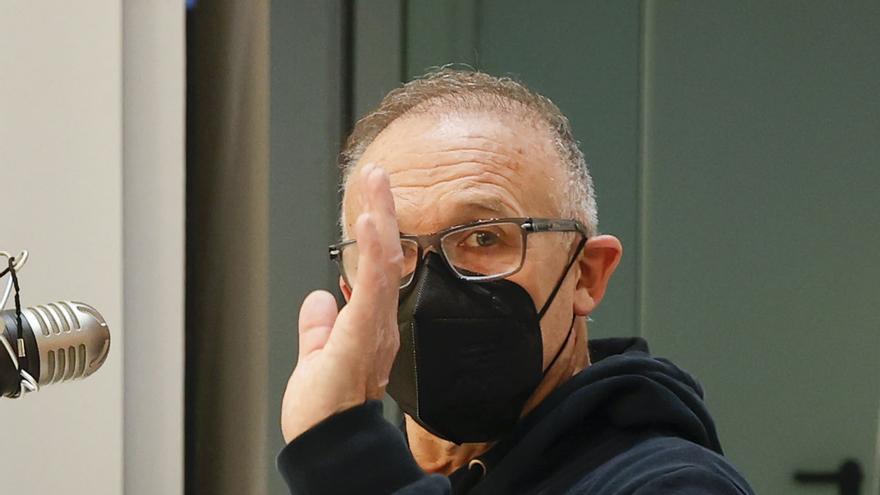 The National Court has imposed a sentence of seven and a half years in prison the man who in 2018 expressed his desire to assassinate the President of the Government, Pedro Sanchez. The judges imposed, on the one hand, two and a half years in prison for a crime of homicide in a proposal degree and five more years for depositing weapons of war: he had 13 regulatory weapons and another 7 more prohibited, including a CETME rifle of war.

The sentence declares proven that Manuel Murillo In 2018, he participated in a WhatsApp group called “Terrasa por España” in which he began to show his disagreement with the exhumation of the body of the dictator Franco del Valle de los Caídos, a process that the Sánchez executive had just launched. In these messages, moreover, "he vindicated the Francoist past."

Among other messages, he stated: “I will not consent to it. If necessary I will go armed and I will sit down at Frank's tomb and if they get close I shoot (...) if they touch Franco I suggest that they start the war again for our honor, patriots we cannot consent. And this time we will not leave even one, ”he said among other things.

The days passed and the messages increased in tone until they proposed the assassination of the President of the Government. "If they take him out, I'll take over Sánchez, I swear," he said before proposing the creation of a "command that assaults Moncloa by force, if there is no other choice, and this command that counts on me." "Perhaps I am talking a lot but I say what I feel in my heart," he settled in one of these messages. To one of his contacts, called "Vox Organizing GDR" he proposed "defend Spain with weapons, we have to be organized, armed to carry out a coup d'état and take down all that shit that comes our way".

The National Court condemns him for having the weapons but also for the proposals to kill Pedro Sánchez. They understand that he did not complete a plan to commit the assassination but that, little by little, "he internalized that the solution to bring about a change in the Spanish political situation was to cause the death of the Prime Minister, for which he insisted on require help to carry it out. At trial, Murillo denied being a sniper and stated that he felt "like a hero, like Rambo and said things like these to save Spain."

The National Court explains that Murillo's messages were brought to justice by a woman to whom he sent this type of message, who decided to do so after "consulting with a lawyer, a Mosso and a Civil Guard", according to what she said in the judgment. In his first statement in the investigation phase, the defendant acknowledged that "that is from a madman" and alleged that then "he had drunk, lived alone and anguished, without having any real intention because he is not a murderer but a sentimentalist."

His messages proposing the assassination of the President of the Government, he also said, were for him "things of patriotism" and explained that he only knew two people in the WhatsApp group: "A lawyer from Vox and a retired Civil Guard commander", he explained.

The judges affirm that “what in principle could be a mere idea without much scope from the point of view of punishment” became a decision made by the convicted person even though he had not drawn up a plan to do so: “Indeed, there is no definitively devised plan, hatched and even less concluded”, they recognize, although the twenty weapons that it accumulated prove its “high danger”. The National Court explains that "there is no current or imminent risk, but it is at least remote for the physical integrity of the target", the President of the Government.

The rejection that Murillo expressed in his messages came from the intention of the executive to transfer the remains of the dictator Franco from the Valley of the Fallen to Mingorrubio, but he exposed his personal and family circumstances to try to justify the "animalistic" that he wrote, according to what he himself said. That, says the Court, "does not justify that he conceived the idea of ​​killing the president of the government, but rather because his conversations exude it, his absolute rejection of the political-social orientation marked by the rulers aspiring in his nostalgia for the Francoist past to a change of direction that could represent or could occur with the death of the person who held the leadership of Spanish politics”.

The judges refuse to consider a homemade firecracker that he stored in his house as an explosive, but they do condemn him for having weapons that, moreover, were "in good working order."

The judges reject that there was any kind of deficiency in the chain of custody after the seizure of the weapons and his mobile phone by the investigators: "No vestige of possible irregularity has been detected," the magistrates say in the sentence. The sentence, which is still appealable and would imply his imprisonment, also prohibits him from owning and using weapons for another eight years.