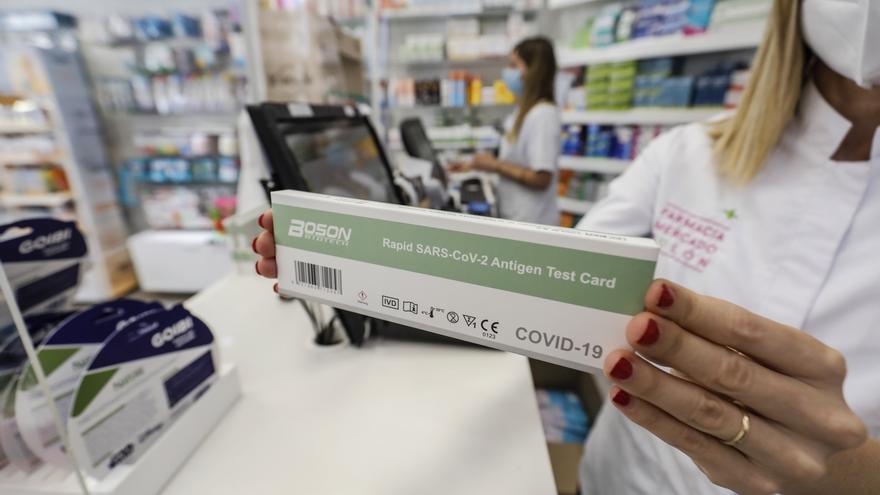 Antigen self-tests – which detect a potential SARS-CoV-2 virus infection in approximately 15 minutes – are a reality in pharmacies throughout Spain since July 20. The arrival of these tests, which do not need a prescription, has been marked by doubts on the part of health workers about their correct use among the general population and their potential role in helping to control coronavirus infections.

The authorization to sell self-diagnosis tests without a prescription has occurred when, for a few weeks, different autonomous communities have reported saturation episodes in their Emergency and Primary Care services due to the drastic increase in the incidence of cases and that of contacts with people infected. In addition, in recent days, people who come to these services are being added to that because they have had a positive antigen test. To try to limit the overload, different health authorities are publicly informing about the steps to follow when these tests mark an active infection.

This is the case of the Cantabria Ministry of Health, which has publicly requested people with a positive self-diagnosis test not to go to the emergency room If they do not have serious symptoms, because they are “saturating” this service. As reported by the Ministry in a statement, after the entry into force of the free dispensing in pharmacies of these antigen tests, several health emergency services in the region “are unnecessarily saturated” by people who come to undergo the confirmatory PCR test after the positive test result.

For its part, the Ministry of Health informs in the document of Strategy for the early detection, surveillance and control of COVID-19 (updated on July 5) that “taking into account that [los autotests de antígenos] They are usually used in asymptomatic people and with a low pretest probability, positive results must be confirmed. Regarding the interpretation of the results, it is very important to reinforce the message that a negative result does not exclude infection or exempt compliance with the recommended control measures. “In addition, Health recently reported that it had reached an agreement with the autonomous communities so that, in the event of a positive antigen test, people are considered a “possible case” and can confirm their positive with a test of active infection in the public health network.

Although the reliability of these tests is highly dependent on the incidence of cases in a population, a positive result in these tests indicates a high probability of infection (they are very specific tests). However, testing positive is considered a “suspected case” in Spain and a confirmatory diagnosis is required by means of an active infection test (PCR or antigen test) to check if there really is an infection.

The key steps to take once we know the positive result are the following: if the person is well or does not have symptoms, he or she should isolate himself from others at home and contact by phone or Internet with the services offered by each autonomous community for the patients suspected of being infected by the coronavirus. These will establish the confirmatory test and contact tracing if it is positive.

You should not go directly to the Emergency or Primary Care, as it contributes to the saturation of these health services and can be spread to other people. If the individual has symptoms that affect their health to a variable degree (feeling short of breath, for example), they should notify the responsible health services so that they can assess the most appropriate option: emergency services in Primary Care or in the hospital, normal appointment , etc…

In the case of close contact with a person with a confirmed infection, a negative antigen test does not serve to rule out infection and it is also necessary to keep 10 days of quarantine for unvaccinated people. With regard to vaccinated people, current recommendations dictate that those who have complete vaccination guidelines will no longer have to be quarantined, although a PCR is recommended at the beginning and seven days after the last contact with the confirmed case. The justification behind this position is due to the fact that, even in the case of infection in these people, the viral load is considerably lower than those not vaccinated and, therefore, also the risk of contagion.

In any case, vaccinated people who have had close contact with confirmed cases should avoid associating with vulnerable and unvaccinated people, continue to use a mask in social interactions, and avoid attending mass events. There are three exceptions that require maintaining quarantine even if the individual is vaccinated: when he suffers immunosuppression, that is, a malfunction of the immune system. When contagion from mink is suspected or when it is detected that the infection is caused by the beta and gamma variants of SARS-CoV-2. It is necessary to contact the health services telematically in case symptoms arise during the quarantine.