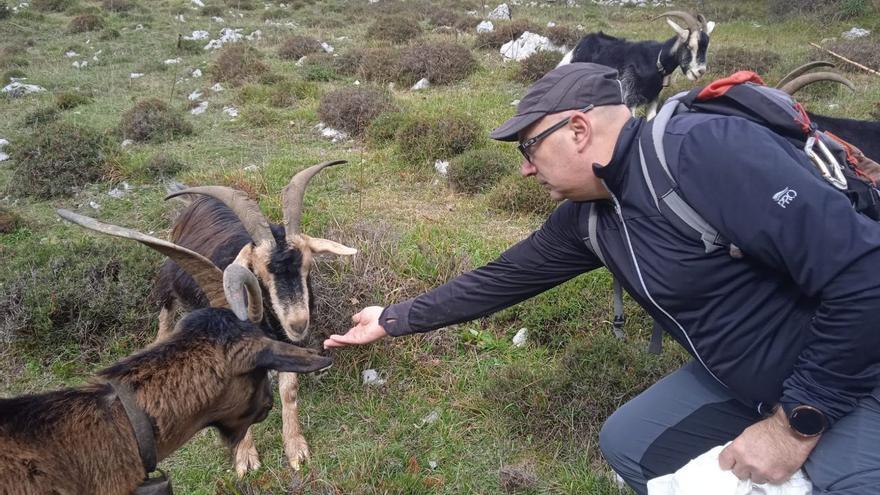 Empty Spain will have a relevant role in the next elections if it manages to connect with the real needs of the people. This is what Secundino Caso, the president of the Spanish Rural Development Network (REDR) believes, who, during an interview with elDiario.es, assures that at the moment there has been "a perfect storm for people to return to the villages" and so that they are the ones who write their destiny.

And this has not occurred only because of the step forward that Teruel Existe or Empty Spain have starred, says Caso. The REDR president recognizes that citizen platforms, large demonstrations and even the landing of the Guitarte in the Congress have been important but considers that the work that has been done in small municipalities for decades must also be recognized. From the role of mayors in the smallest places to that of citizen associations.

Caso, in addition to chairing REDR for three and a half years, has been the mayor of Peñarrubia (PSOE) for another 25 years, a town in Cantabria of 321 inhabitants. His parents and grandparents had goats and sheep. "I had always liked goats very much, I wanted to stay with them. I had more than 200. Some time later I went to Santander. I took an examination for the Municipal Water Service of the Santander City Council," he recalls. He still has a handful of goats, which he cares for with his son. "This hooks you. Having them, going to see them, looking for a male or going to fairs. It reconnects me to what I was and what my passion was until I was 20 years old," he adds.

He does not like the way in which the cinema has portrayed the people in recent years, selling "a crude, mean and delayed image" and believes that the pandemic has fundamentally changed the most outdated story. "Everything has come to contribute to a change of perspective", he assures and places great emphasis on how important it is for rural areas that towns stop seeing themselves as a weekend place. "But it is true that three or four years ago there was what happened in Teruel Existe and what happened to these platforms [las que componen la España Vaciada] in which I have participated and the great demonstration [la Revuelta de la España vaciada en 2019]. There was a previous milestone with Manuel Campo Vidal that we did in Seville, but that is not covered by the press, "he laments." There is a platform that was presented in politics and brought out a deputy and two senators, with which there is already a political profitability when speaking of depopulation, "ditch.

To these new ways of claiming must be added, in his opinion, the arrival of the pandemic, which made many people begin to "connect with the rural world" again, and European funds, of which rural Spain has allocated 10,000 millions of euros. For many, this is the last train against depopulation. "Just as in previous decades there was a perfect storm for people to leave the villages, now there is a perfect storm for people to return," he explains.

A week ago, during the days of the forum for Internet governance (IGF Spain), Caso commented that the coronavirus pandemic had done more for the people than the PAC itself. When asked about this, he acknowledges that it is a controversial statement and does not say it for denouncing "so many PAC aid", but he firmly believes that the health crisis has done "more than all the aid" because it has led "to make people realize of how truly important rural life is and the quality of life that there may be ". "The pandemic has reconnected people with the rural world. The pandemic and the medical crisis. It is like that," he insists. "It is hard that a pandemic had to come for us to realize this," he adds.

Apart from the return to rural life that the experience of confinement has caused, there is another element that is called to have a role similar to the one that the implementation of rural tourism had in its day. That element is digitization, that the Internet reaches all the towns of Spain: "People come with their jobs already. All they need is fiber. I think the Internet is going to be a real revolution." Caso assures that, in some places, the mere fact of installing fiber has made many people interested in living there. He does not believe that it is the definitive solution, but he does believe that it is another way to fix the population and, even more, the young population. The territories that the Internet does not reach will have no future, he assures.

In addition to digitization, villages continue to face well-known problems for which a solution has not yet been found. Health, education, bureaucratic excess or housing shortages are some of them.

"What do we do with those dilapidated houses that belonged to the heirs of heirs who have already died? Can't it be converted into public housing or given to the people who want it?" Asks the REDR president. He also proposes that specific measures be implemented towards the rural world: "We have been legislating against the rural world for 50 years. We must re-enact laws that are thought of the people who live in the villages."

This is a key moment for rural Spain. The return to the towns, the recovery funds and the citizen movements that are about to run for elections will mark the compass for the next few years.

"What we have experienced right now is like a perfect storm towards the rural world, that even to some of us it seemed that it could remain in a fashion and I think not", confirms Caso. "This is not going to be a fad. And we are risking it because we are at a key moment in which Spain is going to decide whether we are rural or we are not rural. We have to put all the meat on the grill," he says.

The next general elections will be a good measure of all this. "If these platforms are able to truly connect with the needs of the rural world, they will be successful. But we cannot just stay in the headlines. There are platforms that say I want the AVE and you say well, and the AVE is going to solve the problem of the rural world? ", he asks.

"What I want is for each town to have a doctor again. No one in their right mind is going to live in a town if there is no doctor or if there is no school or digitization. And that is another model of the country", warns. "We must also empower young people. We cannot let local leaders leave. We must help young people to land in the rural world, tell them the new story and tell them that we need them," he concludes.