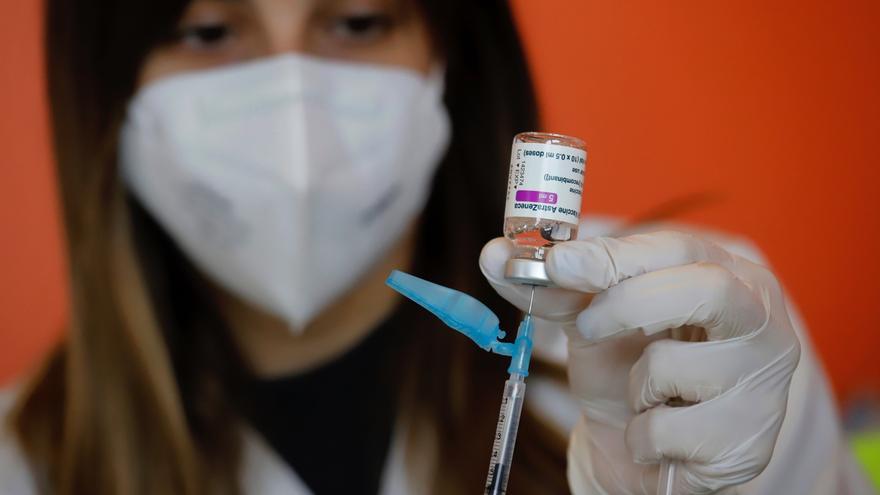 This Friday the Ministry of Health has confirmed that it will allow those under 60 years of age vaccinated with a first administered dose of AstraZeneca receive, again, this vaccine as a second dose. However, the default option will be the Pfizer vaccine. Those who decide to finally receive the Vaxzebria vaccine (brand name of AstraZeneca) will have to sign a informed consent. The decision comes after consulting the Bioethics Committee of Spain, which has issued a favorable report on this possibility.

Since there is no true freedom if there is no knowledge when choosing, it is important that the people who are going to decide on the second dose of these preventive treatments have the clearest and most up-to-date information about what we know, so far, about both options. Next, we are going to present the keys (as of May 21, 2021) of the most current scientific information that we have for each option.

Studies conducted evaluating this option: Phase I, II and III clinical trials with more than 33,000 participants combined (published by The Lancet and the US National Library of Medicine). Pharmacovigilance in the countries where both doses of this vaccine are being administered (including the United Kingdom and Italy), with more than 9 million people receiving the full 2-dose regimen.

Safety: As with other COVID-19 vaccines, receiving a dose can cause relatively frequent, temporary and mild adverse effects such as fever, general malaise, pain and swelling in the area of ​​the puncture, headache, of the joints or muscles, fatigue, dizziness, nausea, or chills. Some people describe the post-vaccination experience as something akin to getting the flu or having a hangover. Allergic reactions may appear in some people, although they are treated.

About rare cases of thrombi with low levels of low platelets (thrombocytopenia): it is estimated that one case may appear for every 100,000 adults vaccinated with the first dose. However, it has not been found that people who received the first dose without experiencing this side effect have a higher risk than the general population of suffering it when receiving the second. In other words, for now, the frequency of thrombosis + thrombocytopenia observed when administering the second dose of AstraZeneca appears similar to the frequency of this ailment in the general population. None of the cases detected after the second dose had antibodies against PF4. This fits the autoimmune mechanism which has been proposed as the cause behind this blood clotting problem, which depends on the biological characteristics of people. If it does not happen with the first dose, it is very unlikely that it will appear with the second.

Effectiveness: Receiving both doses provides an overall efficacy of 79% in preventing COVID-19 with symptoms, 80% in people 65 years of age or older, and 100% in preventing COVID-19 serious or critical, as well as hospitalizations. Neutralizing antibodies against SARS-CoV-2 virus (humoral immune response) were detected in 100% of clinical trial participants one month after receiving the second dose. Proliferation and response of the T lymphocytes (cellular immune response) that were maintained in the blood for months.

The option to receive the two doses of AstraZeneca falls within the drug’s technical data sheet.

Safety: The CombiVacs trial recorded that the adverse effects detected by the combination of the first dose of AstraZeneca and the second of Pfizer were mild or moderate and similar to those detected with conventional vaccination schedules in other studies (although the study methodology does not allow a direct comparison of the frequencies of these adverse effects). These effects were mostly restricted to the first 2-3 days after receiving the vaccine. There was no hospital admission as a result of the vaccine combination. Mild local side effects were common and related to injection site discomfort. The most common systemic side effects were headache (44% of all cases), malaise (41%), chills (25%), mild nausea (11%), mild cough (7%), and fever (2, 5%).

The Com-Cov trial found that people receiving a combination of vaccines (Pfizer and AstraZeneca) suffered more often (up to almost three times more) from certain mild or moderate adverse effects such as headache and muscle pain, fatigue, chills, malaise , fever … However, no further serious adverse effects were detected and no participant was admitted to hospital as a consequence of mixed vaccination. These symptoms and signs were recorded within seven days of dosing. The Com-Cov study is ongoing to provide more data on safety and also on antibody production.

None of the above clinical trials are designed to detect rare or very rare adverse effects due to their limited number of participants, so this aspect is unknown for the combination of vaccines.

EffectivenessThe efficacy of the AstraZeneca and Pfizer dose combination in preventing mild, severe or critical COVID-19, as well as hospitalizations for this cause, is unknown at this time. None of the studies carried out clarifies this question. The response of T lymphocytes is also unknown at this time, although CombiVacs will publish results on this issue shortly. This study also analyzed the presence of neutralizing antibodies against the SARS-CoV-2 virus in the blood: it was observed that the antibodies multiplied by 150 within 14 days of having administered the first dose of AstraZeneca and the second of Pfizer.

Health authorities that endorse this option: the Ministries of Health of various countries, including France, Denmark, Germany and Spain, and the Public Health Commission in our country.

The option of receiving a dose of the vaccine from AstraZeneca and a second from Pfizer does not fall within the technical specifications of these drugs.