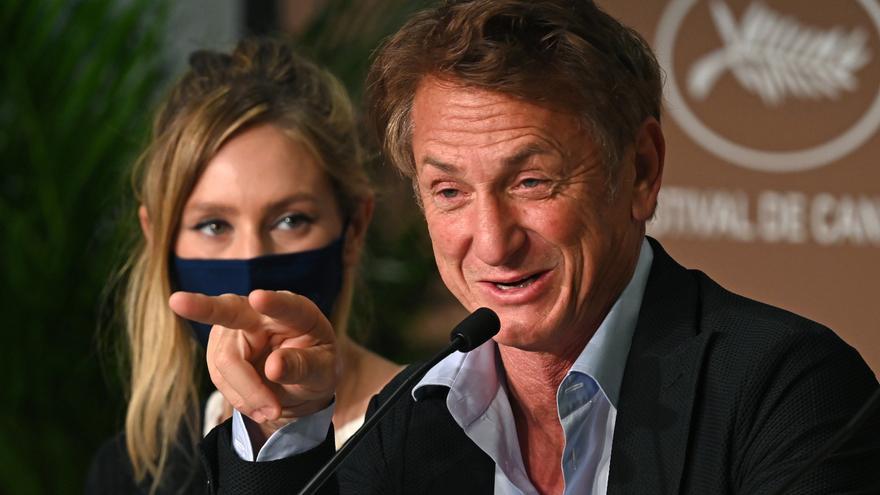 Cannes (France), Jul 11 ​​(EFE) .- Sean Penn arrived in Cannes this Sunday to present his new film as a director, “Flag Day”, starring him and his daughter Dylan, and despite his attempts to focus on their roles professionals, it became clear that they are more father and daughter than director and actress.

“This is a job and he is my boss, but at the end of the day he is also my father,” said Dylan, who although he claimed to have a very good relationship with him, also said they have “anti-downside. “We are both alpha,” he acknowledged with a smile.

While Sean Penn recalled that the first image that came to his head when he read the book on which the film is based was the face of Dylan, the absolute protagonist of the film and to whom the director gives multiple and precious close-ups.

The actor and director rejected the idea that this film was made by and for Dylan as compensation for having been an absent father during the childhood of his children and pointed out that you just have to check the “simple jobs” he did at that time to give himself realize that it is not so.

“One of the great things about the privilege of working in movies and being a parent is that while there are periods when you are away, once your work is done, you are the only parent who is present 24 hours a day, 7 days a week. And that’s when the kids get mad. ”

But, he added, smiling, “it seems they still like me,” while his daughter was smiling at his side.

In the film, Dylan plays Jennifer Vogel, the author of the book adapted by Sean Penn, in which she recounts the relationship between her father, a forger and con man from 1975 to 1992. And in the film her second son also has a small role. , Hopper, both born from her relationship with Robin Wright.

“I grew up with incredible parents who supported me, nothing to do with Jennifer in that sense,” said the actress to explain the differences with her character, a young woman who tries to overcome the trauma of having a scammer father and a mother alcoholic, who finds her way by herself.

“My parents were very present in my childhood, they often took us outside of Los Angeles (USA), they let us lead a fairly normal life, explained Dylan Penn.

A film full of beautiful shots that do not add anything to the story and in which Sean Penn’s interpretation is far above his work as a director.

Although at first Penn – who presented his last film as a director in 2016, “The Last Face” (“I’ll say your name”), with a reception that included boos – did not want to combine acting and directing jobs.

In his family, the actor pointed out, there are misunderstandings and communication problems like in any other. And the fact of working with her daughter seemed difficult enough to put herself behind the camera as well.

At first “Flag Day” was going to be made by the Mexican Alejandro González Iñárritu, with whom Penn already worked on “21 grams” (“21 grams”, 2003) and whom he considers “one of the best directors” there is, but he was involved in another project and left it.

“My last attempt not to do it was when I sent the script to Matt Damon, who was generous enough to tell me that it would be stupid if I didn’t do it,” Penn said.

And finally he decided to accept the double job in a film that was filmed just before the pandemic, during which the actor and director dedicated himself to launch points to test for covid with the aid organization CORE that he founded in 2010 after the earthquake that struck Haiti.

“We live in a time when the price paid for humanity is enormous, many people do not show any empathy (…) we have our own nature, defects … we have seen it for a year and a half, and we run the risk of continuing like this, “he reflected.

He also referred to the work of former US President Donald Trump, an administration that was “obscene and unacceptable.”

There was a lot of “false information, half-truths and insults.” “When we went to test and administer vaccines with my team, in the Trump era, we heard reports in the media that were completely unacceptable.”

It was like “there was someone with a machine gun shooting at people from the White House.”

“There was no integrity effort on the part of the government (in regards to purchasing vaccines) until Trump came out.” And after Joe Biden’s victory, “we have the impression that the sun is rising.”