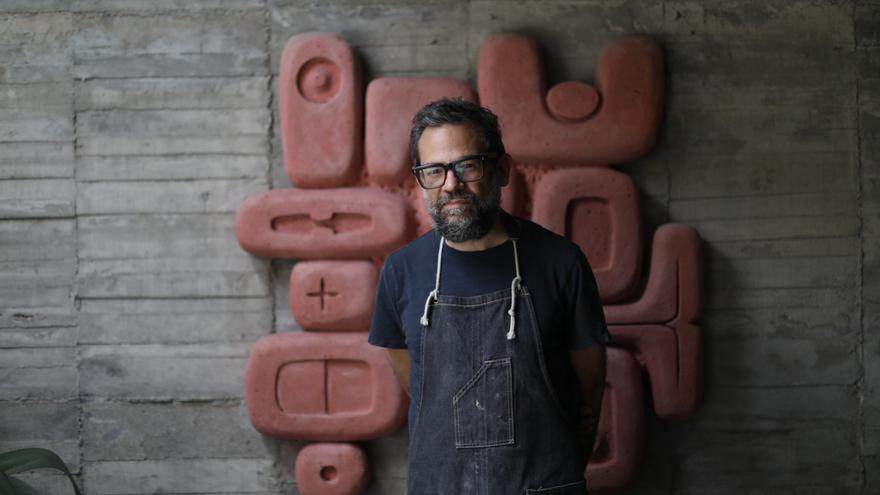 Mexico City, Sep 14 (EFE) .- After a great controversy, the Government of Mexico City announced this Tuesday that it will not be the artist Pedro Reyes who will make the sculptural work of an indigenous woman that will replace the figure of Christopher Columbus in the emblematic Paseo de la Reforma.

“Regarding who is going to be or how the sculpture is going to be made, we have made the decision that we better put it in the hands of the Monuments Committee (…) of Mexico City,” said the head of government of the Mexico City, Claudia Sheinbaum, without giving many more details.

He only gave a “thank you” to Pedro Reyes, about whom he assured that “it is likely that part of his work is in the city.”

Next, Sheinbaum explained that it will be the Committee of Monuments and Artistic Works in Public Spaces of Mexico City (Comaep) who decides in “the next few days or weeks” who will be in charge of carrying out the work of the indigenous woman, called “Tlali “.

Subsequently, the Secretary of Culture of Mexico City pointed out that “Tlali” by Reyes has not been totally ruled out, but that the entire selection process will be endorsed by Comaep.

The announcement, made during the “Delivery of signatures for the decolonization of Paseo de la Reforma” event, comes after a letter signed by more than 350 people from the world of culture, including numerous artists, was sent to the mayor. , against Reyes’ participation in the project.

“We find it inadmissible to choose Pedro Reyes, a male artist who does not identify himself as indigenous, to represent“ indigenous women ”: thus, generalized, thereby denying the particularity and diversity of women who identify themselves as members of peoples and native nations, and putting his image in the hands of the gaze of a white-mestizo man, “they stated in the letter, which is dated September 12.

In addition, they considered that said election reproduces “the silencing and invisibility of the struggle of women and that of indigenous peoples so that their voices are recognized and heard.”

In said letter, it is requested that a committee made up of indigenous women be installed to decide who will be the sculptor who will carry out the work.

“We demand that the commission of this work be withdrawn from Pedro Reyes and that a curatorial committee made up of women artists, managers and curators who self-identify as members of original peoples and nations be installed, to choose an artist, also a woman and belonging to some of the native peoples, to replace him, “they stated in that letter.

Among the signatories are people such as the artists Lorena Wolffer and Julieta Aranda, the artist and art critic Mónica Mayer, or the historians Graciela de la Torre and Sol Henaro.

At this Tuesday’s event, Jesusa Rodríguez, member of the Cultural Advisory Council for Mexico City, gave Sheinbaum the signatures of 5,000 indigenous women for the “decolonization of the Paseo de la Reforma,” by means of which they requested the withdrawal of the statue of Columbus and be replaced by a monument representing indigenous women.

“They take care of the water, the forests and keep nature alive. We have lived over indigenous women and now we must give them the place that has always been taken away from them,” Rodríguez said.

The statue of Columbus by the artist Charles Cordier, dating from the 19th century, aroused controversy since 2020, when the Government of the capital withdrew it two days before October 12, a date that commemorates the arrival of the navigator to America, before a protest citizen who wanted to demolish the figure.

The president of Mexico, Andrés Manuel López Obrador, recently celebrated the replacement of this figure, but at the same time, opponents and critics launched a petition to demand that the statue of Columbus be restored.