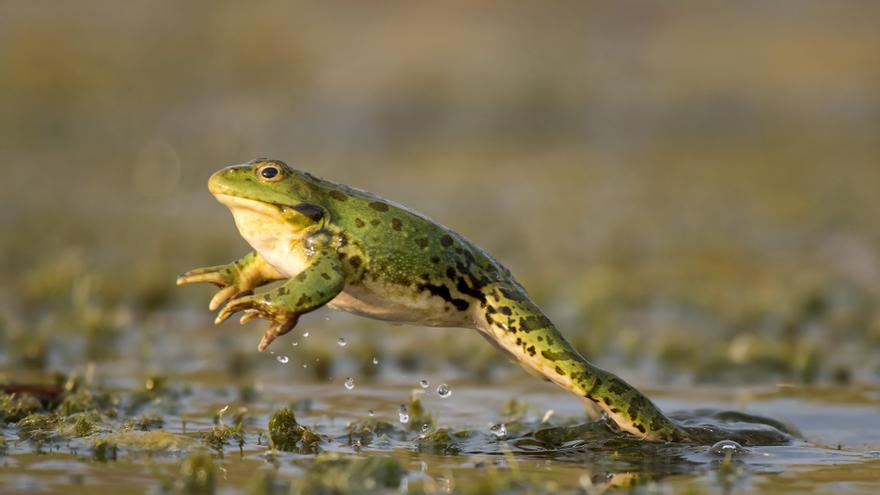 A team of American researchers has succeeded, thanks to a five Drug Cocktail, regrow amputated hind limbs in adult frogs.

The description of this experiment is published in the journal Science Advances and, according to scientists from the American universities of Tufts and Harvard, this study "brings us a little closer to the goal of regenerative medicine.

While most previous studies on limb regeneration have been conducted in naturally growing animals, such as the axolotl, the new findings demonstrate a technique for inducing limb regeneration in an animal unable to regenerate limbs on its own.

These discoveries could serve as a basis for future work exploring regeneration in humans, summarizes the magazine.

For patients who have lost their limbs to diabetes or trauma, the possibility of regaining function through natural regeneration remains out of reach. "The regeneration of legs and arms is still a thing of salamanders and superheroes"says a statement from Tufts University.

To further this research, the team developed a device, a bioreactor made of hydrogel called the BioDome, that can deliver a cocktail of five pro-regenerative compounds to a wound.

The scientists attached the devices to 115 amputated frogs (Xenopus laevis), some with hydrogel alone and others with the treatment. After 24 hours, they removed the devices and evaluated the regeneration of the animals' hind limbs for 18 months.

Each of the drugs served a different purpose, such as reducing inflammation, inhibiting the production of collagen that would cause scarring, and encouraging the growth of new nerve fibers, blood vessels, and muscle.

The combination of drugs and the bioreactor provided a local and signals that tipped the balance from the natural tendency to close the stump toward the regenerative process, according to the authors.

Frogs receiving the treatment showed long-term increases in bone length, soft tissue patterning, and neuromuscular repair; They were able to use the new limbs to swim, much like a normal frog would.

"It's exciting to see that the drugs we selected helped create a nearly complete limb," says Nirosha Murugan of the Allen Discovery Center at Tufts and first author of the paper.

"The fact that only one brief exposure to drugs to kick-start a months-long regeneration process suggests that frogs, and perhaps other animals, may have latent regenerative abilities that can be kicked into gear," he adds.

The researchers detected, in the first days after treatment, the activation of known molecular pathways that are normally used in a developing embryo to help the body take shape.

The team's next step will be to test how this treatment could be applied to mammals.