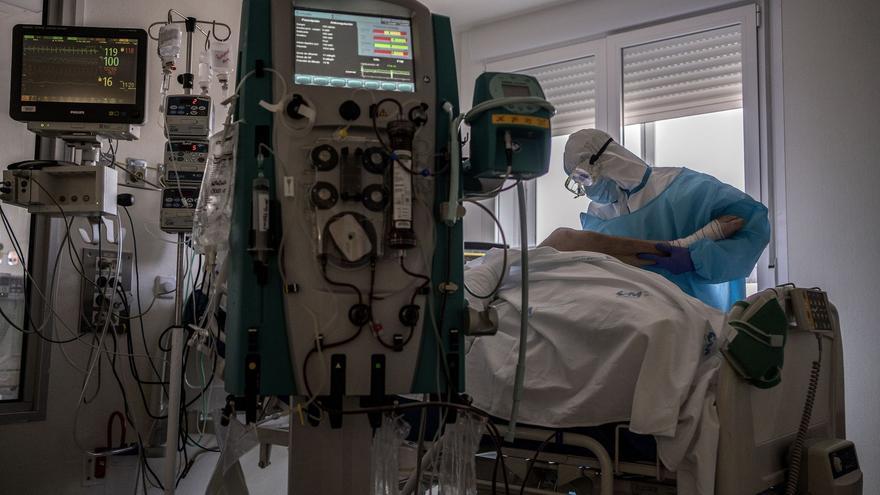 The group of top-level Spanish scientists who on August 7 asked in The Lancet An external audit on what has failed in the management of the COVID-19 crisis in Spain has published a new letter late on Monday in the same magazine, insisting on the need to start their work and detailing how they think it should be done. A month and a half later, the time has come to define what that exam should look like, they say, “in terms of timing, scope and leadership.” It should involve, they repeat in the British scientific publication, the central and regional governments.

This is a preview of the proposal that will be brought to Minister Salvador Illa on October 1, which has finally arranged a meeting with them for that day, which will constitute the group’s first contact with the administrations. They will pose three requirements. The first, that the examination begins “urgently”, “immediately”, and then reported “periodically” until the end of the pandemic when there is an effective vaccine that is administered massively. The second, “in a country with many political tensions,” have the support of political parties, organizations, and civil society: “The reactions to our first letter were positive among all stakeholders, and governments should capitalize on that consensus.” Third, the “firm commitment” that the central and regional governments will listen to the recommendations that come out of this project, and act accordingly.

The letter is headed by the epidemiologist and researcher at the Barcelona Institute of Global Health Alberto García-Basteiro, and by the Public Health expert from the University of Singapore and advisor to the World Health Organization Helena Legido-Quigley. They are accompanied at the firm by the same 18 other prestigious scientists from the previous time: Carlos Alvarez-Dardet, Alex Arenas, Rafael Bengoa, Carme Borrell, Margarita Del Val, Manuel Franco, Montse Gea-Sánchez, Juan Jesús Gestal Otero, Beatriz González López Valcárcel, Ildefonso Hernández, Joan Carles March, José M. Martin-Moreno, Clara Menéndez, Sergio Minué, Carles Muntaner, Miquel Porta, Daniel Prieto-Alhambra and Carmen Vives-Cases. To the first letter, they recall, more than 50 scientific societies and associations in the country ended up adding their support.

“COVID-19 has hit Spain hard, with more than 300,000 infections, 28,498 confirmed deaths, and an excess of around 44,000 deaths, as of August 4, 2020. More than 50,000 health workers have been infected, and almost 20,000 deaths occurred in nursing homes. ” The article of August 7 began with that description of the first wave of coronavirus in our country. In September, Spain already had more than 600,000 diagnosed cases, and it has become the country in Europe with the highest incidence per 100,000 inhabitants. All this must be analyzed independently, to determine what went wrong and what was done well in the past, both in the past and now and in the remainder of the crisis, experts say. The guide they suggest baby from which professors Martin McKee and Mike Gill presented in May for the UK with the same goal.

Once the three premises, urgency, support and commitment have been met, the most important thing is that the study has “guarantees of independence.” The scientists, as they have explained to elDiario.es, do not intend to be the ones to carry out the evaluation themselves, but will encourage the Ministry to seek external profiles. “Both the people who select the members of the evaluation team, as well as the members themselves, must be independent from governments, have never worked for them, and have no conflict of interest.” They suggest that they can be both Spanish working in the country and abroad, as well as international experts, and they speak of a “panel of experts” and different working groups.

They also insist that the approach does not have to be to find the guilty, but to prioritize “recommendations that can improve the situation, without guilt.” The team must have, in the opinion of the experts, gender equality and be multidisciplinary, in order to be able to observe the crisis from different areas. And aspire to the “high scope”, to analyze the actions in matters of health, economy and social, government and community effects. The working groups may even include people from civil society and professional representatives.

In addition to the McKee and Gill proposal, there are other audit models that will lead to Minister Illa. Is it so the one announced by the WHO that prepares worldwide and the one that made the Parliament of Victoria, Australia. “We continue to encourage the government of Spain and regional governments to carry out this evaluation, which can become an example that other countries replicate,” they continue in the letter, published in English in the original. Scientists will continue to send more proposals based on “scientific evidence” and thinking of helping to overcome the COVID-19 pandemic worldwide, they defend.

A Martorell court opens proceedings for the death of John McAfee

A skull found in Israel redraws the puzzle of human evolution