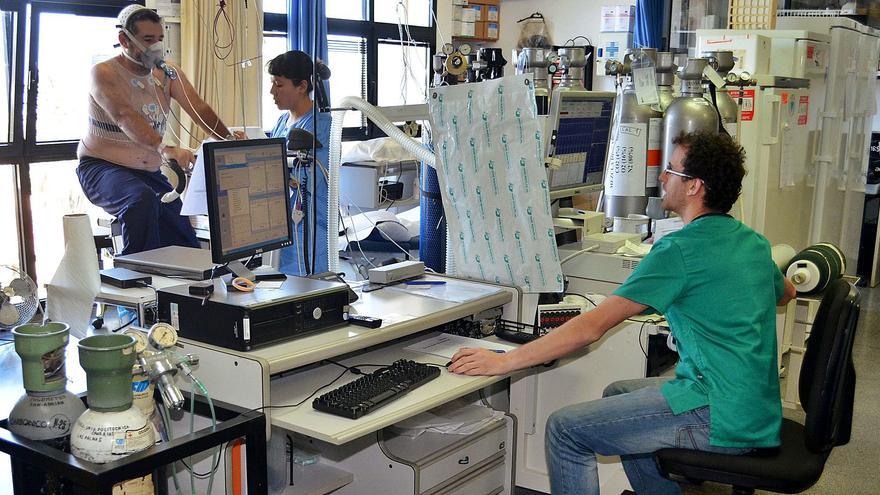 This study assesses the maximum number of research articles that have been cited at least that number of times -An h index of 20 means that the researcher has published 20 articles that have been cited at least 20 times each-, so that it measures both the quality -number of citations- and the quantity -number of articles- . Four of the most cited researchers in the latest DIH ranking point out the keys to being, year after year, among the best evaluated scientists at an international level. The professor of Preventive Medicine and Public Health at the University of Las Palmas de Gran Canaria, is one of the most cited researchers in the Canary Islands in the field of Health Sciences with an H 69 index. “Being so well situated It is due to the fact that we have established networks through the Carlos III Health Institute with researchers from all over Spain, and a trajectory in the Nutrition area of ​​an entire group that has been important and significant for decades ”, he indicated Serra Majem.

The professor points out the need to further promote the research carried out in the Canary Islands by the institutions. “Playing in the Champions League is difficult, but those of us who are lucky enough to be there should try to support us and encourage us to stay at these levels, there is a highly prestigious ranking such as that of Shanghai that depends on these indicators, and therefore therefore, it is important for the University to have people who can push ”, and pointed out the need to also bet on young people. “It would be important that this spirit of investigation be reflected in the new generations and that those of us who are in the front line could give the ground to other people.”

He works in different lines of research in the field of Nutrition. Participates in the national studies Predimed and Predimed-PLUS, related to the Mediterranean diet; and in a project funded by the Gasol Foundation on the monitoring of the Mediterranean diet and the level of physical activity in Spanish children and adolescents. To this is added projects related to food sustainability, artificial sweeteners, and the monitoring of childhood obesity in the Canary Islands, among others. The director of the research group on Human Performance, Physical Exercise and Health of the ULPGC, occupies second place, at the regional level, in the aforementioned ranking with an index h 59. He considers that this study measures the evolution of the entire research career, so the position he occupies is due to continuous work for more than 30 years. “I have been fortunate to be able to do a lot of research in collaboration with very good researchers from other countries, and that has also helped me to have a higher position in this ranking that measures scientific citation.” For Lopez Calbet, the key lies in a long-term research career, for this reason, he emphasizes the need to increase funding for new generations of scientists. “Young people must be encouraged to go abroad, improve their language and be in contact with very good researchers in other countries, because you learn a lot from them. It is possible to do good research, you just have to have tenacity and perseverance, and funding from the University and the regional government, because if we don’t wake up, these results will be historic ”.

He works in the area of ​​physical activity and health, on factors that determine sports performance. They also do research for the local industry, related to nutritional supplements. As an example, they have contributed, together with the Nektium company, to develop a product, already patented, that improves recovery after exercise and high intensity effort capacity. Member of the Nutrition research group of the University Institute of Biomedical and Health Research (IUIBS) of the University of Las Palmas, Almudena Sánchez Villegas is the third researcher in the Canary Islands cited in the DIH ranking with an index h 44. “It is the result of work of many years, but it is not a job of mine alone, but of a whole team of people. My name appears but this depends on the researchers who are involved in these studies, on all the participants who voluntarily answer questions or participate in them, and on the funding we receive, which in my case, I get most of it from the Institute Health Carlos III “.

His line of research is related to the prevention of mental illness, especially depression. “I am interested in assessing which lifestyles of the population conditions or determine the increased risk of suffering a depressive disorder.” You have just obtained funding for a project that will begin in January 2021 related to mental health and prevention in adolescents. The objective is to study in a representative sample of secondary school students, their diet patterns, drug use, alcohol, tobacco, video games, internet, bullying … “Collect information on these habits and relate it to the adolescent’s mental health now , and then follow them over the years to see their evolution in the future ”. Dr. Villar, a member of the Research Unit of the Hospital Universitario de Gran Canaria Doctor Negrín, occupies a prominent position in the ranking of the Group for the Dissemination of the h-Index (DIH) with an h-index of 40. “This position is among the best in the world. world means recognition of the work of so many years of research, thanks to the articles published in international journals ”. The main lines of research of the specialist in Intensive Medicine, focuses mainly on acute respiratory failure, in its multiple versions and causes, among them, Covid-19. He collaborates with national and international groups in studies focused on critical respiratory medicine, financed mostly by the state government through the Carlos III Health Institute. It has recently obtained a project of more than half a million euros, to study, together with 34 Spanish hospitals, the effects of corticosteroids in severe acute respiratory failure of infectious cause. Dr. Villar belongs to the group of experts of the World Health Organization for the use, analysis and study of corticosteroids in Covid-19. He is one of the medical specialists who participate in the WHO guidelines for the use of corticosteroids in severe coronavirus patients.

The Group for the Diffusion of the H Index (DIH) was created with the aim of making known the scientists with the highest H index among those working in Spain. “We believe that this index increases with the quality of the research published and, therefore, allows us to establish rankings of the best researchers.” The information they handle comes from a highly prestigious international database -ISI Web of Knowledge-, considered one of the best of a general nature. The values ​​of h that are obtained are objective and it is within the reach of the researchers that integrate it, to correct possible errors. According to the IHL website, it is a platform formed by anonymous researchers who do not have the backing of any institution, in order to guarantee their independence. Its database currently contains information on 3,971 researchers working in Spain, of which 2,382 appear in the rankings of 178 research areas. To appear in the rankings, researchers must have published an article in the last five years. The study refers exclusively to researchers residing in Spain, whatever their nationality, grouped by areas, provinces or sex. | MJH