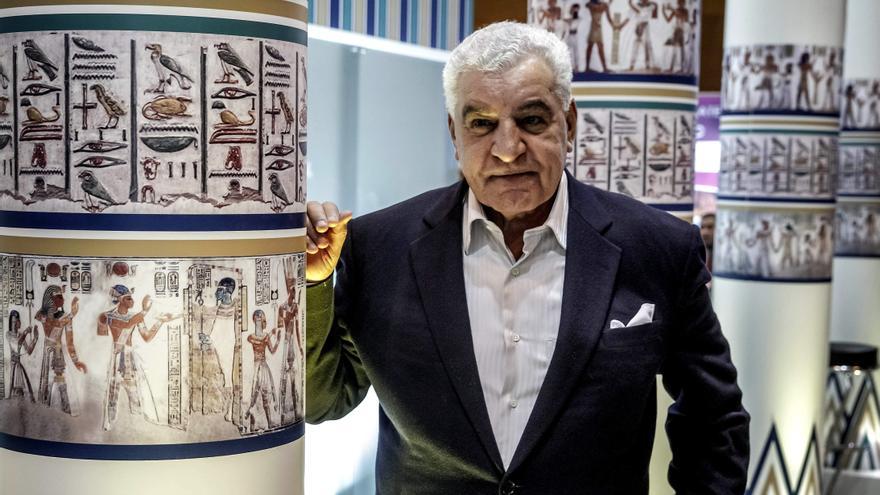 Madrid, Feb 17 (EFE) .- Pharaoh Sequenenra Taa II had a violent death and experts have debated for a long time how it happened. New image analyzes suggest that he was executed by multiple attackers and that some of his wounds were concealed when he was embalmed.

Nicknamed the Brave, this pharaoh briefly ruled southern Egypt during the occupation of the country by the Hyksos, a foreign dynasty that held power for about a century (c. 1650-1550 BC) and which he attempted to drive out.

A team from Cairo University used computerized tomography to analyze the mummy, discovered in the 1880s, and try to shed light on the end of the old king who, according to new data, would have died around 40 years.

X-ray analysis done in the 1960s indicated that he had only suffered several serious head injuries, and while some theories point to him being captured in battle and executed, others consider that he was killed by a palace conspiracy in his sleep.

The study, published by Frontiers, offers a novel interpretation of events before and after death, based on X-ray images processed by computer.

Sequenenra, according to the team, was captured on the battlefield and had his hands tied behind his back, preventing him from defending himself against the attack.

The scans, combined with other evidence, suggest that “the execution was carried out by multiple attackers,” which the scientists confirmed by studying five different weapons from the Hyksos that matched the pharaoh’s wounds.

“In a normal execution of a tied prisoner, it could be assumed that a single assailant attacks, possibly from different angles, but not with different weapons,” explained Sahar Saleem, a paleoradiography specialist at Cairo University, who considered that death “It was more of a ceremonial execution.”

The study also revealed details about the mummification of the body, such as that the embalmers used “a sophisticated method to hide the head wounds” of the pharaoh under a layer of material that worked in a similar way to the fillers used in modern plastic surgery.

This would imply that the mummification took place in a true mummification laboratory and not in a poorly equipped location, as previously interpreted.

The study provides “new and important details” about a stage in Egypt’s long history, according to Saleen, who noted that “Sequenenra’s death motivated his successors to continue the struggle to unify Egypt and start the New Kingdom.”

Saleem and the other co-author of the study, archaeologist and former Egyptian Minister of Antiquities Zahi Hawass, have pioneered the use of computed tomography to study the pharaohs and warriors of the New Kingdom, including Hatshepsut, Tutankhamun, Ramses III, Tuthmosis III and Ramses II.