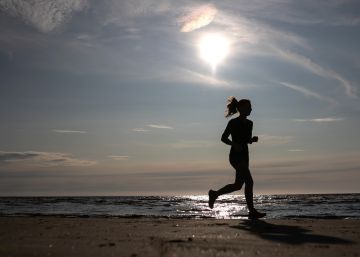 In 2015, the magazine Nature confirmed that genetics is the factor which most influences overweight and obesity, above diet or exercise. However, to control excessive fat storage, many specialists focus on ending bad dietary habits and sedentary lifestyle.

Now, a new study led by the University of Taiwan reveals what kind of activities are the most effective to stop this chronic disease, which only in Spain it affected 24 million people in 2016.

The research has been carried out in 18,000 people between 30 and 70, who were part of a Chinese biomedical research database.

Published in the magazine PLoS Genetics, the work confirms that practice jogging (running more slowly) was the best way to control obesity, followed by other sports such as mountain biking, hiking, athletic walking, certain dance modalities and yoga.

"Cycling or swimming do not decrease the predisposition to obesity"

According to the authors, these sports help reduce body mass index (BMI) in individuals, whose genetics make them more likely to be overweight. But, beware, you should practice them regularly, that is, three times a week for at least 30 minutes.

On the other hand, activities such as cycling, stretching or swimming do not prevent the effects of your genetics on obesity. "With stretching, less energy is consumed and swimming stimulates appetite," explains Wan-Yu Lin, principal investigator of the study.

To analyze the factors that influence obesity, previous research had only taken into account BMI. "So far, this single factor has been examined because it is easy to calculate, but if only height and weight are taken into account, the percentage of fat in the body is dismissed," adds Wan-Yu Lin.

The study has considered four other indicators of obesity that are also linked to metabolism problems. In this way, it has focused mainly on five measures: waist and hip circumference, BMI, body fat percentage and relationship between waist and hip.

Although the problem of obesity is complex and multifactorial, this new study specifies the most recommended type of physical activity for people affected by this disease, which is one of the biggest health complications in the world. According to the World Health Organization (WHO), overweight and obesity cause about 2.8 million deaths a year in the world.