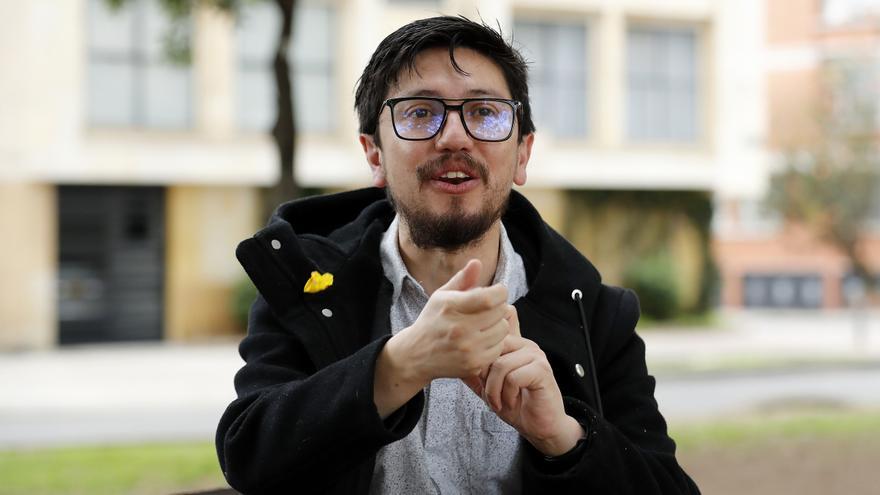 Bogotá, Apr 4 (EFE) .- Addressing science fiction from the point of view of Latin American authors is the proposal of the Colombian writer Rodrigo Bastidas Pérez with the anthology “The third world after the sun” (Minotauro), which collects stories from 14 authors in which realism and fantasy come together.

Bastidas assures in an interview with Efe that one of his claims is to show that “Latin American science fiction is varied, not only is it a science fiction that deals with specific topics, but that it can take up the themes of cyberphone (machines of the future) also speak of uchronias or refer to space travel “.

Authors such as the Cuban Elaine Vilar Madruga and Maielis González, and the Argentine Teresa Mira de Echeverría and Laura Ponce parade in the book with their own strength.

Bastidas (Pasto, Colombia, 1979) explains that another of the purposes of the anthology is that Latin American science fiction writers appear in it because there is a niche there that “is in a kind of boom.”

Although he emphasizes that all the authors of the book are good, Bastidas highlights the Uruguayan Sanchiz because he considers that he is one of the people who is thinking about science fiction the most not from a generic structure but from the breadth with which he approaches it: “I think it’s a great, good proposition.”

De Barragán, nominated for the Rómulo Gallegos award, highlights that he proposes a “science fiction that is taking up political, biological, religious, and mystical themes” and “all this is reflected in a very novel Bogotá or Colombia.”

Bastidas, who is also general editor of Vestigio, a Colombian publisher focused on science fiction, also values ​​that there are women who write in this genre and that there is “a seed that is sprouting” and bearing fruit.

“Currently writing and women related to gender literature, that is horror, fantasy, science fiction literature, you have to look at it very closely because that is where there is a kind of seed that is currently exploding “, He says.

Bastidas, who is currently finishing a novel and a short story, assures that in Latin America there are enough authors, of good quality, with whom “another two volumes could easily be made” on this genre without losing the quality of “The third world after the Sun”.

“There are so many science fiction writers that although they are the ones in the anthology (…) two more volumes could be done with other writers without the level or interest in science fiction being lowered in the slightest “, it states.

He considers that the anthology can also open spaces for other publishers to “dare to publish science fiction at the regional level” and adds that the book is also to remind the rest of the world that “in Latin America we also write science fiction.”

Bastidas, who has been a professor at several universities in Colombia and Mexico, emphasizes that science fiction is not a matter of travel and machines of the future, but rather that it has been an element linked to reality.

In this direction, he assures, several writers of this genre have expressed a “kind of political vision that science fiction has that allows, in another way, to see reality precisely through the extrapolation of worlds”.

One of these samples is the graphic novel “El Eternauta”, by Argentine Héctor Germán Oesterheld, published from 1957 to 1959, in which an alien invasion of Buenos Aires was shown and how people united to fight against that occupation.

“But in reality what that book is showing is the problem that existed in Latin America with dictatorships (…) and addressing readers about what was happening in Latin America at that time,” says Bastidas, who remember that Oesterheld disappeared during the last Argentine military government, like his four daughters.