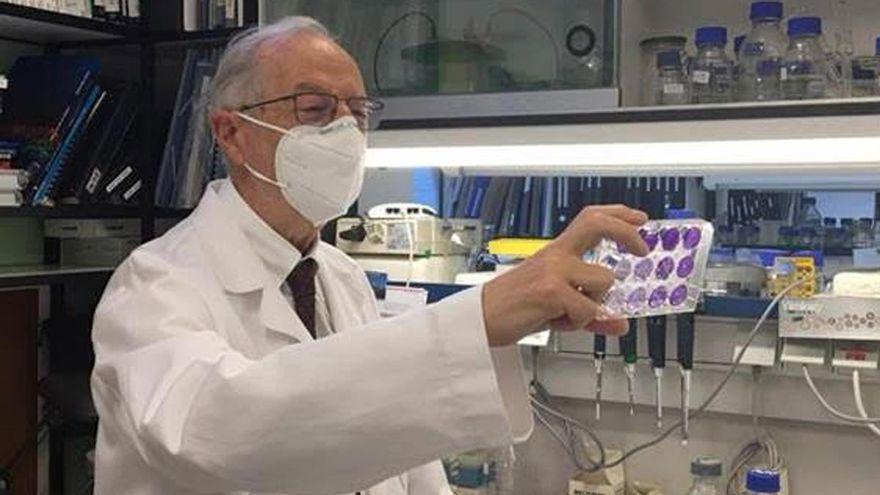 The urgency to find solutions to the health crisis of the coronavirus has triggered the ingenuity of researchers who for the last year have been searching tirelessly for effective remedies with ‘Spanish stamp’. Only the Higher Council for Scientific Research (CSIC) has applied to Europe for the registration of 150 patents, 50 more than in 2019, many of them related to technologies to stop the pandemic.

Vaccines, serological tests, nanofiber masks, nasal sprays and anti-virus materials with copper nanoparticles are some of the inventions patented by the CSIC whose exploitation developments have been granted to Spanish companies so that science and innovation go from the laboratory to the streets in a relentless fight to defeat the virus.

“We have bet from the first moment that all technologies were manufactured in Spain, renouncing exclusivity, and offering them to companies at very advantageous conditions to benefit society and avoid dependence on other countries that suffered at the beginning of the pandemic, “he says. Javier Maira, responsible for the Commercial Strategy of the scientific entity.

The company that buys the license undertakes to pay royalties to the Council They are calculated on a percentage of the net sales of that company. All proceeds are reinvested in more science and research. The CSIC is now negotiating with the who so that their technologies reach developing countries free of charge.

The hope of vaccines

CSIC researchers, more than 3,000 in this mammoth institution with more than 120 study centers, have been toiling since the beginning of the pandemic to search for vaccines to beat the virus. Until now have patented four projects that are in different stages of development.

Virologists’ Vaccine Mariano Esteban and Juan García Arriaza it is the one that is in a more advanced state of elaboration, to the point that they are confident of being able to start clinical trials in people “immediately”. Its development it has been licensed to the Galician Biofabri. After showing the vaccine prototype an efficacy of 100% in times, Biofabri will now be in charge of the development of the prototype for the tests in healthy volunteers.

The Catalan Hipra develops another vaccine prototype of the Higher Council for Scientific Research. Girona Pharmaceutical he hopes to get his vaccine cleared by the end of this year and produce 400 million doses during 2022.

Patented, but without licensing there are two other vaccines of the CSIC.

The work of virologists Luis Enjuanes and Isabel Sola It is emerging as the “most powerful” in the fight against the coronavirus, so its development also requires more time. It will be an intranasal vaccine and a single dose, Enjuanes has advanced.

The other antidote for which an exploitation license has not yet been granted is the one developed by Vicente Larraga, convinced that the vaccine developed by his team could be “remade in three weeks” if new variants of the coronavirus emerge.

One of the first solutions that the CSIC gave when the pandemic began was that of the serological tests to supply those that arrived with low reliability from China and that they ended up in the garbage.

In July of last year, a team from National Center for Biotechnology developed the antibody test in Elisa format with a reliability close to 100%. The biotechnology company Immunostep (Salamanca) has been in charge of producing this kit that detects three types of antibodies and allows us to know the people who have been in contact with the coronavirus and have been immunized.

The patent was also requested for the serological test in flow cytometry format produced by the Sevillian company Vitro. It is an antibody test for covid-19 ultrasensitive that only needs a drop of blood to analyze the sample and it’s ready in just 24 hours.

The masks of the CSIC that manufactures in Valencia Bionics, company of the scientific entity, they went on the market in August with some nanofiber filters, that guarantee a thickness 60 times thinner than normal ones, and an average duration of 48 hours of use. They are similar to FFP2s. More than a million units have already been sold.

With nanoparticle felt, between 70,000 and 150,000 personal protective equipment (PPE) are produced each week in Bionica’s laboratories.

A Belgian company of which the CSIC prefers not to give information for the moment has become interested in coronavirus blocking sprays that develop the Institute of Advanced Chemistry of Catalonia in collaboration with the Universities of Barcelona and Granada.

They are mouth and nasal sprays with lipids similar to those of the outermost layer of the epidermis that form a barrier capable of waterproofing the mucous membranes to the entry of the virus. “It does not replace masks,” warns Javier Maira, who reveals that the project is still waiting to pass toxicity tests.

Under development are the materials with copper nanoparticles that inhibits the SARS-CoV-2 coronavirus proteins and blocks their spread. The material, which has already been protected by patent, “is applicable in coating surgical masks, in protective fabrics for hospital use, and in coating contact surfaces, such as railings or knobs in public transport “, explain the researchers who are now studying its industrial development to bring it to market.

At the same time, develop an air filtration system to capture and detect SARS-CoV-2, while maintaining the validity of the guide presented in October with tips to ventilate closed spaces, especially the classrooms of schools.

“We have all had to put the batteries to respond to a situation as exceptional as the one caused by the coronavirus “, concludes Javier Maira, fime defender of the patent system so debated in recent weeks “because it is still a fundamental tool for the innovation and progress of a country “, underlines.

Tajo-Segura Transfer: the change in the aqueduct rules stirs the waters again