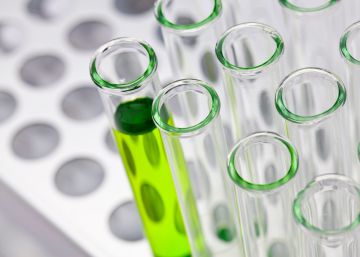 From physics and biology to digital technologies, nanotechnology, biotechnology and artificial intelligence, but establishing a multidisciplinary dialogue and debate between the different disciplines that also contemplate its philosophical, ethical, legal, economic, sociological and even political implications. This is the new master’s degree in Science and Philosophy that finalizes the Complutense University of Madrid For the 2020-2021 academic year, aimed at graduates of any area and specialty, a cost of 4,500 euros and with five 40% scholarships. To know more details about its content we talk with María Julia Téllez, physicist and director of this training, and Ana Rioja, philosopher and co-director.

Question. Why is a Master of Science and Philosophy necessary?

Reply. Current university education, due to the level of specialization required, cannot offer a vision of the global state of science and technology, as well as its philosophical, ethical, legal, political, economic and social implications. It is essential to facilitate dialogue between disciplines, analyzing the state of the matter in strategic matters of a technoscientific nature, as well as its very varied consequences for individuals and society.

It is about contributing to the benefits associated with knowledge can be distributed and enjoyed in the widest and most satisfactory way possible, minimizing the dangers that may arise from an ethical point of view, not only for the development and safeguarding of social welfare and human rights, but also of the whole of nature.

P. Are there (or should there be) ethical limits to scientific and technological development? How to set them?

R. From the outset, it should be said that every human activity, insofar as it has a collective or social impact, must have an ethical dimension, and in particular the scientific and technological activity, with such an important social projection, in no way can Be the exception. Now one thing is that dimension unquestionable ethics, in our opinion, and another thing are the limits to those who allude to the question, which suggests a border beyond which one cannot or should not move forward. If ethics is imposed as a matter of limits, does it mean that ethics would only play a role in that limit and not in all the previous activity that has led to that point? Is it not necessary that all scientific activity be governed by ethical criteria for the benefit of citizens?

P. What challenges does the progress linked to the manipulation of life pose?

R. Biotechnology aims to modify living organisms in order to introduce improvements in them. From the Neolithic to the present day, human beings have tried to intervene on living beings in areas such as agriculture or livestock. However, recent technologies based on direct DNA manipulation and new gene editing technologies open perspectives not only in these traditional fields, but in others such as healthcare (with new antibiotics or vaccines, for example), in the food industry (improvement of the quality of raw materials of vegetable or animal origin, food processing and preservation, food safety control, etc.), in matters related to the environment or biofuels.

Undoubtedly, any manipulation of life immediately raises the debate about the relevance of such processes of modification and alteration of the conditions in which living organisms have been constituted over centuries of evolution (let us put, for example, the debate on transgenic foods). But perhaps one of the most controversial applications is the one that refers to the possible action on the human beings themselves, derived from the techniques of biomejoramiento, not only with therapeutic purpose but with the objective of improving their physical and mental capacities.

P. How does the development of digital technologies raise ethical conflicts?

R. The problems posed by digital technologies (not only ethical, but also social, economic and political) are many and varied, such as the right to data privacy and their control and management; the need to implement values ​​in machines that respect the dignity, rights and freedoms of human beings; the responsibility that derives from the programming of algorithms on which non-minor issues depend, such as admission to a medical insurer, labor hiring or the granting of a bank loan; the deep social inequalities to which these digital technologies can give rise if they are not accompanied by basic principles of justice, equity and solidarity; the relationship between automation, innovation and employment and the digital divide between people from the same country and between countries, among many others. Together, the need for reflection and public debate on the future we aspire as individuals and as a society, reflection and debate to which this master’s degree is intended to contribute is imposed.

P. What role should the public and the private have in the development of science?

R. Assuming that the public refers to the political or state and that the private has to do with the business, with the industrial or financial capital, in general terms it could be affirmed that the sophisticated and expensive current scientific development requires the contest of both factors . Now, the problem lies in how to guarantee a fertile proportion between the two.

Are there scientific activities that should be modulated by the public sector, regulating the consequences of certain technologies, especially those that are strategic in nature? What should be the degree of intervention of public authorities (and not only the executive, but also the legislative) in the dynamics of the development of science? Are there lines of scientific research whose development should be the sole responsibility of the State? What would be the necessary regulation of private initiative?

The truth is that a society as complex as ours, with an increasingly present disruptive technology, does not seem to support extreme liberalism with social consequences difficult to predict.

P. How can and / or should be legislated?

R. It can and should be legislated, given the important ethical, political and economic consequences of scientific and technological development. The legal system must regulate aspects such as those referring to the new labor realities derived from the automation and robotization processes of companies; the problems derived from the need to guarantee the privacy of personal data and security issues linked to information technology, among many more.

P. Should moral and religious convictions or sensibilities play a role in scientific development?

R. Moral and religious convictions in fact permeate the set of social activities carried out by human beings. Now, since the question is whether must play some role, the answer would be that in the public sphere, and not only in the specific one of the scientific task, the desirable thing would be that personal beliefs or those values ​​that result from pure personal predilection, not susceptible to debate, deliberation or intersubjective analysis, will play the least possible role.