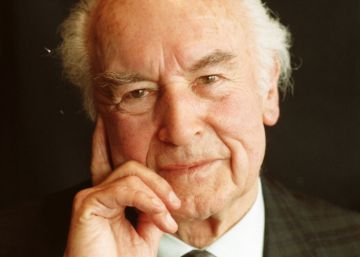 In the early sixties, chemist Albert Hofmann entered the Mazateca mountain range on the back of a horse. In one of his saddlebags, safely, he carried psilocybin, an alkaloid found in certain fungi and which he himself had isolated for Sandoz laboratories. The reason for his adventure was none other than to test whether his psilocybin had the same effects as those of the fungus popularly known as the flesh of God.

Years before, in 1943, he had made a significant discovery from his laboratory. From a certain fungus baptized as ergot, Hofmann found the LSD. It all happened when I was looking for a remedy for poor blood circulation. By chance, Hofmann discovered how one of the chemical substances contained in the ergot caused visions after its intake. It was the lysergic acid diethylamide.

According to this, it can be said that when he entered the Mazateca mountain range, his baggage, as far as chemical experiments were concerned, did not end in his saddlebags. In any case, Hofmann was not alone. For the occasion he was accompanied by Gordon Wasson, vice president of the JP Morgan & Co banking institution and a great connoisseur of psychedelic experience from mushroom intake; a man whose curiosity had led him not only to classify them, but to study their relationship with Mexican rituals. His report, published a few years earlier in the magazine Life under the title In search of magic mushrooms, still attracting people to Huautla de Jiménez, the town where, with the help of the flesh of God, healer Maria Sabina did her rites. These were ceremonies rooted in ancient beliefs where cosmic energies were poured into a diseased body until healed. One of the last spiritual tourists attracted to the cult of the magical flesh of God had been a psychology professor named Timothy Leary, whose journey changed his life. "… I heard the voice of God and began to believe in his actions," he said after the experience in Huautla de Jiménez.

One of the last spiritual tourists attracted to the cult of the magical flesh of God had been a psychology professor named Timothy Leary, whose journey changed his life

There are times when science is confused with magical thinking and one of those times took place in Huautla de Jiménez, when Albert Hofmann and Gordon Wasson crossed the mountain range and reached the house where María Sabina was. That was when Hofmann took Sandoz's psilocybin from his saddlebags and gave it to the curandera. According to Gordon Wasson, the chemist was cautious and gave him a very small dose, after which the healer did not recognize the effects. It was then that Hofmann raised the dose and Maria Sabina got visions identical to those obtained with the help of fungi, but, according to Gordon Wasson, "without much enthusiasm."

Psilocybin is a natural compound of low toxicity and that had its time when tested in patients with obsessive disorders and anxiety problems. Timothy Leary, surrendered to the possibilities of the alkaloid, began experimenting with him at Harvard, which is why he was fired from the university. According to the file, his work violated the values ​​of the academic community. The scandal would soon reach the press marking Leary as a depraved who ingested psilocybin for recreational use. All this provoked a reaction that would cancel out any kind of psychedelic experiment in the university environment. Timothy Leary himself would tell him a thousand times, not only in his biography, entitled LSD Flashback, but also in conferences throughout North America.

When the time came, Hofmann himself, who considered Leary an "interesting but with an excess of prominence" type, opposed the decree banning psychedelic experiments. Hofmann knew that the world of prohibition forces us to give up learning.