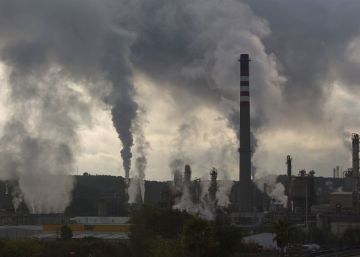 The scientific community has made climate change a priority on the world agenda after years of research and an important effort to explain the consequences of our action on the planet. But scientists not only warn of the dangers we face, we also work to offer ourselves the necessary solutions to fight them effectively.

In this sense, one of the most attractive strategies is the use of COtwo As raw material to manufacture all kinds of products. By using catalysts it is possible to give this residue a new life. For example, thanks to the use of new photocatalysts we can convert water and CO2 into hydrocarbons. These “solar fuels” do not come from fossil sources – such as oil, coal or natural gas – but are prepared by recycling COtwo with sunlight. It is, therefore, a example of circular economy. What today is a waste, tomorrow can be a useful and abundant raw material. These advances allow us to dream of a more sustainable chemical industry that needs less natural resources and generates less waste. But the opportunities offered by scientific research – and more specifically the development of new catalysts – go far beyond fuel production. Nowadays it is possible to generate a great variety of high value-added products from COtwo. For example, the latest issue of the magazine Nature describes the electroreduction of COtwo to methanol, a molecule, which in addition to fuel, has endless uses in the chemical industry. Last week, Nature magazine also described the transformation of COtwo in ethylene, which is one of the most used organic compounds in the world. Thanks to this discovery, it is possible to set COtwo of the atmosphere and manufacture plastics literally from the air. These, and other similar advances, allow us to consume instead of generating this gas, that is, to produce negative CO emissions.two. This strategy is essential to achieve the objectives of the Paris Agreement. Very important advances in solar energy are also being made, which is one of the most promising alternatives to reduce our dependence on fossil fuels. In this sense, in our molecular nanotechnology laboratory at the University of Alicante, and in collaboration with IMDEA Materials and the University of La Rioja, we have developed the most efficient low temperature solar cells by incorporating molecular antennas in semiconductor metal oxides . We are currently working to overcome this record through the use of carbon nanomaterials. Other research groups are developing other strategies so that we have increasingly better solar cells. This collective effort has allowed us to reduce the price of solar energy in a few years. In fact, in many countries – without going any further in ours – it is cheaper to produce electricity with solar panels than from fossil fuels, as reported by the World Economic Forum a couple of years ago.

Madrid has become for a few days in the world capital of the fight against climate change. The COP25 is an exceptional opportunity for Spain to show the work that is carried out in the laboratories and research centers of our country. It may not be a well known fact, but some of the main advances in CO valorizationtwo They have been made in Spanish companies and research centers. Recently, Victor A. de la Peña O’Shea, coordinator of the uses group of the Spanish CO platformtwo and of the Spanish network of solar fuels, he has developed in his laboratory in IMDEA Energy new multifunctional hybrid materials that allow to transform COtwo in methane using sunlight. This discovery is very relevant because it can be used in closed heating circuits, which significantly reduces our dependence on fossil fuels. Another important advance in the transformation of COtwo in useful products it has been carried out in REPSOL. The researchers of this company have developed a new catalyst that allows to prepare polyols, a family of macromolecules with numerous practical applications. This advance avoids the use of propylene oxide, a compound that comes from petroleum.

Only a very small part of the funds is dedicated to research. This myopia delays the discovery of solutions that would make it possible to reduce CO emissionstwo effectively and profitably. On the contrary, many resources are wasted

Recently, French President Emmanuel Macron and his Chinese counterpart, Xi Jinping, have asked developed countries to allocate $ 100 billion a year to the fight against climate change. Unfortunately, only a very small part of the funds allocated for this purpose is dedicated to research. This myopia delays the discovery of solutions that would make it possible to reduce CO emissionstwo effectively and profitably. On the contrary, many resources are wasted on patches that do not solve the problem. A concrete proposal to accelerate the discovery of new solutions is the creation of an international research fund for the fight against climate change. Thanks to this initiative, the best scientists from around the world could have the necessary resources to carry out the great discoveries that we need so much. This fund would allow to finance adequately multinational projects – today hindered by the provincial limitations of national calls – led by the best scientists from around the world in a continuous, ambitious and collaborative way. Only through large international projects, of which the best minds in the world are part, can we make radically new discoveries that will allow us to end our dependence on oil. This international initiative would correct the current situation, which delays the achievement of new discoveries because it is based on small, scattered projects without the necessary coordination and ambition. Science has allowed us to know the risk of climate change and identify its causes; but it also offers solutions to combat it. However, we still need great advances that allow us to end the use of fossil fuels once and for all. We all suffer the consequences of climate change and only by working together can we end this threat. I can't think of a more urgent and vital issue where science can contribute more and better.

However, it would be naive to think that simply with technology we can end up with such a complex problem. In fact, the advances I have mentioned, and many others similar, have not prevented CO emissionstwo keep increasing year after year. To fight against climate change it takes much more than scientific discoveries. To begin with, political will is necessary to reach agreements, which some of those responsible for the countries that pollute the most lack. Large energy companies can also do more. In fact, the energy industry is one of the least percentage of its budgets dedicated to research – even less to the development of clean energy – which affects its commitment to sustainability and puts its future at risk, which is linked to finite resources and not renewable. And of course, also each of us can do much more; To begin, we must make more conscious and sustainable use of the resources we use. Science helps us fight climate change, but it doesn't work miracles. It is up to us to realize the opportunities that technology offers us without losing a minute. It is #time.

Javier García Martínez He is a professor at the University of Alicante, the Rafael del Pino Foundation and elected president of the International Union of Pure and Applied Chemistry

Amazon and Apple veto Parler, the social network of ‘Trumpism’