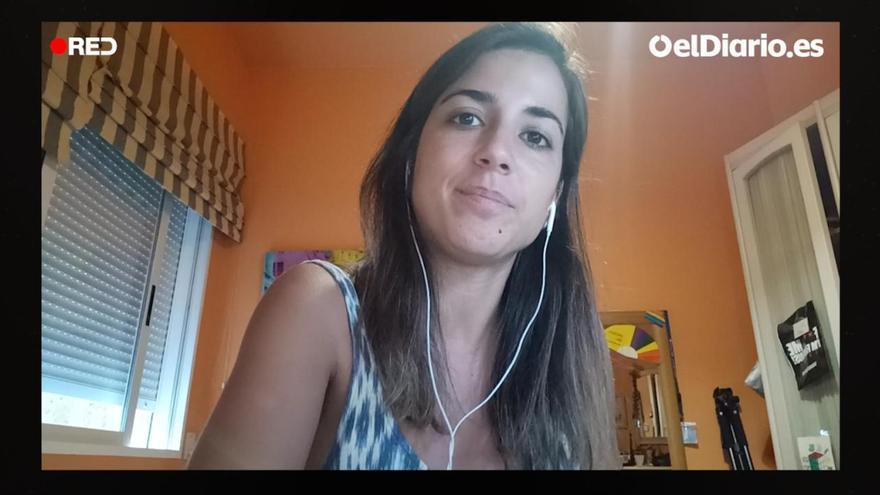 We may not know much about quantum mechanics but you have surely heard of the Schrödinger’s cat paradox. You may not have heard so much about Rocío Vidal, better known as Schrödinger’s Cat, which has not been the subject of any physical-theoretical experiment. Jokes aside, Rocío is the creator of the YouTube channel ‘La Gata de Schrödinger’ which already has more than 456,000 subscribers. In it, her work is based on uncovering myths and pseudoscientific scams on a large number of topics; from science and technology to religion through psychology, homeopathy, politics, animal consumption and feminism always accompanied by a humorous touch and large doses of critical thinking.

In his book, Fuck science! (Plan B, 2019), brings together the most popular pseudoscientific hoaxes doing a serious and objective investigation, continuing the crusade that he had already been doing from his YouTube channel.

He teaches us the importance of science in society and from his book he opens the debate on the happiness industry that some spiritual gurus or pseudopsychologists have created who promise formulas for success and happiness, when they do not exist. Even the motivational coaches that according to Rocío “are more of the same”, but with a methodology behind. It ensures that all maintain the same little scientific basis. From her videos, she encourages us to trust only those people who have an endorsement that certifies that they have psychological training since it is very dangerous that there are people without training dealing with mental health.

His channel began to become popular two years ago when he denounced the pseudoscientific practices promoted by two influencers Spanish without scientific endorsement before thousands of followers. ‘La Gata’ in response put on the table all the scientific studies available on the subject, reaching more than a million and a half visits on YouTube.

“The way to combat misinformation is by learning to discern,” says Rocío, assuring that “it is the task of education to teach us to develop critical thinking, a scientific culture necessary for both science and literature people. Educate from small to learn to detect these signs and to contrast the information “.

The work of scientific disseminators is very necessary and more so living in a world of overinformation and infoxication in which the true information is buried under tons of false information, not verified, or rumors of all kinds. The “noise” does not help either, defined by the Royal Academy of the Spanish Language as the interference that affects a communication process. Vidal states that “we receive so much information per minute that we need to update the educational system to adapt to this situation.”

Complicated, but not impossible

Appeal to common sense, read people of all currents and ideas of thought or question where the information comes from, who contributes it and why are some examples that Rocío Vidal gives us about how we can combat that giant that is disinformation: ” We have all eaten a hoax nowadays, you have to think twice before sharing anything, look at the sources and be very cautious. It is not easy to fight against our confirmation bias, in the end he likes to believe the information that confirms his ideas and we don’t usually read people who don’t think the same. ”

At the same time, she confesses to the newspaper that disseminators like her will always be able to denounce what they want but they will never reach the same audience as the great ones. influencers that promote this or that thing without bases of any kind: “It is clear that there must be freedom of expression, but just as there are people who feel free to express their ideas, they also have to accept my freedom to respond to them.” Tangentially brushing against examples such as Miguel Bosé’s controversial views on covid-19 encouraging people to participate in anti-mask demonstrations, Rocío Vidal leaves us a message to bear in mind: “When you are present before hundreds of thousands of people, you have to be responsible with the ideas you transmit. I think it is a time to build and create a critical mass that is constructive. Both the media and the so-called journalists and politicians take the opportunity to directly disseminate hoaxes and fake news thus whipping up the enemy and you don’t want it to undermine the critical thinking of people because many trust them. I want to think that this is a noisy minority and that people are not buying the first hoax that passes by, both related to the pandemic and to our political opponents. ”

‘La Gata de Schrödinger’ is among the most viewed science dissemination channels in Spain and one of the many that fight to eliminate the conspiracy currents that are growing more and more today thanks to social networks. As a result of the coronavirus we have been able to observe how the number of “anti-vaccines” grew in the United States or Italy and the effect they produce: “children have died, it is very dangerous and reflects the need for scientific education and how badly a few can do conspiracies who spread lies, “says Rocío. Of course, it makes it clear that “we must be aware that the situation is very complex and that these currents are not going to disappear. I fervently support critical thinking and question things wherever they come from, we must raise our voices, encourage ourselves to disseminate and do not be afraid”.

In practice things change. Rocío tells elDiario.es the problems that the YouTube platform itself has caused with content related to the coronavirus or the pandemic. As measures to prevent overinformation, YouTube’s own platform has been in charge of censoring content that does not come from official institutions and the media, hiding everything else. In this way, they only enhance what is of interest to that platform instead of helping those creators who fight hoaxes despite adding millions of followers. “My content is much more focused on denying the claims or practices that are becoming fashionable. YouTube covers them, does not allow them to be monetized or gives them visibility. The videos in which I talk about coronavirus have much fewer visits than others and not because of lack of interest but because the algorithm detects them as a sensitive issue and reduces its visibility, “denounces Rocío.

Finally, we ask Rocío to share a final advice in these times: “We must question things, we do not have to believe the politicians because they tell us, or abide or accept all the measures just because. We have to trust in science, we must trust that scientific evidence is advancing with respect to the virus, but we also have to be responsible. If there is no individual responsibility to comply with basic public health measures, we will never get out of it. ”