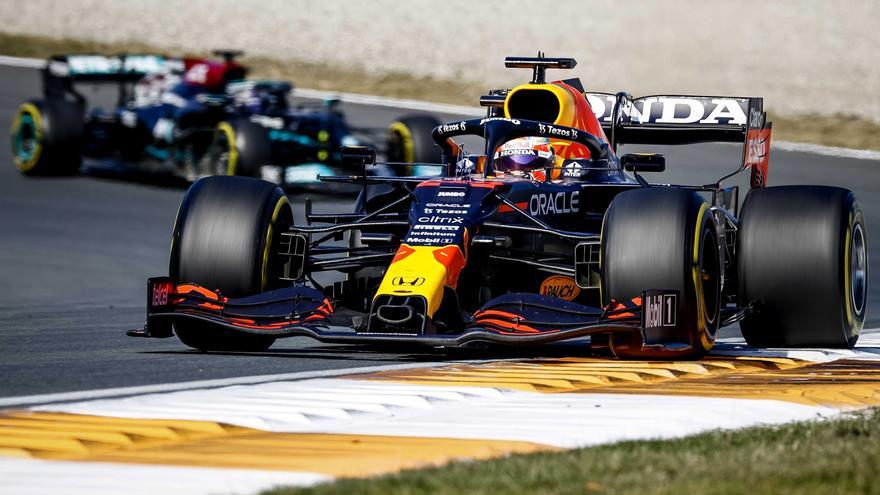 The Formula One closes this weekend a racing triplet, with the asterisk Belgian Grand Prix, in which only two laps were run behind the Safety Car due to adverse weather conditions, in the Monza National Autodrome (Italy), known as 'the temple of speed', with the title fight at a peak.

Dutch Max verstappen did his homework by winning his home Grand Prix five days ago, in the Netherlands, and went from being three points behind the British Lewis Hamilton to reach Monza with the same advantage in the leadership of the drivers' world championship. In the last season before a severe rule change, competition appeared to Mercedes.

Hegemonic since 2014 in the constructors 'and drivers' world championships, only Nico Rosberg in 2016 can take the crown from Hamilton, season that ended their relationship. And the Briton, when he was trying to be the most successful rider in history with an eighth title - he has seven tied with the German Michael Schumacher -, he found a rival who stopped warning and began to aspire to everything.

In the previous two seasons, Verstappen became the alternative to the monopoly of Mercedes, but occasionally. Until in the current one, Honda finally gave it an engine to match, coincidentally in the last year of the Japanese brand as a supplier, and has won seven of the 13 races held to date.

It may precisely be the engine that takes him to the top of the podium for the eighth time in 2021. Without having a great top speed you cannot win in Monza, unless there is a crazy race like last season, in which the French Pierre Gasly, with a AlphaTauri, took advantage of the red flags to surprise.

In speed, Red Bull-Honda has proven to be better. In memory the radio messages of Lewis Hamilton in Austria remain, complaining about the difference with respect to his Mercedes. And in Monza it should be noticed even more.

Something that should help the Mexican Sergio perez, who should be erected as Verstappen's squire in this final part of the season. Along with Bottas, who will change Mercedes for Alfa Romeo by 2022 After five seasons at the star mark, they can be judges of the title.

'Checo' comes after two tough races. At Spa-Francorchamps, he made a mistake on the finish lap on the grid and started from the pit-lane in a race where two laps were run behind the safety car, for which only half the points were awarded. . And in Zandvoort it came from the same place, but after changing the power unit, since he fell in Q1 in qualifying because the team did not take him out on track in enough time to do his second lap.

In Spanish key, the Italian Grand Prix will be very special for Carlos Sainz, as he runs into Ferrari's house dressed in red for the first time. To emulate his teammate Charles Leclerc and his compatriot Fernando Alonso, who won at Monza in his debut season with the 'scuderia' you will need luck, since, on paper, they should be fighting with Mclaren and Alpine for being the best of the rest, behind Mercedes and Red Bull.

In that fight there will also be Fernando Alonso (Alpine), double Formula One champion with Renault in 2005 and 2006 and returning to Monza after two seasons out of the championship. He knows what it's like to win on the fastest track in the world up to two times (2007 with Mclaren and 2010 with Ferrari).

The great Asturian rider also arrives in good shape. 6th place at Zandvoort managing tire life from the start, after making one of the best starts of the year gaining two positions, and with a fourth place in Hungary after holding Hamilton and his Mercedes behind 10 laps, leading to the victory of his teammate Esteban Ocon.

The McLaren, despite the fact that last year they had a Renault engine and this season they switched to Mercedes, they will be the main threat. Sainz came within a few tenths of winning in 2020 at Monza in a race in which he and Norris they showed, under normal conditions, to have more rhythm than the rest of the grid except for the seven-time world champion.

The Italian Grand Prix will have the absence, as already happened in the Netherlands, of Kimi raikkonen due to its positive in coronavirus. The Finn, world champion in 2007 with Ferrari, will not be able to say goodbye to the temple of speed in what is his last season in Formula One. His place will go back to Polish Robert Kubica.