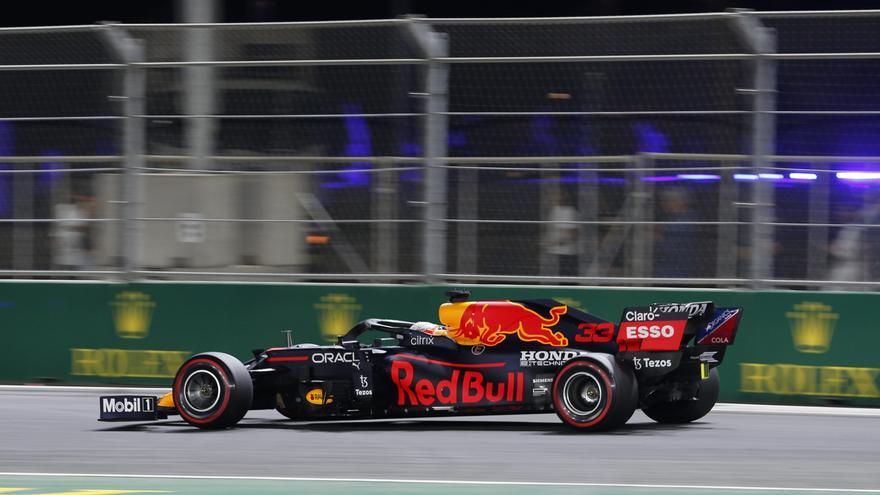 The english pilot Lewis hamilton (Mercedes) finished as the fastest in this Friday’s free practice of the Saudi Arabian Grand Prix, a new layout for the penultimate round of the world that the pilots seem to like, with minimal differences. Even just on Friday, Hamilton is still ahead of the World Cup leader Max verstappen (Red Bull), as it has been doing for the last two weekends, in Brazil and Qatar. Thus, the seven-time champion is prolonging the excitement for the title, although the Dutchman still has an income of eight points in the general.

The Briton was the best in Jeddah, on a very fast circuit, with little curve and some intimidating walls. The free seconds actually ended in fright, an accident of Charles Leclerc (Ferrari) that at least it was against some security barriers. The Monegasque got out of his wrecked car on his own feet and finished there on Friday, although there were a few minutes left in the session.

Hamilton left a time of 1: 29.018, something better than the first round, to repeat dominance ahead of his partner Valtteri Bottas. Verstappen was third, second in FP1, but less than a tenth. Everything is pretty tight after the F1 landing in Saudi Arabia, while the pilots find confidence.

The traffic, with cars appearing out of nowhere, was a handicap for many minutes in a second free practice session that took time to improve on the first. At the moment, Hamilton, winner of the last two races, It seems to have more than a Verstappen with the upper hand as it can be champion if it scores 18 points to the English.

Meanwhile, the Ferrari of Carlos Sainz It was difficult for him to improve times and he lost a position with respect to the opening round, seventh. The Madrilenian witnessed another great day for Alpine, with a motivated Fernando Alonso after his third place in Qatar and who finished the fifth day, followed by his teammate Esteban Ocon.

Where to watch Formula 1 races

The 2021 season of Formula-1 2021 can be followed live in Spain on television through Movistar + and DAZN. The telecommunications operator will include full coverage on its Movistar + F1 channel and the streaming platform adds the races to its offer thanks to the agreement reached, which also affects MotoGP.

With regard to the main Latin American countries, in Argentina, Colombia and Chile The great prizes can be followed through Fox Sports, while in Mexico Channel 9 Televisa will be in charge of the transmissions. For its part, in USA Formula-1 can be seen on ESPN.