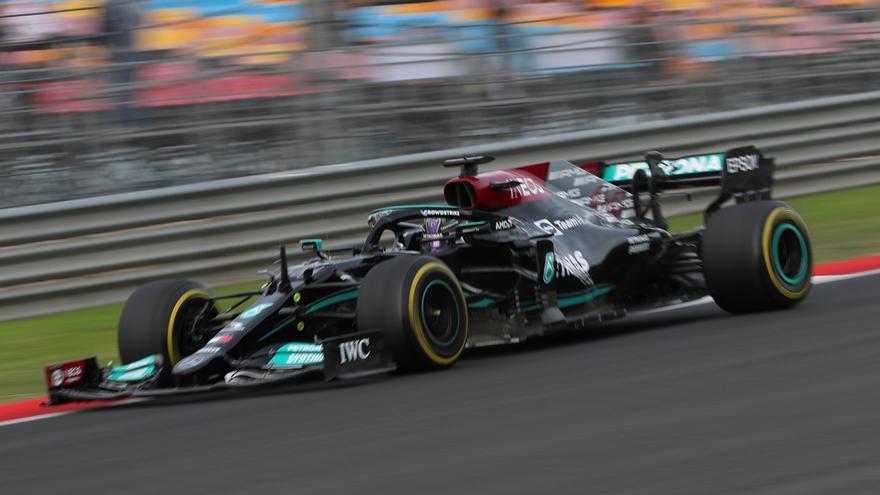 The pulse for the title of the Formula 1 World Cup between the british Lewis hamilton (Mercedes) and the Dutch Max verstappen (Red Bull) arrives at the qualifying session of the Turkish Grand Prix, conditioned for the seven-time world champion by a sanction that will relegate him ten places after having changed the internal combustion unit of his propeller.

In free practice, Hamilton was the fastest in the two runs. In the second session, the Spanish Fernando Alonso (Alpine) and Carlos Sainz (Ferrari) the seventh and twelfth, respectively. The World Championship leader covered the 5,338 meters of the track on the outskirts of Istanbul in the best of his laps, with a soft tire, in one minute, 23 seconds and 804 thousandths, 166 less than the Monegasque Charles Leclerc (Ferrari), who spun 28 times in a session in which Verstappen.

The Mexican Sergio perez (Red Bull), which is fifth in the World Cup, with 120 points, set the fourth time of the second session, in which everyone set, with a soft compound tire, their best lap of the day, before doing long runs of race simulation.

Alonso, sixth in Sochi two Sundays ago and tenth in the championship (58 points), registered seventh on the times table. The Asturian double world champion stopped the clock, in the best of his twenty laps, in 1: 24.660: 856 thousandths of the time of Hamilton, which in Russia raised his own historical record of victories in the premier class to one hundred. In a session that ended at 19 degrees Celsius ambient and 26 on the asphalt.

Sainz, who after finishing third in Russia regained sixth place in the World Cup (with 112.5 points) and that Sunday will start from the back of the grid having changed the engine of his Ferrari, he repeated the Istanbul Park track 33 times and set the twelfth time of the session, one minute, 24 seconds and 903 thousandths, 682 less than Hamilton. In training without major incidents, except for a spin by Frenchman Pierre Gasly (Alpha Tauri) and the occasional track start, including those by Bottas and Canadian Nicholas Latifi (Williams).

Qualifying, which will order the starting grid of the Sunday race, scheduled for 58 laps, to complete a 309-kilometer route.