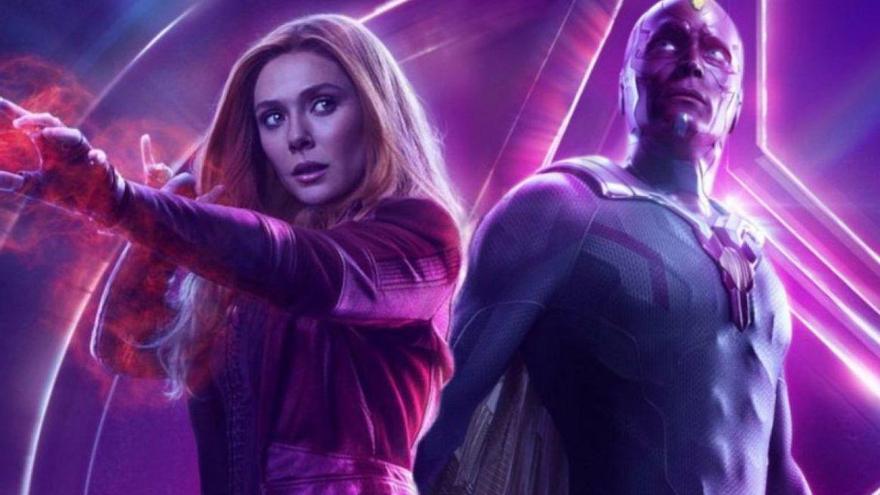 Whoever expects a superhero story to use in the leap to television of Wanda Maximov and Vision is going to be surprised by the originality and freshness of the proposal of Disney +, what mix the superpowers of these Marvel characters with a tribute to the classic sitcoms.

A strange combination a priori but that works perfectly in a proposal that maintains all the essential characteristics of series such as ‘Bewitched’, ‘I love you, Lucy’, ‘The Dick Van Dyke show’ or ‘The girl on TV’ and which opens this Friday on the Disney platform in all the countries in which it is present, including Spain.

With the first chapters in a beautiful black and white with little contrast, which turns into color as the time in which it is developed progresses, the history of ‘Scarlet Witch and Vision’ (its original title is ‘WandaVision’) places the two superheroes -interpreted by Elizabeth Olsen and Paul Bettany– in the idyllic neighborhood of Westview.

The story begins after the terrible events of ‘Avengers: Endgame’ (2019), which was a turning point in the cinematic universe of Marvel superheroes, with the disappearance of some of the most symbolic.

But one of the great unknowns of the series is the mere presence of Vision, who died in ‘Avengers: Infinity War’ (2018). Although at the end of Endgame, during the funeral of Tony Stark (Iron Man), there is a conversation between Hawkeye and Wanda in which they lament that Nat (Black Widow) has not seen the victory of the Avengers.

“She knows it. They both know it,” replies a mysterious Wanda.

If that is the key to Vision’s reappearance in the first Marvel series for Disney, it is still too early to know because the platform has only provided the press with the first three chapters And, although it is known from the trailers that there will be typical scenes of superheroes and great battles, at the beginning of the series you can hardly intuit what is going to happen.

At the moment these first three episodes are a delight in which the simplicity, humor and everyday scenes from those sitcoms in which the home and the families were the center of the plots.

Those stories starring Lucille Ball and Desi Arnaz in ‘I love you, Lucy’ or Elizabeth Montgomery and Dick York, in ‘Bewitched’, are now at the service of Wanda (Olsen) and a Vision (Bettany) that changes her androgynous face to a human when there is a risk of meeting someone.

Simple plots, with white and familiar jokes in chapters that respect the brief duration of sitcoms from the sixties and seventies, barely 30 minutes per chapter.

There are 9 episodes that make up this season of the series, which represents a radical turn to the style with which Marvel stories have leapt into film or television until now.

It is cute and funny to see Wanda dressed as the perfect housewife trying to cook with the help of her magic, with the pans surrounding her head. And even more to see Vision as a lightning-fast accountant trying to earn a promotion at his job.

Both they and the secondary ones are adapting to the aesthetics of each series to which they honor while the script is introducing in each episode little nods to the world of superheroes to which it seems that the two protagonists will return with the evolution of the plot.

Messages received through the radio for Wanda, colored toy helicopters that break into a life in black and white or neighbors who are not what they seem, give clues about how the idyllic life of the protagonists will change.

But while the frenetic action that characterizes the adventures of the Avengers, Wanda and Vision enjoy a fun and simple life to the sound of a careful soundtrack which includes songs like ‘Help me Rhonda’ by the Beach Boys; ‘Yakety Yak’, by The Coasters, or ‘Daytime believer’, by The Monkeys.

A supposedly fictitious and perfect scenario interrupted by small moments that remind us that Wanda and Vision are far from being a simple housewife and an accountant.