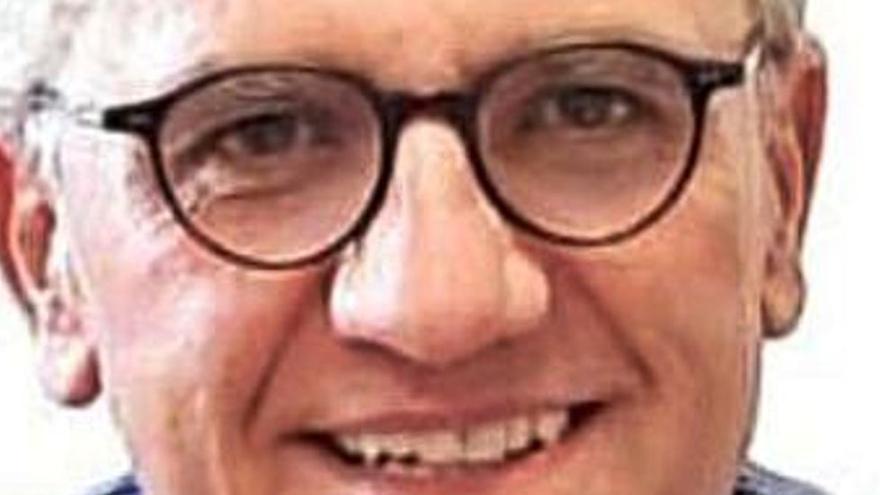 –Do we continue to unlink emotions from health and demand pharmacological solutions?

“Totally, and it’s a shame.” In my talk in Gijón I also spoke about this and about medicine based on moral values, which are different from ethical values ​​because they respond more to customs and traditions, and it refers to what you say. The moral value that people have learned is that if I sleep poorly, then a sleeping pill. And if my stomach hurts, Omeprazole. If my knee hurts, Voltaren. They are the learned values. But we must take one more step in the enormous field that is bioethics and educate ourselves, together, to change it. We must learn that having good health goes beyond taking medicine. There is intelligent life beyond the pill.

-Yes. The consultation is much faster with a prescription than talking about what is making us suffer or what worries us. The pharmaceutical industry is also not interested, although it is true that it has helped us a lot with the pandemic.

–I totally agree with them. Spain is out of orbit in this sense, we consume twice as much as France and Germany. Respond to that of the quick consultation and I also spoke about that topic in my talk. I believe that a medicine based on universal values ​​is necessary.

–How can we define psychosomatic disorders?

– For a quick review, the father of modern philosophy, Descartes, said that the body and the emotions were separated, that the mind had nothing to do with what happened in the body. That was the dichotomy for a long time, until in the 19th century, with Romanticism, the writers of the time began to express their emotions and feelings.

–Afterwards, the figure of Freud appeared, constantly talking about the unconscious and emotions and how feelings, suffering and emotional stress affected people. In the last century, Franz Alexander and the Heidelberg School considered that emotions also appeared in illness, that a person living in a very noisy house or in a hostile city could develop problems. Already in the twentieth century, the last advance was when health professionals began to speak of the spiritual component, in this case linked to terminally ill patients, defining the third element of this field, which is very broad and is increasingly studied.

– Perhaps the concept of the psychosomatic provokes rejection? Patients may feel accused of making up their pain.

-If it happens. You tell them and they answer: no, look, my leg really hurts a lot. And that is beyond all doubt, of course it hurts, and it is treatable. What happens is that this pain is not due to osteoarthritis, it is not something organic. But it is real. And to cure it, you have to work on the components that I said at the beginning, make the patient talk about their concerns and feel illusion again.

– What is the prevalence of these diagnoses?

-High. In primary care, half of the patients have functional or psychosomatic disorders. What happens is that, as the concept sounds old, now we use more that of medical anthropology, because ecology, sociology, the environment intervene in the disorder …

– Is there a typical profile?

“I couldn’t say.” We see men with irritable bowel problems and tinnitus, women with itching and headaches. Tired people or with anything else that ends up being invalidating. It is very serious. During the pandemic, there were people who did not want to go out because, since everything was closed, there were no bars and they no longer dared to go out without a toilet nearby due to their intestinal problems. Other people are afraid to go out because everything creates anxiety and they turn to anxiolytics.

“But we have come a long way.”

-Oh yeah. I am very optimistic. And people increasingly turn to professionals and recognize their emotions. There are key issues. I see it a lot in my office and the first thing I ask is how well the patient sleeps. When you sleep badly, surely something worries you. A patient who hurts everything and sleeps well, well, the pain is treated. But if he sleeps badly … Something is tormenting him. And beyond the sleeping pill, you have to find out what it is that distresses you that prevents you from sleeping without medication. The future has to be better, for sure.