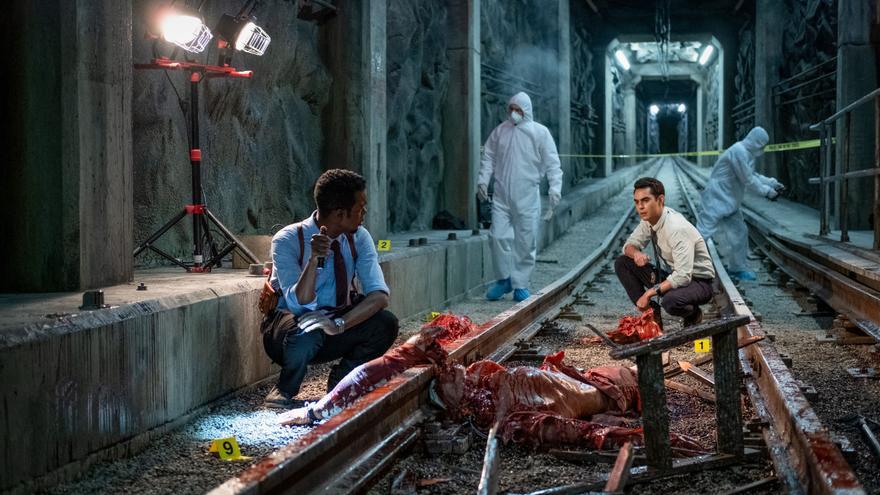 Los Angeles (USA), May 13 (EFE) .- Chris Rock, one of the best known comedians in the United States, has been commissioned to relaunch one of the most popular horror franchises in cinema, “Saw”, that returns this Friday with a humorous twist that will surprise fans.

“We had an agreement where I controlled the comedy and they controlled the drama, but gore and terror had to win,” Rock explains to Efe about the new stage of this saga that since 2004 has raised more than 900 million dollars with its eight deliveries.

On this occasion, the brand has been reformulated under the title “Spiral” and a new cast led by Samuel L. Jackson (“Pulp Fiction”), Max Minghella (“The Handmaid’s Tale”), Marison Nichols (“Riverdale” ) and Rock himself (presenter of the Oscars in 2005 and 2016).

However, the franchise has brought back Darren Lynn Bousman for directing duties, who knows the story very well by taking the reins of Saw II, III and IV.

The result is a film that takes up the tradition of the “buddy cop”, films in which two fellow police officers try to solve a crime, although it is full of the psychological and spooky games that made the “Saw” saga an emblem of cinema. Horror.

“When I saw the first movies I thought they were good, but I knew you could put comedy in without changing the integrity of the script,” recalls Rock.

In “Spiral,” a retired cop (Samuel L. Jackson) teams up with his detective son (Chris Rock) and a fellow police officer newcomer (Max Minghella) to investigate a series of murders that repeat the same ghoulish pattern. the crimes that in the past ravaged a city.

It was Rock himself who had the idea of ​​relaunching the franchise with comic elements and presented the project to the production company Lionsgate after the lukewarm reception of the latest installment, “Jigsaw.”

“When you enter a franchise that is already successful, you know they don’t need you,” says Rock, “so you have to appreciate being allowed in and introducing your own ideas.”

Between humor and gore, the script of “Espiral” also leaves in the air a handful of criticisms that point to racism in the US police departments, their flirtations with corruption and resistance to reforms.

And in this aspect, the figure of veteran Samuel L. Jackson is essential, who Rock describes as “one of the best actors in the world.”

“It took me a while to get comfortable on set with him,” he says.

The only condition the producers placed on Rock and Jackson was that humor and social criticism should not cloud terror.

And it made sense, since the premiere of the first “Saw” movie was a tremendous success, grossing $ 104 million when its budget was just $ 1.2 million.

Actress Marisol Nichols, of Mexican origin, completes the round of signings for this installment, which Lionsgate is considering moving to television.

“It is not comedy, but it has parts that give a break and are not taken too seriously. The fans will be satisfied, but new ones will arrive,” says the actress.