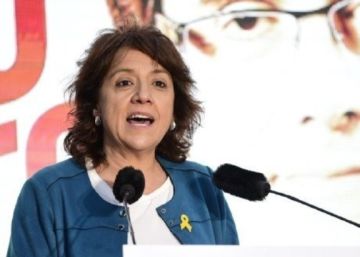 There are men and women so rooted in their classrooms without venting that they cannot relate to anyone outside their family without saying a thousand inconveniences. Used to using words like brunettes, Moors or fagots on Sunday tabletops, they do not understand the scandal that is formed when they are released in public places in the presence of people mentioned. When their children glare at them and say, “Dad, shut up, please,” they lift their chin in shredded pride, wondering what they have done to make them ashamed of them.

TO Vic Mayor Anna Erra the same thing happens a little. Accustomed at home to distinguish clearly between Catalan-Catalan and others, she is not aware of the ugly, antediluvian, gross and hurtful words that sound when they reverberate in the vault of a parliament. Erra surely will not understand what is so suspicious, when at home at lunchtime he says similar things and everyone seems natural and sensible.

And I have no doubt that Erra is moved by the best of intentions: she wants to save “those who do not seem Catalan” from their non-Catalanness as the ladies of the piggy banks of the Domund wanted to save the blacks from their blackness. You cannot reproach evil to those who move for good.

The one that loses, in the end, is the Catalan language, used as a weapon and shield instead of as a means of communication. If society paid attention to Erra and spoke in Catalan, ignoring the most elementary laws of courtesy and consideration of the other, Catalan would eventually become a dead, unfriendly and orthopedic instrument, much like the language of some of the programs of the TV engolados in which nobody speaks as people speak in the street.

Jorge Javier, forced to read a statement from Vox in ‘Sálvame’

What to see today Friday March 27 on television?