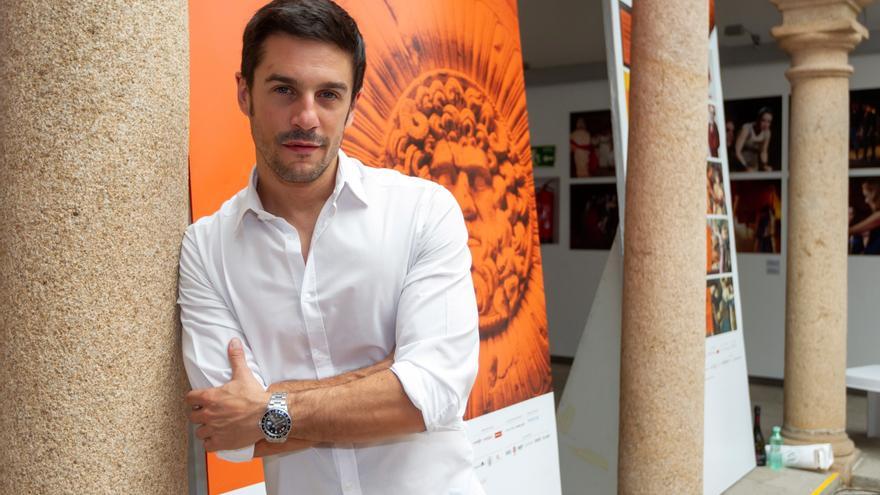 Mérida, Aug 10 (EFE) .- The actor Alejo Sauras elevates culture to the category of medicine before a dehumanized society, in which those who “have a problem with the world” threaten the most personal freedoms and to whom the artist, which gives life to Oedipus at the Mérida Classical Theater Festival, invites you to “leave and never return.”

In an interview with Efe, an enthusiastic Sauras has assured that his character will face in this review of “Edipo Rey”, carried out by Paco Bezerra and directed by Luis Luque, to a situation where fire pushes humanity to the brink of a moment of “rabid actuality” in which the scarcity of values ​​such as sacrifice or empathy “engulfs the world in flames.”

“Society is pushing the world to its destruction and we all have to be Oedipus, myths were born to provide answers, but this time it doesn’t just depend on one human being, we have to be all” he adds.

Likewise, it invites you to leave room for self-criticism and to resume the capacity for sacrifice that characterizes your character. “If we were like Oedipus the world would not go as it is,” adds Sauras, for whom the experience of representing this Greek myth has made him “rethink” many aspects of his personal life.

For the actor, fire can be represented in many ways and can mean many others, “not only something that destroys and ends, but also that which can be endangered and can be saved”.

That fire, in his opinion, is also currently close to the most personal freedoms and more specifically to LGTBI rights. Sauras played more than 21 years ago the role of Santi in the series “Al leaving class”, a gay teenager who lived in a society “that still left much to be desired”.

The actor affirms that that gay adolescent character, one of the first to appear on the screen, would feel like “all the people with a heart who have reacted humanely to events such as the murder of Samuel Luiz last July.

To those who do not want to grant others the right to decide on their personal life, the Mallorcan actor invites them to leave the world, because “gays are not a problem; the problem is people who hate the world and everything in it. he dwells. ”

After 25 years of career, he affirms that the path of an actor is unknown and tortuous from the moment one decides to undertake it, and even when you take the courage to do it, “you face all kinds of fears”, even more so if it fits in a country that “is not characterized by investing too much in culture.”

“Spain is not a country that has made it easy for culture and this is something that culture is surviving,” he explains.

According to the actor, culture in Spain has learned to remake itself and reinvent itself over and over again thanks to the support of “people willing to sacrifice whatever is necessary – as Oedipus does – for culture to survive all this time.”

He considers that enough is never done to help culture because unfortunately there are those who do not consider it important enough, and all this despite the fact that this is “the signature of a civilization” that survives time until we reach our days.

“Culture is what makes a civilization survive or fall into oblivion,” he adds.

In his second presence at the festival as an actor, Sauras shows himself with the illusion that characterizes the first times, but this time with a tragedy that launches an ultimatum to humanity.

“With a single person leaving the theater this Wednesday – opening day – thinking and convinced that he has to change his way of seeing life and dealing with it, it will all have been worth it,” he adds.