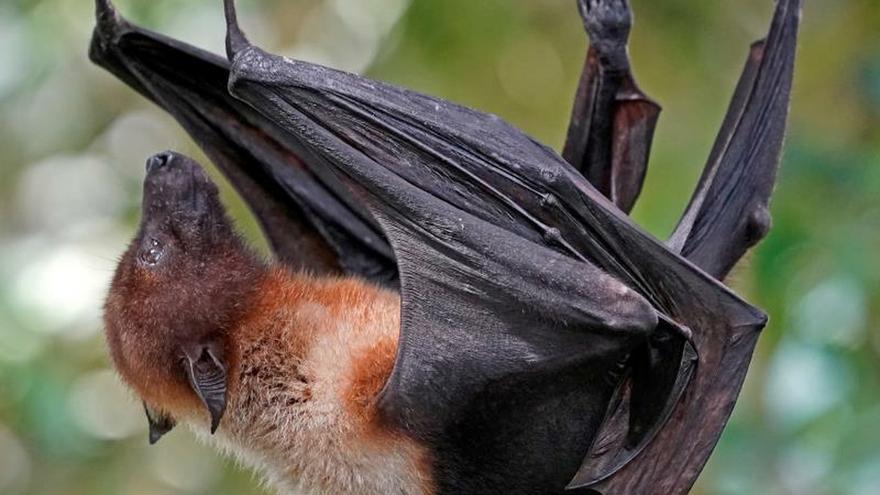 The origin of the SARS-CoV-2 coronavirus remains one of biology’s best-kept secrets. Revealing it is important to prevent future waves of COVID-19 and also to silence conspiracy theories.

It was learned very early on in the pandemic that the new coronavirus shares more than 96% of its genome with a coronavirus that infects bats. Now, a job An international team has attempted to reconstruct the SARS-CoV-2 family tree.

A previous version of the article was already released in late March in the repository of preprints BiorXiv, and now the study, once revised, has been published in the latest issue of the journal Nature Microbiology. Their results determine that the lineage of both coronaviruses separated between 40 and 70 years ago. This means that SARS-CoV-2 has been circulating undetected among bats for many decades.

That “is clearly seen in our analyzes,” the authors write in their article, who also issued a warning: at that time, more lineages with the traits appropriate to infect humans may have been differentiated.

“This long period of divergence suggests that there are viral lineages in bats with zoonotic potential that have not been sampled,” the text states.

Furthermore, they are viruses with a high capacity to exchange genetic material with each other, which implies, according to the authors, that “it will be difficult to identify viruses with the potential to cause major outbreaks in humans before they emerge.” Therefore, it is necessary to have a “real-time surveillance system for human diseases that can quickly identify and classify pathogens”.

The new analysis does not support the hypothesis – although it does not discard it either – that the pangolin was an intermediate step in the jump of bats and humans. Neither do snakes. “The current evidence is consistent with the fact that the evolution of the virus in bats has given rise to variants capable of replicating in both the human and pangolin upper respiratory tracts,” the authors write.

Joining these new results with what is already known, the first signatory of this work, Maciej F. Boni, from the Pennsylvania State University (USA), explains to SINC that the most probable scenario is that of a virus from a population of Bats from southeast China’s Yunnan Province, “where viruses with closest kinship originate” to SARS-CoV-2, which leaps directly into humans.

Many experts have already ruled out an artificial origin of the virus by genetic manipulation, since such an operation would leave unmistakable traces in the genome that are not in the new coronavirus. Boni also considers the hypothesis of a laboratory leak “unlikely”: “If the virus had escaped from a laboratory environment, the first affected individuals would have been the employees of the center and their families,” he says. “We didn’t see this in the original 44 cases in late December 2019.”

On when the jump to humans occurred, Boni refers to other viral genome analyzes already published by other researchers, indicating November 2019 as the most likely date. It is one more element in favor of the fact that the detection of the virus in samples of Barcelona sewage March 2019.

Drawing the family tree for the new coronavirus is not easy because it exchanges genetic material very easily, and “different regions of the virus genome may have different ancestors,” says the paper’s co-author. The genome of these viruses is like a Frankenstein meccano, assembled with pieces from different sources.

To draw the family tree while avoiding this obstacle, Boni and his colleagues used three different techniques to identify parts of the virus genome that have remained stable, without undergoing these genetic exchanges.

After comparing virus genomes from the same subgenus – sarcovirus – as the new coronavirus, the three techniques used indicate that it shares an ancestral lineage with its closest known relative, cataloged as RaTG13. Each technique gives a probable date for separation: 1948, 1969 and 1982. Hence the conclusion that SARS-CoV-2 must take decades to evolve into bats.

The researchers also examined the origin of the RBD protein, which is what opens the door for human cells by messing with its receptor, the ACE2 protein. It has already been seen that RBD is genetically more similar to that of viruses that infect pangolin than to other viruses of bats RaTG13, which is why pangolin is suspected as an intermediate host.

But what is seen in this work is that SARS-COV-2, RaTG13 and other pangolin viruses share an ancestral viral lineage – an ancient common ancestor – and not that SARS-CoV-2 has also evolved in pangolin.