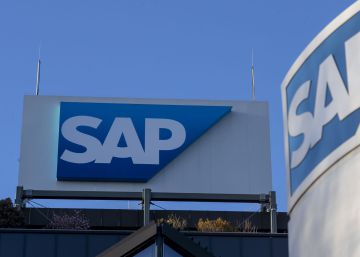 Christian Klein went to bed on Sunday as CEO of Europe’s largest technology company. By midmorning Monday, after investors digested SAP’s new targets, it had lost that crown along with $ 30 billion in market value.

Before, it was targeting 35 billion in revenue in 2023 and a 34% operating margin. Klein, in a surprise announcement late Sunday, issued new goals for 2025. In that year, it expects to generate 36 billion sales with a 32% margin. This implies that revenues will grow at an average compound annual rate of 5% from the 2019 level, compared to the 6.8% expected before.

In a sense, the reaction of investors, who sent the stock down 22% yesterday, may appear harsh. The main reason for Klein’s decision is that the pandemic has made corporate customers increasingly opt for the less profitable cloud versions of their software.

This comes with a short-term hit, losing revenue from high-margin licenses and having to pay for the switch to new systems. New cloud contracts typically take four years to become profitable. But the change also gives a much more stable flow of money, which investors value highly. Let’s say Klein hits its new target of nearly $ 22 billion in cloud revenue by 2025. At a multiple of 10 (a slight discount to Salesforce and Microsoft), and deducting debt, SAP’s cloud business would be worth it. only 210,000 million in four years. That’s 80% more than the total diminished value of the company’s equity, $ 119 billion.

However, it would be unwise to give Klein credit for his new goals on the same day that he just scrapped others. And the first evidence is contradictory: SAP’s cloud contract portfolio for the next 12 months grew 16% year-on-year in the third quarter, less than the 21% rise in the first half. Klein’s argument is that the sky is opening up, just a little later than expected. Shareholders are willing to wait and see.