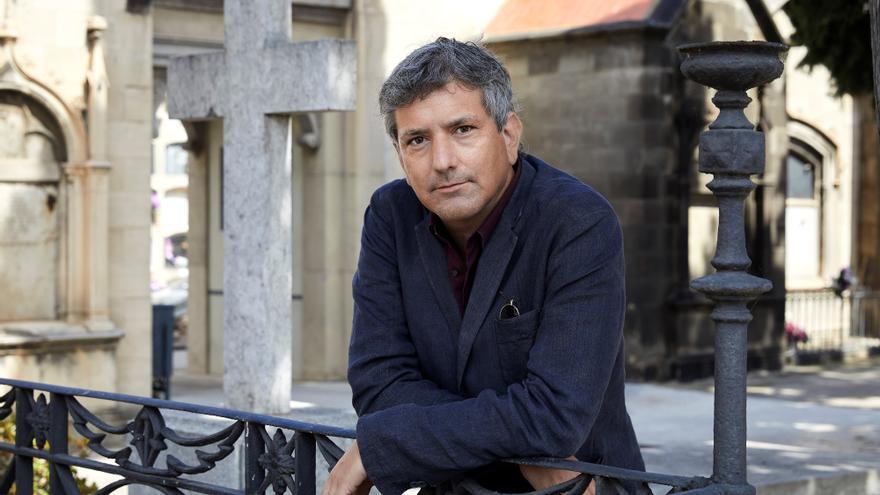 "There are many types of foreigners, homosexuals, the ugly, the poor, the marginalized of all kinds, considered different and not accepted in their social environment. In what I write I identify with those people," he said this Saturday in an interview with Efe the author.

Roncagliolo, born in Lima in 1975, grew up in Mexico, where he learned to read. Upon returning to Peru, he felt the sensation of being a foreigner in his own country, which haunted him when he left again to settle in Spain.

With this background, it is logical that Roncagliolo's characters are often lonely, afraid or dig into their past, as is the case with Jimmy, the young protagonist of his new novel: "And free us from evil", published by the Planeta publishing house. .

The 394-page work recreates the story of an American boy son of Peruvians, just out of college. He is surprised that his father does not travel to Lima, not even to take care of his sick mother, and he assumes the task of caring for Mama Tita, the grandmother who, when she visited him as a child, fed him fantasies.

Jimmy embarks on a heartbreaking journey to his origins and discovers a dark history around his father and a notorious case of pedophilia related to the abuse of power and religious fanaticism.

"I am interested in children looking for their parents. I am interested in how we inherit silences, secrets, taboos, mysteries and how people experience great traumas and dark moments in a country. I usually dive into sinister social moments and see how the little people try to cope and how they explode their family relationships, love, friends ", he assures.

While taking care of his grandmother in Lima, the young man collides with classism, machismo, racism, homophobia and the frequent uncivil side in many parts of Latin America and takes the opportunity to portray a Lima, who because he lives abroad, he sees from a different angle.

"My latest novels go back to Peru in the 70s, the 80s. I have to explain to my children where their story comes from so that it doesn't happen to them like Jimmy, so they don't have to one day look for their father's story and find what they don't expect. So in my last books I've been trying to rebuild that place, "he reveals.

Roncagliolo is a journalist, screenwriter, translator, and playwright. He masterfully handles numerous genres, but "And deliver us from evil" could only have written it as a novel. He was interested in reflecting the perpetrators of pedophilia and to write about this topic it is impossible to find sources for a chronicle or a report.

"The part that interested me was that of the perpetrators and I had no possible sources. There was no one to ask. No one was going to answer me. The novels reach the place where we cannot arrive with reality. We can only arrive through the knowledge of the human beings and imagination. That is the exploration that can only be done from fiction, "he explained.

Roncagliolo is one of the most powerful Latin American writers.

The Wall Street Journal named him as an upcoming García Márquez, but the author lives distracted from fame. His obsession is more humble, to put himself on the side of the sad, of those who are afraid, the different, foreigners wherever they move between heaven and earth.