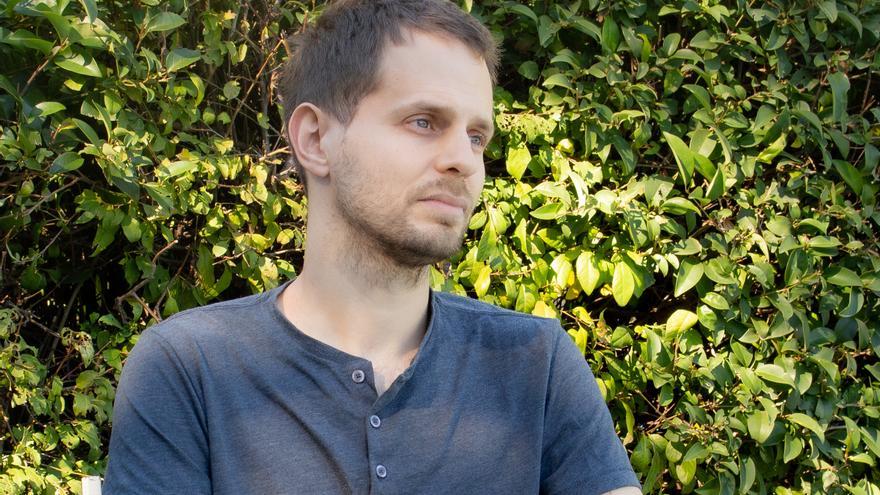 “Parents are the destiny chosen by their children,” says a voice recorded on a CD, “and I clarify it because you are going to show an increasingly impulsive, overflowing character. This energy of many lives is the same that could generate a trend to attract complicated men to march by your side. Couples and difficult relationships, “the recording continues.

These words correspond to a ‘karmic letter’ that a grandfather has made for his newborn granddaughter. A dire prediction for the future that the narrator cannot help but reproduce. The protagonist of The other daughter He doesn’t really believe in astral predictions or pseudosciences, but the voice of the CD, somehow, nests in him and makes him doubt everything. Why would a grandfather say something like that about his granddaughter? What relationship did he have with his father? Will you be able to avoid your mistakes? To contradict that ‘karmic card’?

Magical thinking dynamites the few bridges that the narrator of The other daughter had with his own father. A narrator who is none other than the writer Santiago La Rosa (Buenos Aires, 1987), who in his new novel reflects with surgeon precision on the fears associated with parenthood, inherited errors, the will to change and silence as corrupting of any affective relationship. Five years after his debut with Australia (Metalúcida, 2016), La Rosa returns with The other daughter (Editorial Sigilo, 2021), while combining his career as a writer with his work as director of the editorial Chai, which he maintains from a small town of 500 inhabitants in the province of Córdoba, Argentina.

“The other daughter was born from a theme that was already present in Australia: the terror for children, the role of the father “, explains Santiago La Rosa to elDiario.es.” How they are cared for and how they are understood. What is it like to be a father today, when the way and the violence and the distance from the parents we knew is so questioned, was one of the vital questions that pushed me to write this story. “

The other daughter it is a story of crossed fatherhoods, ascendants and descendants. The protagonist has just become a father and his new condition provides zero certainties. Submerged in a sea of ​​doubts, the narrator considers the education he received from his own father, a famous popularizer of macrobiotic nutrition. A man with whom he barely has a relationship, who does not know his granddaughter although he claims to know her future. What did your father teach you about being a father?

“Fear is almost inherent in having children and the idea of ​​not repeating patterns as well,” says the novelist. “Perhaps now fatherhood brings more questions: in the case of the narrator, the certainty and security of the birth chart confuses and scares him because he is confused in the face of this new role. How do you become a father if the inheritance we had is useless. If we want to avoid violence and leave room for subjects, children, raised in coordinates that were not ours at all, we must accept that we have to invent new forms, not know. “

The birth chart that the grandfather prepares for the granddaughter leaves the child’s father displaced. He sows a seed that makes him live in fear, that takes him away from his loved ones, from his partner, from his daughter. But he pretends to have everything under control, keeps quiet and decides for others, thinks he knows what is convenient, thus replicating a pattern of toxic masculinity from which he believed he was free.

“It is not something that he has consciously thought during writing, but everything repressed, violence, fear and impotence, generates that toxicity that you mention and that somehow alienates him from those he wants to take care of”, reflects Santiago La Rosa . “I think about it more from the unconscious: the weight in the present scene of all the memories, the beliefs and, above all, of the unsaid.”

For the writer “the words of an astral destiny – in which the narrator at another time might not believe – have a deadly value and weight”. According to the author of The other daughter, in his novel “magical thinking breaks in, distorting the link with the other. Perhaps it is, in the end, a form of neurosis that does not allow us to see that daughter or that wife, but rather the terrors or the narrator’s own limitations”. And he adds: “in the novel, astrology and discourses on the body and violence always break in and isolate the narrator. That is the heritage he brings and deals with throughout the novel.”

The absent grandfather of the novel devoted himself for years to Gestalt therapy, a psychotherapy that has many professionals in psychology and psychiatry on the warpath considering it a pseudoscientific intrusion. And with his current talks on macrobiotic eating –a diet that is based on the oriental concepts of ying and yang-, travels all over the world offering advice and recipes to those who want to listen to him, with payment, obviously.

“Writing this novel required me to do research on disciplines that have always been fascinating to me because of the effect they have on those who are traversed by them,” says La Rosa. “One can believe, inform oneself and argue against it, one can laugh every day at astrology with its horoscopes, but in moments of anguish there is something about those words that weighs differently, that has an effect,” he reflects. “All the disciplines that speak to the subject, that speak to us and about us without knowing each other, fascinate me.”

Ultimately, it turns out that personally, the advice that the character of the grandfather offers in exchange for money has not served him much. He was divorced when the narrator was young and did not help his family at all. He is hardly known any more blood ties, neither mothers nor fathers, nor cousins ​​nor uncles.

“A friend read the novel recently and told me that it has something of a ghost novel. I liked that. The narrator looks all the time for elusive figures, who are no longer there and who perhaps never were but who are very present in the day a day of their relationship and parenthood, “explains the author. “We can escape from a person, from an attack, from a traumatic situation, but sometimes it gives us the feeling that there is no possible escape. In the novel, the narrator wants to forget, not think, not see, and somehow the The tragedy that precedes him is present to him all the time. He thinks about those bonds, in his work and especially in the relationship with his daughter. In some way, what moves the book is the narrator’s intention to do something different as the father of what they did to him as a son. “

An intention that intertwines the reading of The other daughter with a contemporary sensibility about maternity and paternity in fiction. The same book cover, made by Ana Galvañ, connects The other daughter with We need to talk about Kevin, by Lionel Shriver, a novel for which the Murcian illustrator made a commemorative cover of the 50 years of the Anagrama publishing house. A title with which “he shares that idea of ​​the terrifying in the bosom of a family, of the family nucleus as the place of the ominous and the impossible to get rid of.”

Many other readings were essential to write The other daughter. “I revisited what for me were the great fictions that made me want to write, the books that, on the other hand, have memorable parents, powerless parents in the face of children who do not understand and cannot care. I think especially of Misfortune by JM Coetzee and American Pastoral by Philip Roth, but also in the most recent Road by Cormac McCarthy where the father-son dyad is pushed to the limit “.