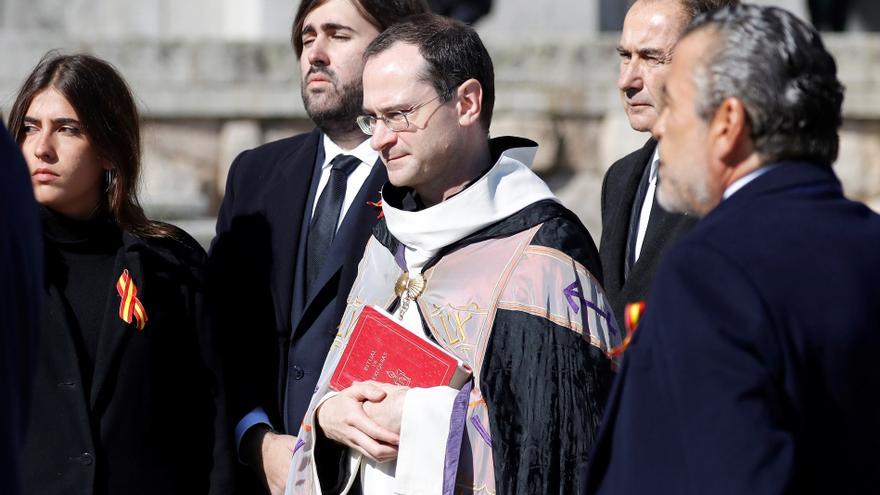 “We will continue our life in the Valley, and the academic year with all tranquility and normality, knowing that God and our heavenly Mother watch over us all.” The prior of the Valley of the Fallen, Santiago Cantera, has asked the monks of Cuelgamuros for “calm and serenity” before their expulsion from the complex after the approval of the Democratic Memory Law, in a letter written to his community to which he had access elDiario.es. In it, the religious confirms that they will sell their exit dearly, predicting a judicial process that can last “months, even years”, and for which they have, together with their own legal team (the same lawyers who represented them in the case for Franco’s exhumation), with the invaluable help of VOX, which has already announced that it will bring the law to the Constitutional Court.

“It is known since at least one political party will also file an appeal for unconstitutionality,” explains Cantera to the monks, without expressly citing the far-right party. In his letter, the prior acknowledges that “the news that appears in the media about the Democratic Memory Law and the Valley can be very disturbing,” and he attacks “the manner and with the anger with which some of those media they offer it. ”

Resources to “delay the procedure”

After its approval in the Council of Ministers, says the prior del Valle, it is likely that the draft bill “will begin its proceedings in the Congress of Deputies, where the entire debate can last for months or even a year.” “It is probable that they want to expedite its approval,” Cantera warns, adding that “there will also be resources and factors that may delay the procedure.”

“Although the extinction of the Foundation of the Santa Cruz del Valle de los Caídos that the draft law provides is not a good thing, the text of the draft does not say anything about the disappearance or expulsion of our community or the Escolanía”, he insists the friar, who points out that, “once the law was approved by the Cortes, the new legal regime of the Valley would have to be regulated by a royal decree that, if it were frankly negative for us, could be appealed and this would mean another prolongation in the time”.

In spite of everything, the prior del Valle recalls that the presence of the Benedictines in the complex does not depend “solely or exclusively” on the existence of the Foundation, but rather has “other weighty foundations” that “cannot be annulled without further ado” . Among them, his task of custody of the basilica. As we have already reported, the Government intends to negotiate with the Catholic Church a new legal status for the temple, which would come under the direct responsibility of the Archdiocese of Madrid and whose management could be left in the hands of the Community of Sant’Egidio. “Keep calm and trust in God,” concludes Cantera’s letter.