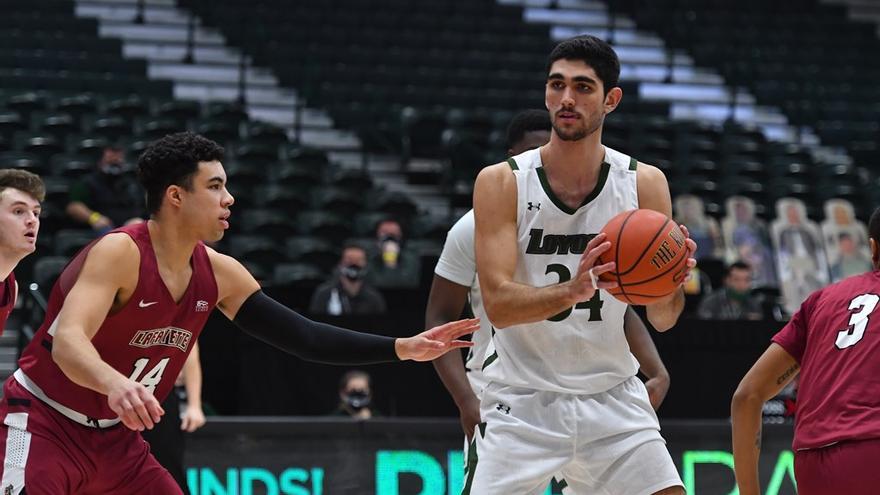 “I have decided to enter my name in the 2021 NBA Draft while maintaining my college eligibility. I have always dreamed of becoming a player in the NBA and I’m ready to take the next step in my basketball career. ”

Thus ends the letter with which the Gran Canaria Santi Aldama has made his decision public: to try to find a place among the next 60 players to enter the best basketball competition in the world since the NCAA –America’s College League-. And it is that Aldama, 20 years old, has taken the step of becoming a eligible player for the franchises that are looking for talent for their squads on July 29 – the deadline expired on May 30 -.

This decision brings the player closer formed in the Canterbury quarry to the elite of world basketball. However, Aldama can still rectify his decision, since players who have not completed the university cycle – as is his case – have until July 19 to decide whether to remain on the list or not. In the event that he is erased from the 2021 Draft, he could continue his NCAA stint without issue. Now he has a chance to start testing what his name sounds like in NBA circles. And that’s what you will be looking for.

“I’m looking forward to showing the NBA teams more about myself., showing them how I can do the same things I did throughout the season against stronger and faster players, “the player said in statements to ESPN. “The main thing for me to stay in the NBA draft is to feel that the teams have a real interest in me and would like me to be part of their team. That is the key for him to remain in the draft, “he said.

In this season, his first complete since he arrived in the United States since he missed much of the first while undergoing surgery, Santi Aldama has exploded. With Loyola Greyhounds, the interior of Gran Canaria has averaged 21.2 points and 10.1 rebounds this season. His shooting percentages: 59% on the two-point shooting and 37% on the triple.

These qualities, among others, allowed him to place his signature on the same level as some of the NBA greats such as Carmelo Anthony, Kevin Durant and Michael Beasley. Only the three of them and Aldama have achieved more than 20 points, more than 10 rebounds and at least one triple per game in the NCAA in the last 25 years.

All with colossal games, like the one he signed in the semifinals of his university conference against Army, where he signed 33 points (13 of 15 in shooting and 5 of 6 in triples) and 12 rebounds. A real exhibition to guide their people to the fight for the title against Colgate, which would have given them access to March Madness, the tournament where the best are cited.

A member of the ideal quintet of his conference, the Patriot League, Aldama began to climb in the forecasts of the next NBA draft, a place unknown to his name very recently. For example, the latest update of The Athletic dated April 4, places Aldama in position 44. In turn, the ESPN also considers that the player from Gran Canaria will be within the 60 chosen in the next Draft and gives him position 57 on the list. The future seems his.