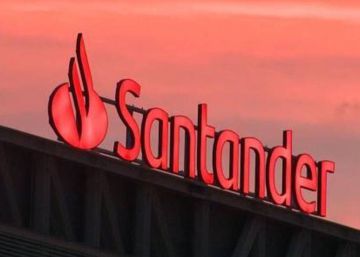 Banco Santander leaves behind the worst of the Covid crisis. The entity recorded a profit of 1,608 million euros in the first quarter of 2021, almost five times more than the 331 million profit of the same period last year, in which a provision of 1,600 million euros was recorded due to the pandemic. The profit until March is above the expected by the analysts, who anticipated a result of 1,200 million, according to the data of Bloomberg.

Santander has recorded a net charge of 530 million euros this quarter, corresponding to the restructuring costs forecast for the year as a whole, mainly in the United Kingdom and Portugal. Of that figure, most corresponds to the United Kingdom (293 million) and also Portugal (165 million). For its part, Digital Consumer Bank is assigned 16 million and the corporate center, 56 million.

Without taking into account the extraordinary charge, the ordinary profit between January and March amounts to 2,138 million euros, compared to 377 million euros in the same period of the previous year. This is Santander's highest ordinary profit since the second quarter of 2010.

The pull of the United States market and the good performance of Brazil are the main reasons for the improvement in forecasts. The US business contributed 616 million to ordinary profit (in the first quarter of last year it was 60 million) and the Brazilian market contributed 562 million (517 in 2020). Mexico recorded a drop in net profit, standing at 182 million compared to 220 in the first quarter of 2020.

In the United Kingdom, ordinary profit was 294 million euros, compared to 52 million the previous year, due to lower provisions and higher income, which increased 12%. Spain for its part registered an ordinary profit of 243 million, compared to 90 million a year ago. The improvement in profit in Spain was due to lower provisions (-29%) and cost reduction (-8%), with stable revenues.

The group's interest margin until March fell 6.3% compared to the first quarter of 2020, reaching 7,956 million euros. Without the effect of exchange rates, the interest margin would rise 5% thanks to the fact that "new credit returned to pre-pandemic levels in Europe and South America." The entity's gross margin fell 3.5% to 11,390 million euros. The net margin increased 1% to 6,272 million.

Ana Botín, president of the bank, was optimistic about the recovery. "We are confident of reaching our objectives for 2021, with the improvement in the efficiency ratio, the reduction in the cost of credit and the increase in profitability," he said in the note.

Santander confirmed this Wednesday the changes in the management team of the European region "to continue advancing in the development of One Santander". António Simões will be CEO of Santander Spain and will continue as regional head of Europe. Replaces Rami Aboukhair, who has been appointed global head of Cards and Digital Solutions of the group and will report to the CEO, José Antonio Álvarez.

With the appointment of Simões as CEO of Santander Spain, the management structure of Europe "is aligned with that of the North and South American regions, where the regional managers are also CEOs of a country."

For his part, Rami Aboukhair's new role is created to "develop the card business in the context of One Santander's vision." The goal is to "build a single card deck."

Ana Botín thanked Rami Aboukhair "for his success in transforming Santander Spain over the last six years and in integrating Banco Popular".

Changes are also announced in Santander UK, where the current CEO, Nathan Bostock, will take on a global role as head of Investment Platforms. The succession plan for the appointment of the new CEO of Santander UK is underway and Nathan Bostock will remain in office until a successor is appointed.