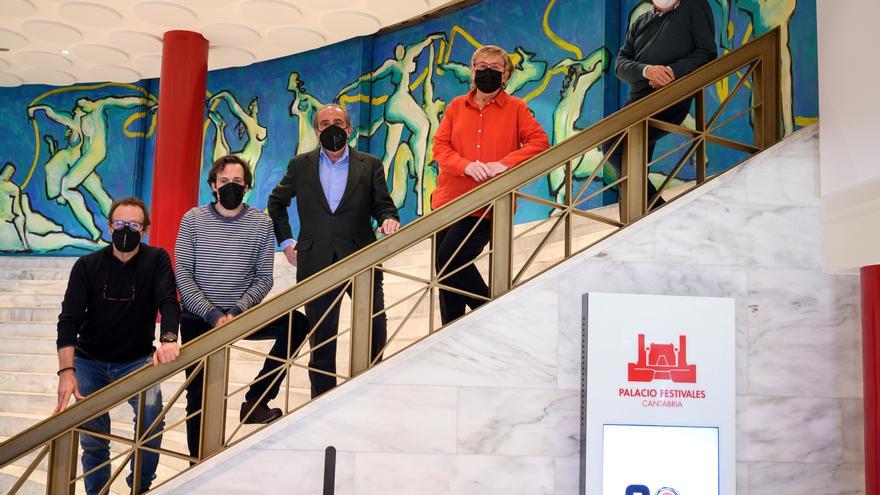 Santander, May 6 (EFE) .- The Palace of Festivals of Cantabria premieres this Friday and Saturday the adaptation of the most performed play by Éric-Emmanuel Schmitt, “Enigmatic Variations”, which the actor Alberto Iglesias has adapted, which also he stars in that piece, in which he did not want to lose “the poetics” of the French-Belgian playwright’s text.

Alberto Iglesias presented this work at a press conference this Thursday, with his co-star, Juan Gea, the director of the representation, Román Calleja, and the general director of Government Culture, Gema Agudo, who explained that the public will be able to See “Enigmatic Variations” this Friday and Saturday at 7.30 pm in the Argenta room of the Palace of Festivals, which celebrates its 30th anniversary this year.

The play tells in a suspenseful tone how a Nobel Prize winner in Literature named Erik Znorko (Juan Gea), who lives isolated on an island in Norway, grants an interview to the journalist Erik Larsen (Alberto Iglesias), in which they delve into universal issues of human existence, such as love, life, death, or loyalty.

Iglesias has assured that he is “hungry and in need” to share this function with all Santanderians, and encourages the public to go to the Palace of Festivals to see a work that “is a marvel” and with which he fell in love since he read the text.

He explained that the adaptation has been made from different versions in Spanish, English and Catalan, and has tried to “clean the dust” to make it closer to the audience “without losing the poetics of the work.”

“Adapting is a wonderful game, for me as a playwright it is a well of knowledge, since when you delve into another author you learn a lot”, Iglesias has expressed.

Román Calleja has stressed that it is a reflection on “how life changes all the plans that people organize” and has highlighted that basic concepts of theater such as surprise or imagination “become protagonists”.

Calleja recalls that “Enigmatic Variations”, which lasts a little over an hour and a half, is the most reproduced work by Éric-Emmanuel Schmitt, an author who has been translated into 43 languages ​​and represented in more than 50 countries.

For Juan Gea, the role is “new”, because although it has “the same essence” as when he performed it 21 years ago, on that occasion from Erik Larsen’s perspective this change of character has made him realize that “life it is according to the point of view from which you look at it. ”

Gea believes that the play is “a confrontation between reason and passion” in which secrets are uncovered and the protagonists take off their masks, showing little by little what they really are like.

The general director of Culture of the Cantabrian Government recalled that Cantabria was the first autonomous community to offer a live concert in the pandemic, after home confinement, and from there she has assured that from her Ministry it has been “very clear that the culture is a value that helps to recover life and make it better and easier “.