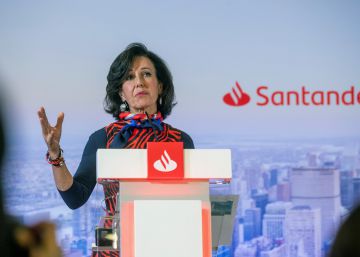 Banco Santander will increase its stake in its Mexican subsidiary to control 100%, compared to the 91.7% it currently has, and will exclude it from listing. The entity will offer minority shareholders, who control 8.3% of Santander México’s outstanding capital, 24 Mexican pesos for each security (and its equivalent for each ADR, the securities listed on the New York Stock Exchange), the which represents a premium of 24.3% over the closing of the subsidiary on March 25. The acquisition of 8.3% of the capital implies an investment for Santander of 550 million euros.

The operation will have an impact on the group’s solvency ratio, as it would reduce the group’s CET1 capital ratio by approximately 8 basis points. As of December 31, 2020, the group had a CET1 ratio of 12.34%, above its target range of 11-12%.

The operation “values ​​the shares of Santander México at a price in line with the average target price of the analysts for the next 12 months” and also offers the shareholders of the Mexican entity “the possibility of disinvesting in a security with limited liquidity” , the group points out in a relevant fact sent to the CNMV.

The operation “is also positive for Banco Santander shareholders,” since it “improves the group’s capacity for growth and capital generation.” Furthermore, it is “consistent” with Santander’s strategy of “allocating its capital to countries with greater growth potential,” he explains.

The entity estimates that the operation will have a return on invested capital (ROIC) for Santander of 14% and will improve the bank’s earnings per share (EPS) by 0.8% in 2023. In addition, it will increase the capacity for organic capital generation of the group and will be neutral in tangible net worth (TNAV) per share.

The operation is expected to close in the second or third quarter of 2021. The start of the offer is subject to regulatory authorizations, as well as the approval of the cancellation of the registration of Santander México shares in the Mexican Stock Exchange. .

Banco Santander will report at the general shareholders’ meeting, which is held today at 12 noon, on the “good evolution of the business in the first quarter of 2021”, with income “in line” with those of the fourth quarter of 2020, according to a relevant event sent to the CNMV. The entity will report that the board of directors “intends to resume a shareholder remuneration policy of 40-50% of the group’s ordinary profit”, once the supervisors allow it. For this reason, it will “reserve the necessary amount of capital” to carry out this policy, once it receives the green light from the ECB, which is expected from September.

At the moment, the European monetary authority has limited to 15% of the benefit the payment of the dividend until September, and only for entities with solid capital. Given the uncertainty due to the impact of the pandemic, the entity recommended at the end of 2020 “extreme caution in relation to dividends and share buybacks.”

Santander will report at the meeting in addition to the fact that the bank “continues to generate savings that improve the group’s efficiency ratio.” In addition, the cost of credit “continues its downward trend.” The bank now expects to achieve a return on ordinary tangible capital (RoTE) of about 10% by the end of 2021.

The group’s board has also decided to appoint Andreas Dombret to the bank’s international advisory board. Dombret was a director of the Deutsche Bundesbank between 2010 and 2018 and a member of the supervisory board of the European Central Bank between 2014 and 2018. Before that, he was vice president of Bank of America in Europe and held senior positions at Rothschild, JPMorgan and Deutsche Bank. Dombret “brings knowledge and experience in financial services, central banks and banking regulation,” the bank notes. With your profile “you will contribute significantly to reinforcing the role played by this council.”